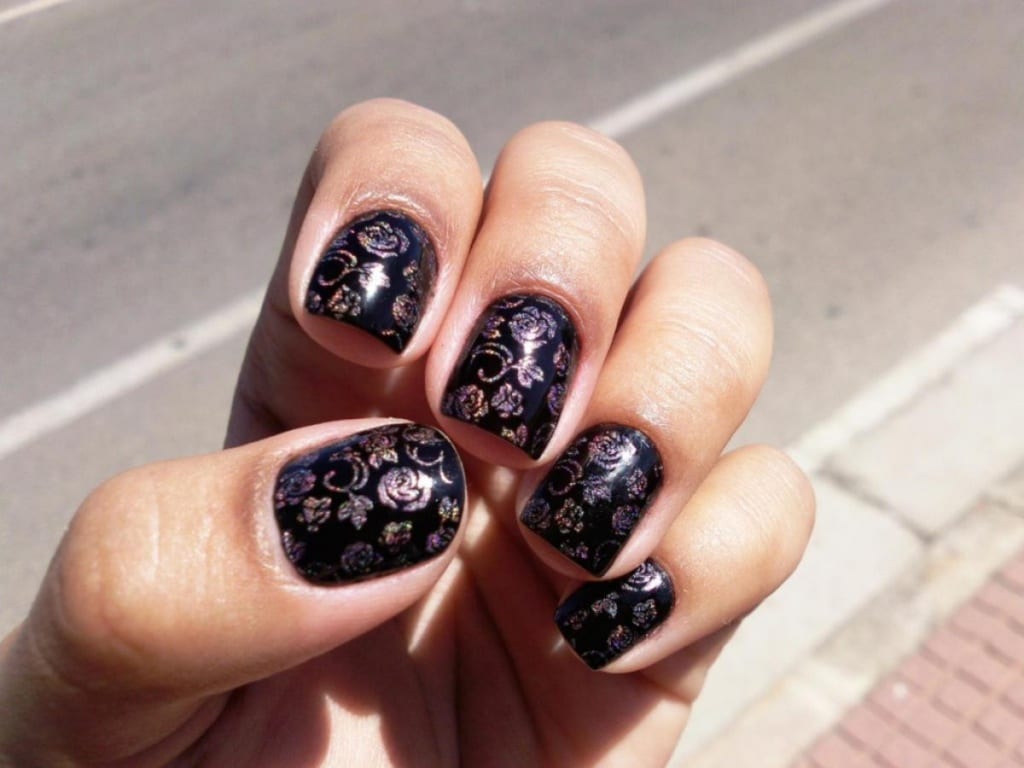 How to make your hair thicker and nails stronger

Looking good is just as much about taking care of your body on the inside as it is about using products on the outside. And we’re not just talking about your skin: “A nutritious diet promotes healthy nails and hair, too,” says Joshua Zeichner, MD, director of cosmetic and clinical research in the department of dermatology at Mount Sinai Hospital in New York City. But there’s no need to add a refrigerator’s worth of new foods to your diet. “Since both hair and nails are made of keratin, through a similar process in the body, it’s thought that nutrients that help one can also help the other,” says Dr. Zeichner. Ready to say bye-bye to brittleness? Read on for foods that will help you achieve thicker hair and healthy nails.

A juicy steak is loaded with protein, and it also has another nutrient that’s important for hair and nail health: iron. “People with iron-deficiency anemia often have thin hair,” says Dr. Zeichner. And according the American Family Physician, iron-deficiency is associated with koilonychia—a nail disease characterized by spoon-shaped nails. That doesn’t mean you should eat red meat every day of the week. Red meat is high in saturated fat, and eating a lot of it has been associated with an increased risk of several health problems including heart disease, several types of cancer, and type 2 diabetes. But you can safely indulge in a lean cut of beef once a week. If you think you may be deficient in iron, talk to your doctor about starting a supplement.

“Antioxidants help protect your body’s cells against free radical damage,” says Erin Palinski, RD, author of Belly Fat Diet For Dummies. “This damage increases stress hormones and inflammation, which impacts all cells in the body, including those in the hair and nails.” Among other fruits and dark greens, Palinski calls out blueberries: “They have one of the highest antioxidant properties of all fruits,” she says.

Not only are almonds a good source of protein, they’re loaded with magnesium, which helps maintain healthy hair and nails. “Magnesium is Mother Nature’s anti-stress mineral, and stress is a major factor in hair loss,” explains Ashley Koff, RD. “Vertical ridges in your nails may be a sign of inadequate magnesium,” adds Palinski. You can also get more magnesium through leafy greens, cacao nibs, and soybeans.

Beer is one of the richest sources of silicon in the average diet, says research from the Journal of the Science of Food and Agriculture. “Silicon is a trace mineral thought to increase circulation to the scalp, which is good news for hair growth,” says Rebecca Kazin, MD, dermatologist at the Washington Institute of Dermatologic Laser Surgery and the Johns Hopkins Department of Dermatology. That explains why a daily 10-milligram silicon supplement was shown to reduce hair and nail brittleness after 20 weeks, according to the Archives of Dermatological Research. No need to go overboard, though: Most single servings of beer contain more than 10 milligrams of silicon. Experts recommend that having no more than one drink a day if you’re a woman, and two if you’re a man.

“Zinc is needed for many biological processes, including making proteins like those in your hair and nails,” explains Dr. Zeichner. Oysters have 74 grams of zinc per serving, far more than any other food, says the National Institutes of Health. Not lucky enough to eat oysters every day? Beef, poultry, fortified cereals, and baked beans can also help you up your intake.

More research still needs to be done, but some studies suggest a link between vitamin D and hair loss. Example: Women with hair shedding had lower vitamin D levels than women with healthy hair, according to a Skin Pharmacology Physiology study. Plus, Koff says calcium is a key mineral in building healthy hair and nails (note: you need vitamin D to absorb calcium). Of course, vitamin-D fortified milk offers both, but speak to your doctor about a vitamin D supplement if you think you might be deficient.

Eggs are a good source of protein and contain some vitamin D, and they also have biotin. “Biotin, a B-complex vitamin, may play a role in the development of keratin,” says Dr. Zeichner, who explains that patients with biotin deficiency often have weak hair and nails.

Note: If you have a major nail concerns, you may want to consider a biotin supplement. A daily dose of 2.5 milligrams may strengthen brittle nails, says a Journal of Drugs in Dermatology review, and that’s too much to get from food (you’d need to eat over 300 eggs, in fact).

Salmon is a good source of biotin and protein, along with omega-3 fatty acids, which reduce inflammation, and promote healthy, moisturized skin. And don’t forget, your scalp is skin, too: “A healthy scalp means healthy hair follicles, which mean healthy hair,” says Dr. Zeichner. Omega-3s’ inflammation-reducing effects are also good for your nails: “Inflammation impairs the healthy development of your nail plate,” says Dr. Kazin.

Rats deficient in selenium (a trace element linked to protection against oxidative stress) have sparse hair growth, says a study in PLoS One. Just six to eight Brazil nuts meet almost 800% of your recommended daily value, according to the National Institutes of Health.

To keep your strands strong and luscious, snack on some walnuts. They are chock-full of two secret ingredients for gorgeous locks: omega-3s (which keep your hair hydrated) and vitamin E (which repair damaged follicles. Plus, walnuts also contain copper, which studies have shown may keep your natural color rich and stave or premature grayness.

Eating coconut oil may not may not magically transform your mane, but applying this food directly to your hair could actually do wonders. That’s because it contains proteins that are essential to revitalize damaged hair. Try rubbing a pea sized amount of oil between your fingers and then applying it to the ends of your hair or halfway down your strands, to keep it shiny and frizz-free. Or use it for a DIY hair mask or cuticle softener.