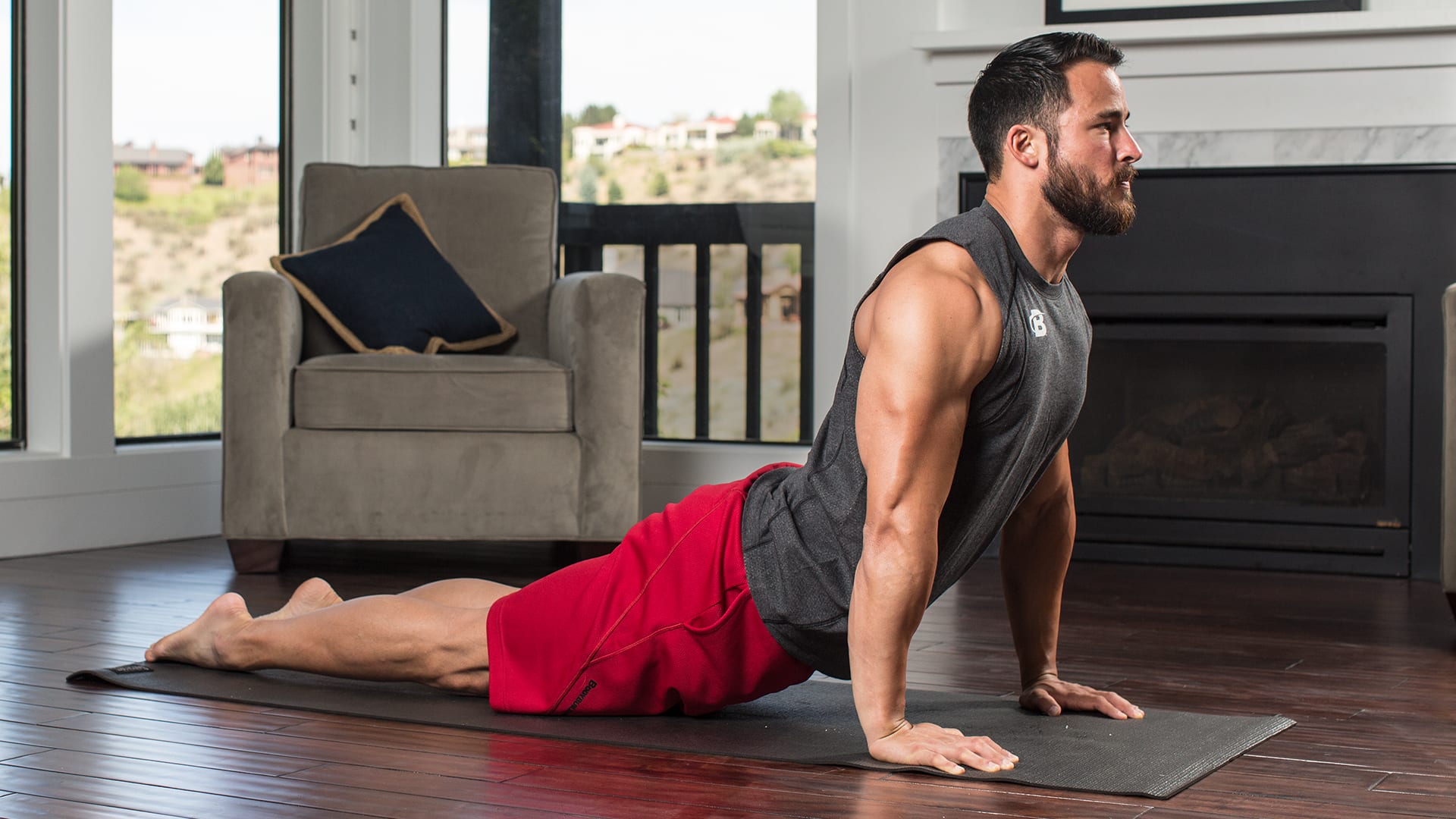 Years ago, just as Jay Cutler was ascending to the top of the bodybuilding world, he told me about a secret he’d recently begun to incorporate into his training. It was yoga! He credited his improved flexibility with his ability to train more efficiently and avoid injury. And then he won the Mr. Olympia title.

Today, there are more yoga studios and yoga classes than ever, but a lot of people—men in particular—remain confused about what happens inside those classes and how they should feel about it. Is it stretching, meditation, some combination thereof, or something else entirely? Could it be the secret to unlocking your tight hips and superhuman athletic potential, or will it just make you sprout a man bun and go all new agey?

Wonder no more! Here’s why you have nothing to fear—and everything to gain—from adding a little yoga to your life.

What Do I Need To Begin?

You may think that range of motion is the same thing as flexibility, but it’s a little different. Many guys know they have a tight muscle group or two—most frequently the hamstrings, glutes, pecs, and shoulders. But they may not realize the limitations any of these place on their ability to train through a full range of motion. The more you train them through a limited range of motion, the more limited you become as a lifter—and a functional human being.

One of Cutler’s limitations was his tight shoulder joints, which he found didn’t allow him to stretch his pectorals fully during pressing movements, which in turn reduced his ability to build chest mass. Increased flexibility opened him up to a better pressing motion—and the type of development that helped him eventually win four Sandow trophies.

A well-designed yoga class emphasizes moves that open up virtually all of these problem areas, because everyone, everywhere, can benefit from opening up their hunched shoulders and tight hips. Consider this quality movement training of the first order.

Yoga is more like quality movement practice than exercise. It may floor you at first, but over time its benefits will surprise you.

You might think that you breathe perfectly fine. But you’d probably find yourself challenged by how much yoga asks you to focus on inhaling and exhaling, particularly while you’re attempting to hold tough poses in unfamiliar movement planes.

As a yoga class gets more intense, the breathing slows down rather than speeding up. This teaches you to take in long, slow breaths when you need them most, expanding your lung capacity to allow you to take in the same or greater amount of oxygen from fewer inhalations.

This is one reason you might feel a kind of bliss akin to the legendary “runner’s high” during a yoga class. More importantly, you’re training your body to oxygenate itself more efficiently. That’s important for cardio activity, strength training, and yes, muscle-building.

Every yogi out there has a story (or twenty) about that time they saw a strong, muscular guy walk into class and get totally owned by a routine the smaller, less muscular women were rocking. Why does this happen? Because that guy, who no doubt earned his physique in the classic two-feet-on-the-ground, two-hands-on-the-bar power stance, got shown that he remains weak in his stabilizer muscles.

Yoga takes you out of your traditional gym stance, requiring you to get stronger in every movement plane.

Yoga includes many unique moves in addition to basics such as down dog, plank, and warrior variations. Depending on the whim of your teacher, it can also include lateral, twisting, and spinal-arch moves, as well as plenty of balance challenges—all of which are not typically present in lifting exercises.

These moves force your body to work in new and unaccustomed ways, strengthening smaller stabilizer muscles and increasing joint health along the way. You’ll get stronger, sure, but you might also shore up a weak link that would otherwise lead you go get injured.

In other words, a good yoga class can cover a lot of the bases that you think you’re covering (but might not be) with your long, complicated pre-hab and mobility routines.

How Do I Program A Yoga Class?

One of the challenges of being a committed athlete is figuring out what to do with an active-rest day. These are days where you can include activity, but you should refrain from typical workouts. You’re supposed to allow your body to heal and recover…but you don’t really want to.

Many Type-A athletes feel like they’ll go stir-crazy if they can’t perform some form of activity. Yoga is a perfect option for these days. You’ll likely find it far more challenging than you expect, but it doesn’t usually demand a lot of recovery time (although you might be sore the first few times).

In fact, a good rule of thumb is to start with a 60-minute, level-one yoga class. These are often available at full-service gyms. They’re a little rarer at yoga studios, where classes tend to be a little longer.

This could mean a lot of things, but I’m not talking chakras here. First, yoga literally includes poses that help you improve your balance. One-legged poses, headstands, handstands, arm balances, and plenty of other tough challenges are all fair game. And no matter how many push-ups or bodyweight squats you can do, a good yoga teacher can find ways to make these expose your weaknesses.

Second, yoga encourages your body to move in unaccustomed ways by spending time in totally familiar postures. While athletes consider every workout to be beneficial—and rightfully so—most of us often end up performing the same types of movements too frequently. This is all well and good until that day comes when, all of a sudden, you can’t remember the last time you weren’t in pain.

I’ve heard it time and time again: “My back/hips/shoulders were always bugging me, but yoga made it 100 times better.” The only problem with that is that yoga works well enough that most of us stop doing it after experiencing its benefits.

Most athletes take as a given that their athletic activities are healthy, which, of course, they are. But training in the red all the time eventually causes wear and tear on the body, particularly without space for diverse movement and quality rest.

Yoga not only helps you feel good after hard training, but it provides other more distinct health advantages. More efficient breathing helps reduce blood pressure and lowers the stress response, for one. Yoga has also been shown to be excellent for helping to prevent or reduce problems associated with sciatica, carpal tunnel, or even rotator-cuff issues. In most cities, you can even find classes that are designed specifically for people rehabbing from injuries or with back pain.

Don’t take any of this to mean that yoga is “easy.” Sure, it can be sleepy and new-agey, but it can also give you a challenge that you totally didn’t see coming. But even when it’s intense, a well-run yoga class is somehow gentle on the body.

This is a great way for you to live a longer active life. Don’t fear it. It’s not weird, exotic, or demonic. Start at an appropriate level—even if that’s at the bottom—and give it a serious try. Then report back in the comments. 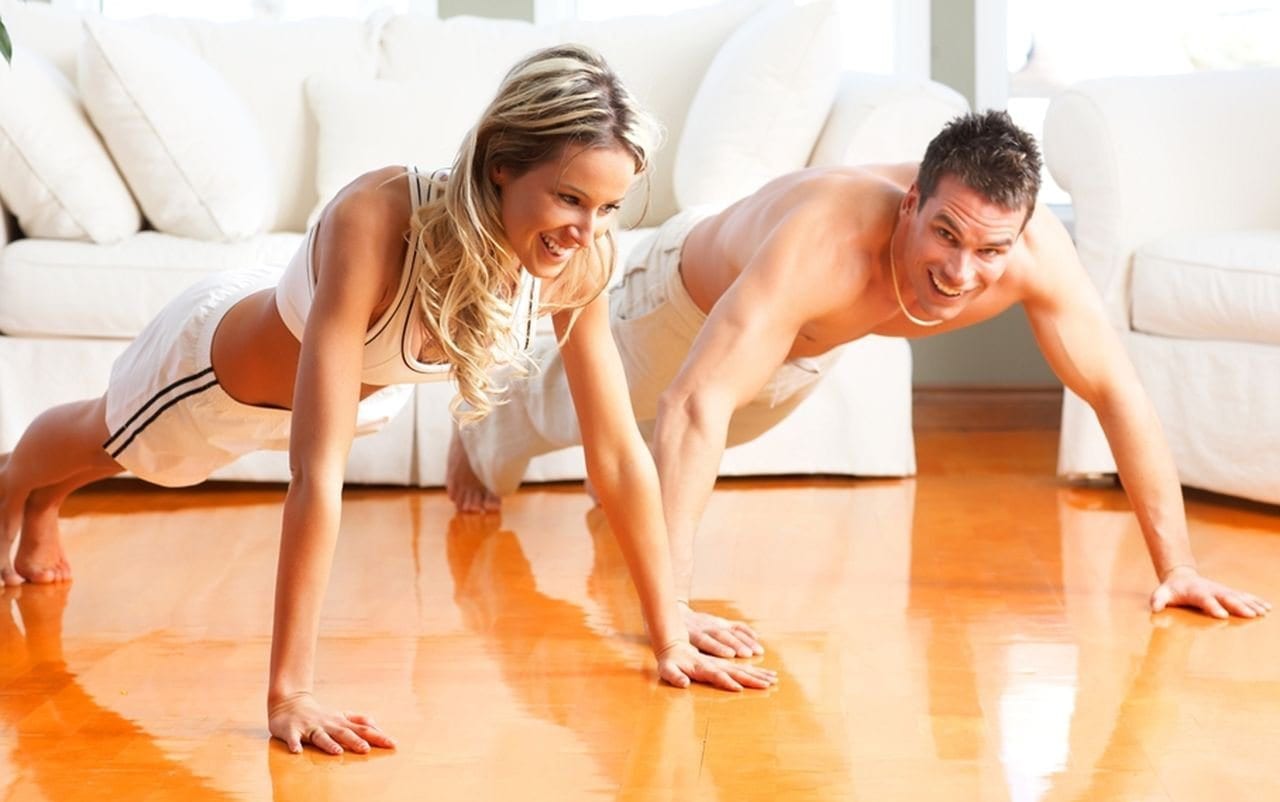 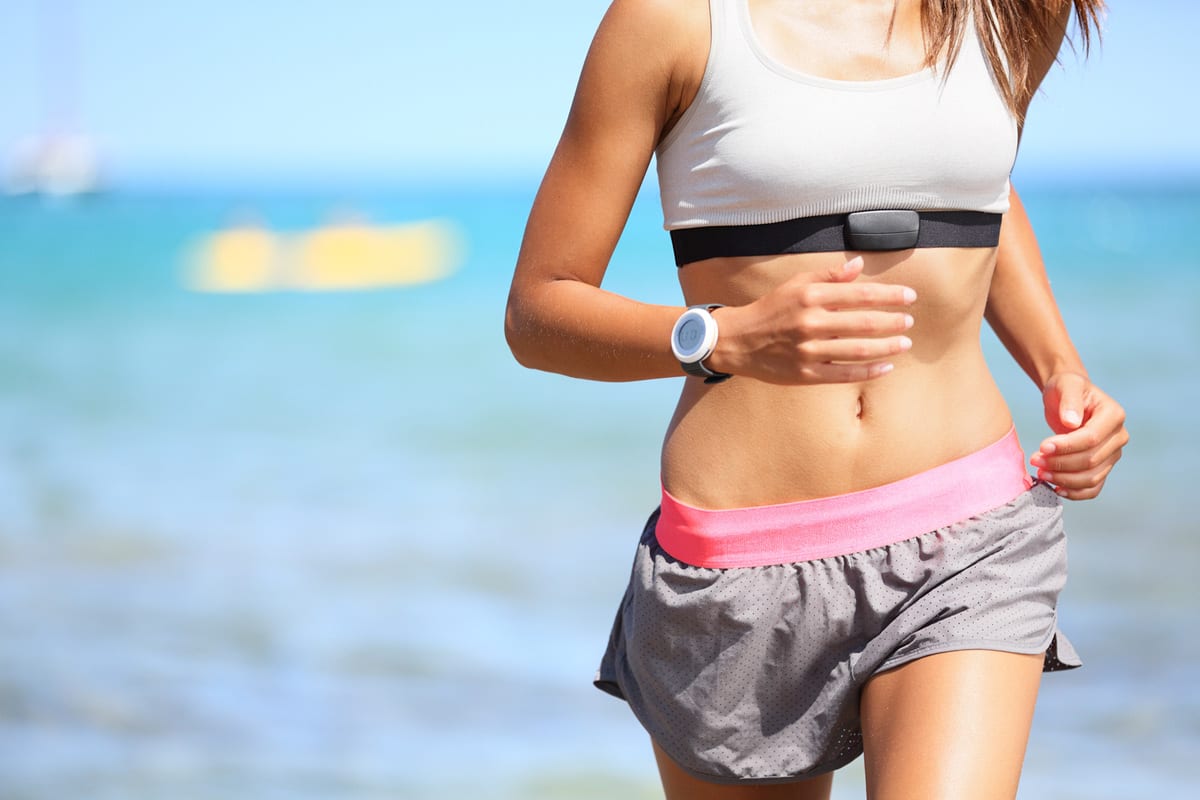 The Most Effective Cardio Workout for Your Body
3 Min Read 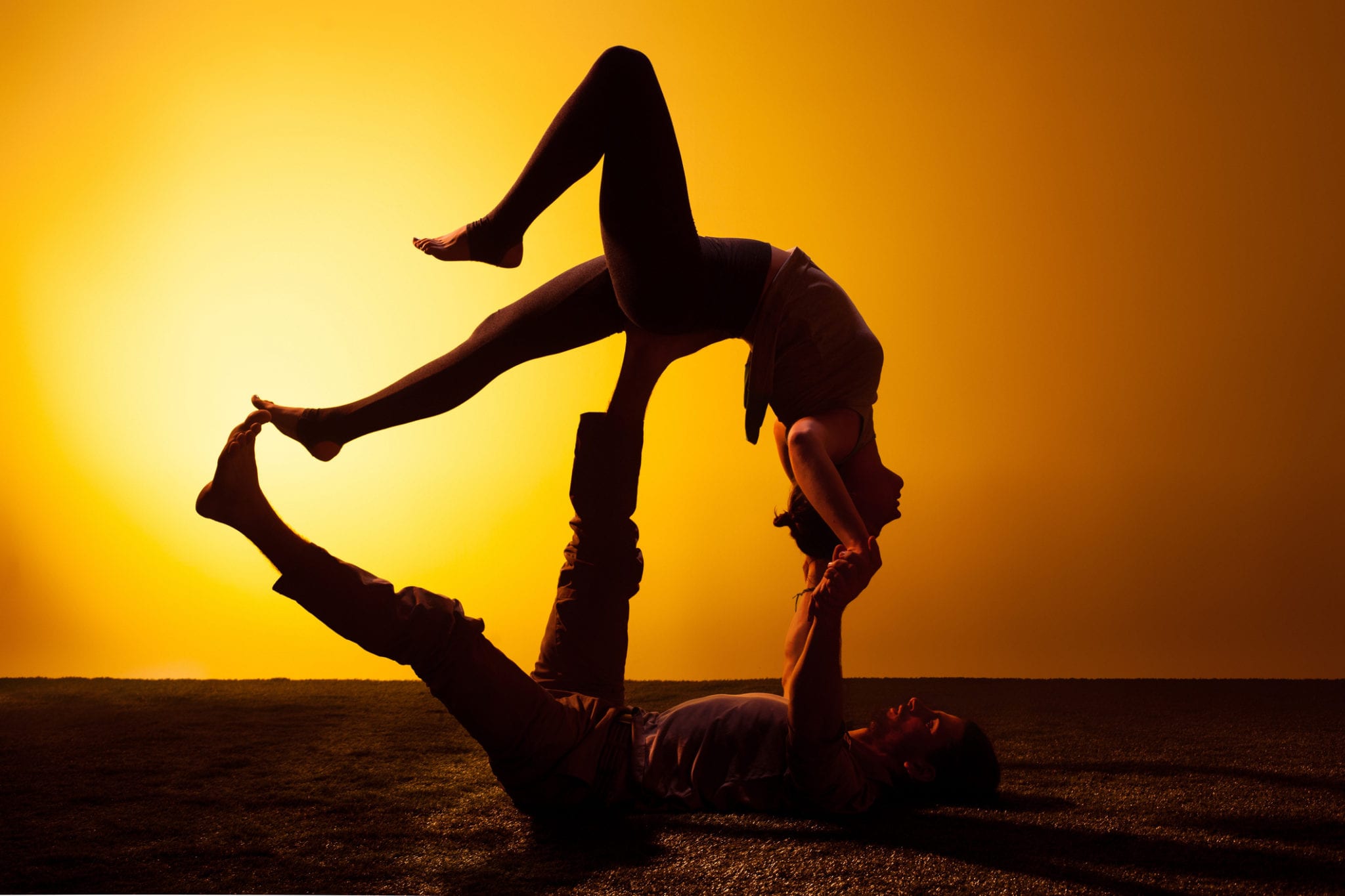 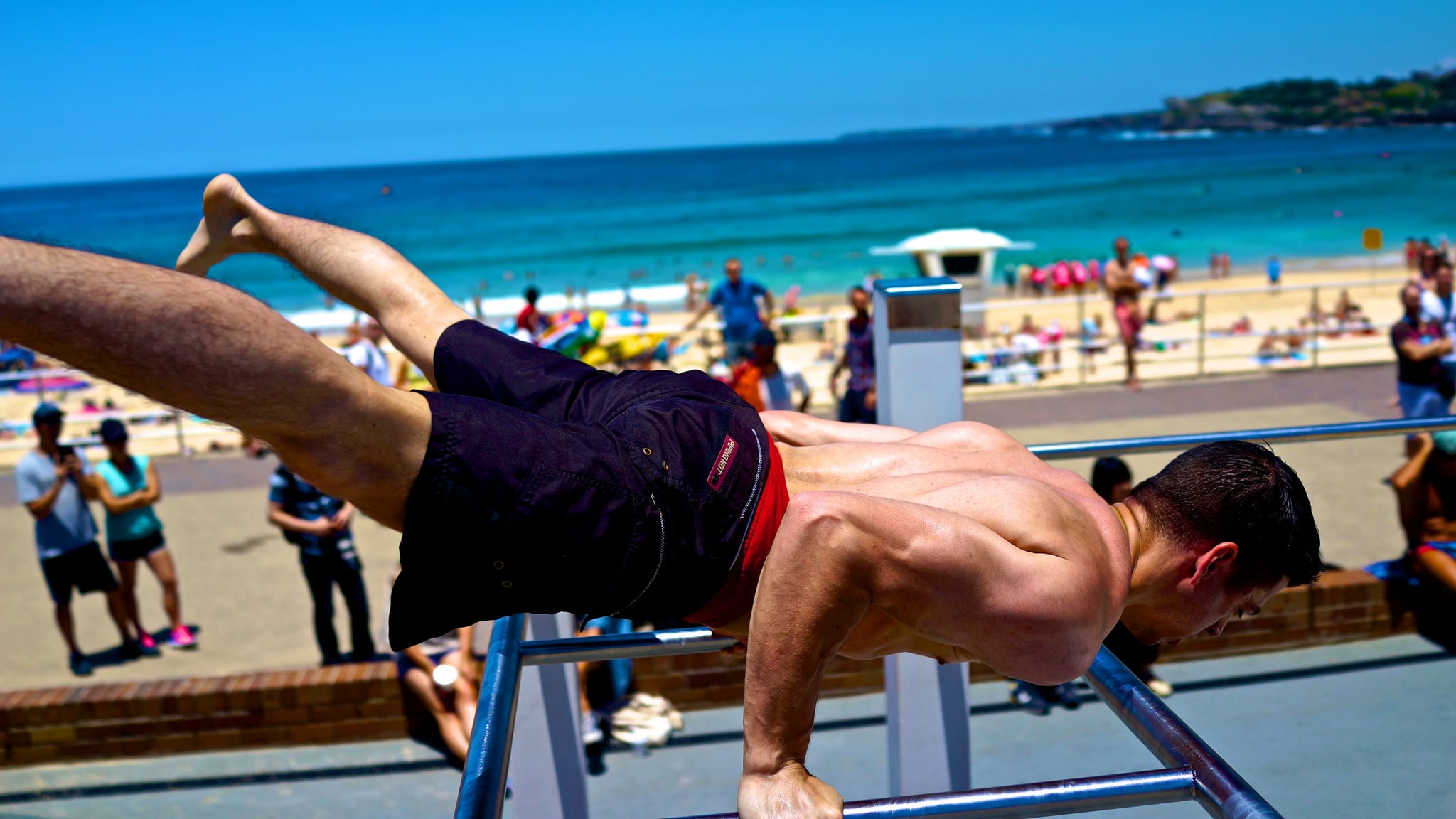 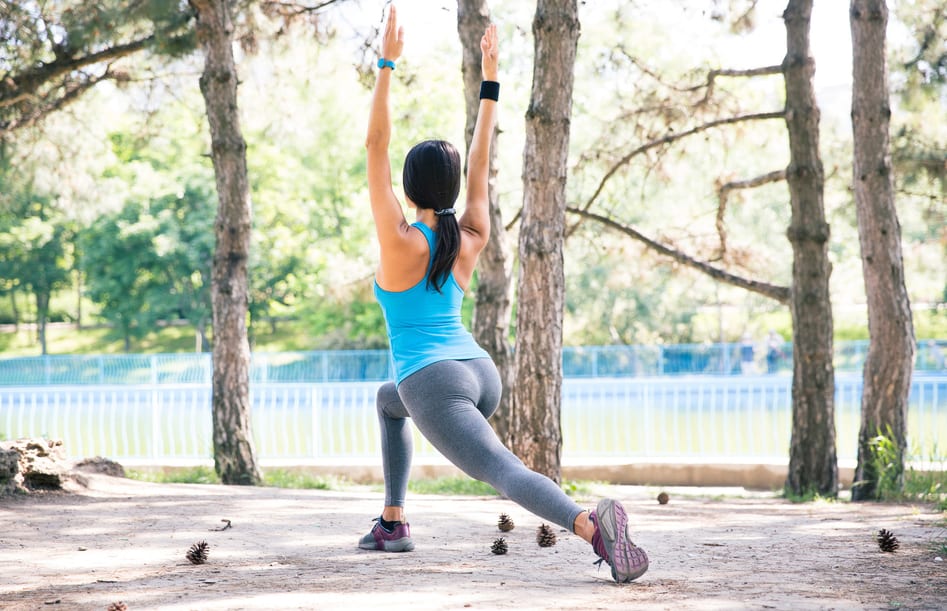