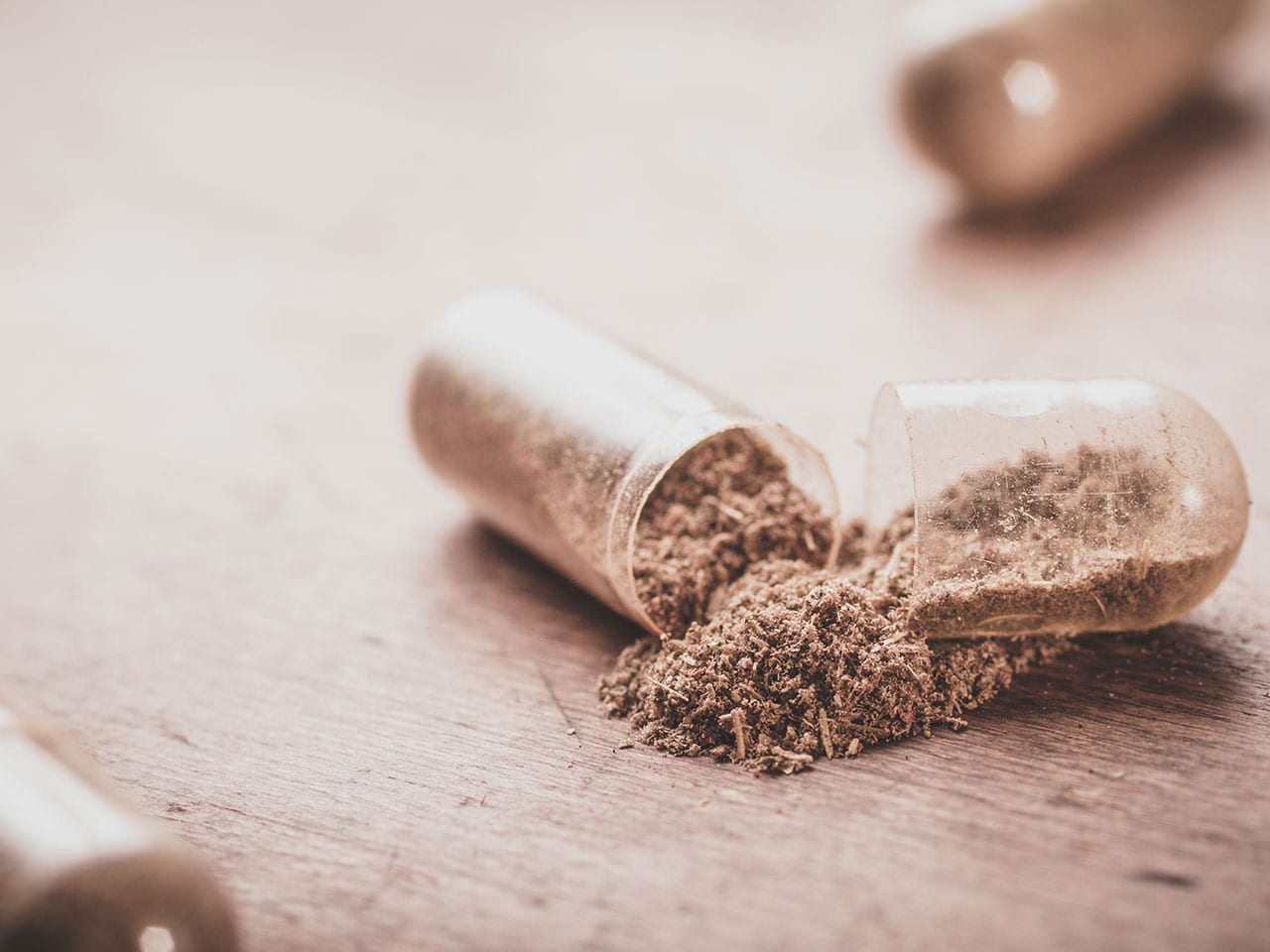 YOU CAN COUNT your daily macros and eat all the best foods, but if you’re trying to lose weight by cutting calories, sooner or later a certain diet-derailing monster is going to rear its head—hunger. And when your stomach starts growling, it’s nearly impossible to think about anything other than stuffing your face to quiet it.

So if you’re trying to lose weight and constantly feel hungry, the first thing you should consider is whether you’re actually eating enough calories. (After all, starving yourself isn’t going to deliver sustainable weight loss.) But if you’re cutting back your calories in a healthy way and still feeling hunger pangs all day, try incorporating one of these six supplements to help suppress your appetite, reduce cravings, and feel full longer. And, as always, if you’re considering taking supplements, you should talk to your doctor first.

Adding a little spice to your supplement routine can help curb cravings thanks to capsaicin, the source of heat in chili peppers. Healthy men and women who took a dose of 4mg of capsaicin every day for 12 weeks consumed fewer calories per day—about 250 less on average, according to a new study in Appetite. This supports earlier research, also published in Appetite, that found taking 2mg of capsaicin or more reduced caloric intake among study participants by an average of 310 calories. One important note: In the new study, roughly 23% of participants reported GI distress at the 4mg/day dosage. (After all, this is spicy stuff.) Nobody from the lower-dose group did, though, and they still reported eating 142 fewer calories a day compared to the placebo group. The smart move? Start with 2mg/d of capsaicin, and only move to more if you think you need it and can handle it.

Thylakoids are compounds made from membranes found in green plants, and they have been shown to help reduce cravings and feelings of hunger. A 2015 study published in The Journal of the American College of Nutrition found that when overweight and obese men and women took supplemental thylakoids, they felt less hungry, and less of a longing for food over two hours, compared to the placebo group. In fact, when overweight and obese women took a single dose of thylakoids before breakfast, they were 21% less hungry, 14% more satiated, and reported 30–36% fewer cravings for salty and sweet snacks throughout the day, respectively, says a 2015 study in Appetite.

Why? Well, a few reasons. An earlier study, also in Appetite, found that people who took a thylakoid supplement with a high-carb meal not only felt less hungry but also secreted more cholecystokinin, a hormone responsible for suppressing your appetite. Furthermore, when study participants took thylakoids before a fat-heavy meal—fat helps knock down cravings by activating reward systems in your brain—thylakoids helped delay digestion of fat so participants reaped the reward activation for longer, researchers from Louisiana State University found. The green-plant membrane works when taken with a non-fat- or non-carb-heavy meal, too, since the supplement works to release several gut hormones that promote feeling full and reduce feeling hungry, a 2015 study in Plant Foods Human Nutrition found.

You’ve probably heard this before, but adding protein to pretty much any meal—whether powder or in some other form—can keep you feeling fuller for longer. A small 2015 study in Appetite found that male athletes who took whey protein supplements an hour after breakfast were significantly less hungry in the hours after than guys who skipped it. Another, larger study in Steroids found that overweight and obese adults who packed breakfast with protein felt less hungry and reported fewer cravings throughout the day because the macronutrient reduced levels of ghrelin, the hunger hormone.

Aim for around 20g of clean protein, which is just as effective as higher doses, the studies suggest.

Hydroxycitric acid is derived from the dried fruit rind of garcinia cambogia, and has been shown to reduce food intake, says Rehan Jalali, certified sports nutritionist and president of the Supplement Research Foundation. While older studies have shown that taking HCA reduced caloric intake in overweight men and women, a string of recent study analysis had more mixed conclusions. In one, Brazilian researchers analyzed 21 existing studies on garcinia cambogia and found that some (but not all) studies showed that those who took the herb had less of an appetite, lost weight, and reduced their body fat percentage.

Another study analysis, this one in Critical Reviews in Food Science and Nutrition, reported similar mixed results, and added if HCA does work as an appetite suppressant the efficacy hasn’t been studied long term, so the benefits might wear off over time. But both sets of researchers point out that none of the studies they looked at reported adverse effects in taking HCA, which is a good sign. Jalali recommends a large dose of 2g to 3g a day to determine any effect on appetite.

You probably know fiber is helpful to keep things moving through your system, but a few prebiotic kinds may be especially helpful to keep your calories in check, too. Overweight adults who consumed galactooligosaccharides, a soluble fiber extracted from legumes, daily had less of an appetite and ate fewer calories compared to folks who skipped the stuff, reports a study in the Journal of Nutrition. Meanwhile, a study in Appetite found people who popped a psyllium supplement, made from the husks of seeds, before each meal for three days felt significantly less hungry, less driven to snack, and more full in between meals (6 to 7g was the most effective dose).

Fair warning: A few participants experienced GI distress, a super-common side effect of upping your fiber, but, if this happens, up your water intake to keep things moving and talk to your doctor.

The native South African cactus has gained popularity in recent years. It’s being included more often in fat loss formulas, and there may be some truth to the hype: A 2015 study in the Journal of Medicinal Food found that people who ingested 3g of frozen hoodia a day had fewer cravings, felt less hungry, and ended up eating less over the 40-day study. It’s worth noting that eight of the participants had mild side effects, though the researchers note they all cleared up and none had anything more severe.

What is it exactly though? “The Hoodia cactus, native to the Kalahari Desert, has been used for centuries by the hunter-gatherer San-speaking tribes of the region,” Jalali explains. “The San peoples have long recognized the appetite suppressant qualities of the Hoodia cactus, and have traditionally chewed the stem to stave off hunger and thirst during long hunting expeditions in the desert.” The Hoodia has a special molecule, what’s been dubbed “P57,” that researchers believe mimics the way glucose signals the nerve cells in our brain that we’re full.

Aim for 500-1,000mg daily, but look for supplements with P57 specifically, Jalali says. A lot of companies use an extract that doesn’t include this molecule and are therefore selling snake oil that can just result in nasty side effects.

Nutrition and diet Expectation Vs. Reality Photos: photos of food on packaging and in life

Nutrition and diet Benefits of raspberries for health and body

Nutrition and diet Most useful nuts: what varieties need to be eaten?