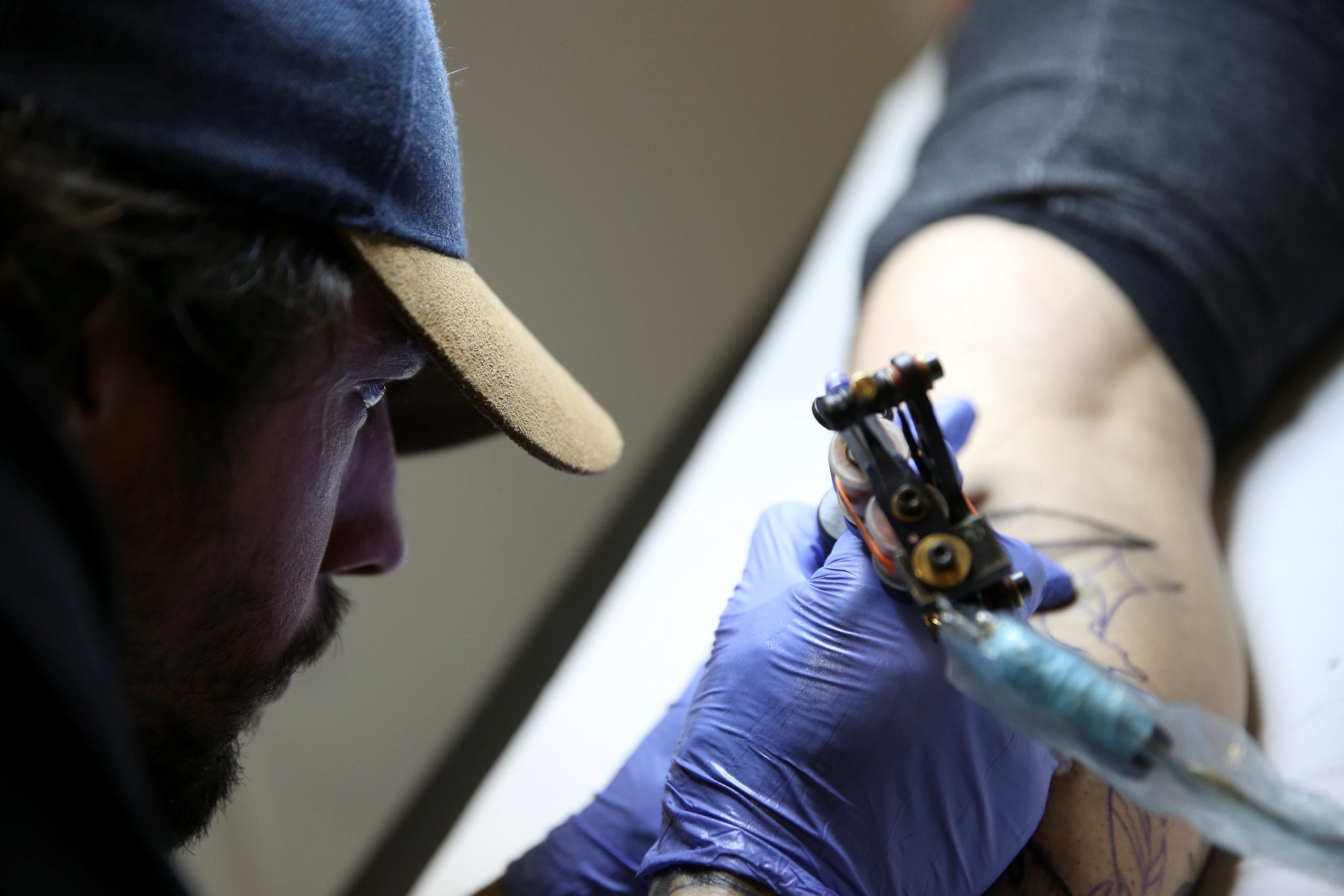 Almost half of people between 18 and 35 have tattoos, and almost one in four regrets it, according to a 2016 Harris Poll Based on an estimate of about 60 million people in that age group, that would mean that about 7.5 million people have tattoo regrets.

As a primary care physician, I’ve noticed anecdotally that many of my younger patients have regrets about their tattoos. When I ask about them, many say that they got them when they were young, and at the time put little or no research into the decision.

With no source (reliable or otherwise) of tattoo information to suggest to my patients, I began to investigate the topic myself. My goal was to write a quick reference for teens that reviewed the health and social issues they might encounter after getting a tattoo.

What I found were myriad unexpected and sometimes shocking concerns that everyone should know. To my surprise, there was a host of reports of ink complications, infections, toxin effects, scarring, burns, chronic irritations and much more.

Among the concerns is the long-term effects tattoo inks can have on the immune system, pathology specimen interpretation, and other unforeseen health complications.

Certain tattoo inks can be toxic, with some containing carcinogenic compounds, a 2012 Danish Environmental Protection Agency found. In fact, one in five tattoo inks contained carcinogenic chemicals, and a vast majority of the inks tested did not comply with international health safety standards for the ink composition, an Australian government-sponsored studyfound Even more concerning, carcinogens were identified in 83 percent of black inks – by far the most popular color for tattoos.

The European Society of Tattoo and Pigment Research was established in 2013 with a mission of educating the public about the “fundamental facts about tattooing” which many in the younger generations ignore. That group found barium, copper, mercury and other unsafe components in tattoo inks. Their research also found a disheartening mismatch between the listed ink container contents and its actual chemical composition found in testing.

More recently, the Food and Drug Administration has become more involved with tattoo inks, stating “Many pigments used in tattoo inks are industrial-grade colors suitable for printers’ ink or automobile paint.” Like the studies started overseas, the agency is now examining the chemical composition of inks and pigments and how they break down in the body, as well their short- and long-term safety.

Tattoos Have Led To Errors In Medical Treatment

Metal-based ink tattoos can react with magnetic resonance imaging studies. For instance, two case studies detail patients who suffered MRI-induced burns in their tattoos that were attributed to iron compounds in tattoo pigments. Radiologists say this magnet-based reaction is rare, but some have suggested simply avoiding iron-based tattoo inks.

Pathologists, meanwhile, are reporting tattoo ink in surgical biopsy specimens of lymph nodes. For instance, a 2015 report in the journal Obstetrics and Gynecology detailed the case of a young woman with cervical cancer which doctors believed had spread to her lymph nodes. After surgery to remove the nodes, they discovered that what appeared to be malignant cells in a scan was actually tattoo ink. A similar misdiagnosis occurred in another patient with melanoma.

A spate of mycobacterial skin infections in 22 people across four states in 2011 and 2012 was tied to a few specific brands of ink. The Centers for Disease Control and Prevention, in conjunction with local departments of public health, were able to contain these infections through intense tracking and investigation.

A study reported in Hepatology found that “tattoo exposure is associated with HCV (hepatitis C virus) infection, even among those without traditional risk factors. All patients who have tattoos should be considered at higher risk for HCV infection and should be offered HCV counseling and testing.”

A study from Tulane University added credence to these blood donation restrictions by showing that 17 percent of all participants had at least one tattoo done somewhere other than a tattoo parlor, and 21 percent admitted to being intoxicated while receiving at least one of their tattoos.

A Youthful Decision With Adult Implications

The primary reason Harris Poll respondents reported tattoo regret was they “were too young when they had it done.” The second most common reason, which coincides with the first, is the tattoo “didn’t fit their present lifestyle.”

Whether a tattoo depicts a name, a person, a place or a thing, its meaning and perception are in constant flux. Eric Madfis and Tammi Arford, writing about the dilemma of symbols and tattoo regret, note that “Symbols are dynamic in that they are time-specific, ever-changing, and always in a state of gradual transition.”

Tattoos have a different meaning depending on the interpreter, their relative history, and knowledge, and they are dynamic because they can take on different meanings through time and experience. The first person to get a barbed wire tattoo on an upper arm could be seen as clever, inventive, unique and trail-blazing. The one-hundredth person to get the same tattoo was none of these things, and with time, if either was seen in public, both would receive the same reaction.

The “emotional response in the beholder” of any given tattoo can be based on “social stratification” and is not consistently predictable, according to Andrew Timmings at the University of St Andrews in the United Kingdom. Their interviews with hiring managers showed that tattoos could actually hurt job prospects.

Another study, at the University of Tampa, confirmed that 86 percent of students believe that having a visible tattoo is a detriment to their business prospects.

Researchers at the Harris Poll found that older respondents are less tolerant of visible tattoos as the prestige of the job position rises While a vast majority of people age 51, and above are comfortable with professional athletes having tattoos, the acceptance decreases significantly when doctors, primary school teachers, and presidential candidates are included.

Understandably, people who have many friends and family with tattoos are generally less stigmatized regarding their tattoo and tend to suffer less tattoo regret, a study in The Social Science Journal reported in 2014. But the study also found that when tattooed respondents were exposed to individuals without tattoos, like in the workplace or institutions of higher learning, more stigma victimization occurred, and those impacted were more likely to suffer regret and ponder removal.

Getting a tattoo, which is akin to a life-changing (and body-changing) decision, when young is really no different from getting married young (32 percent regret rate) or choosing a college major (37 percent change rate). For many, making a major decision when young is rife with regret. The difference with tattoos has to face that regret on a daily basis.

As the pure number who have tattoos grow, the market for getting these tattoos removed has also found its niche. Laser tattoo removal services have rapidly grown across the nation and have become a multi-million dollar business, with additional potential for growth as the younger, highly tattooed, generations age.

But Some Problem Tattoos Can’t Be Removed

Current lasers still have limitations in the colors they can erase with added difficulty stemming from more vibrant tattoo colors. Darker pigmented people tend to have less success with certain lasers and require more sessions to avoid skin damage.

Because the laser shatters the pigment particles under the skin for removal of the body, the issues with infections, scarring, and the ink spreading become a concern again. Tattoos covering extensive areas of the body are simply too large to tackle in one session and could take years to remove.

Laser complications include pain, blistering, scarring and, in some cases, a darkening of the tattoo ink can occur, according to dermatologists.

As technology and the demand for tattoo removal advances, some of the limitations of current lasers will shrink. Newer, easy-to-remove inks are being patented, which may represent a healthier approach due to biodegradable ingredients, and a more predictable laser response. Picosecond lasers are also dramatically decreasing the number of sessions needed in select populations.

Education Is The Key

With such a large number considering tattoos at a young age, informing young people of the health and social risks could help them avoid tattoos they may come to regret. Adding permanent body art education to health classes could mitigate some of these mistakes and decrease later regret.

The Root Cause Of Cancer and Why Has it Been Kept a Secret!

Vaseline Can Cause Breast Cancer. Here is How to Make Homemade All Natural Non-Petroleum Jelly 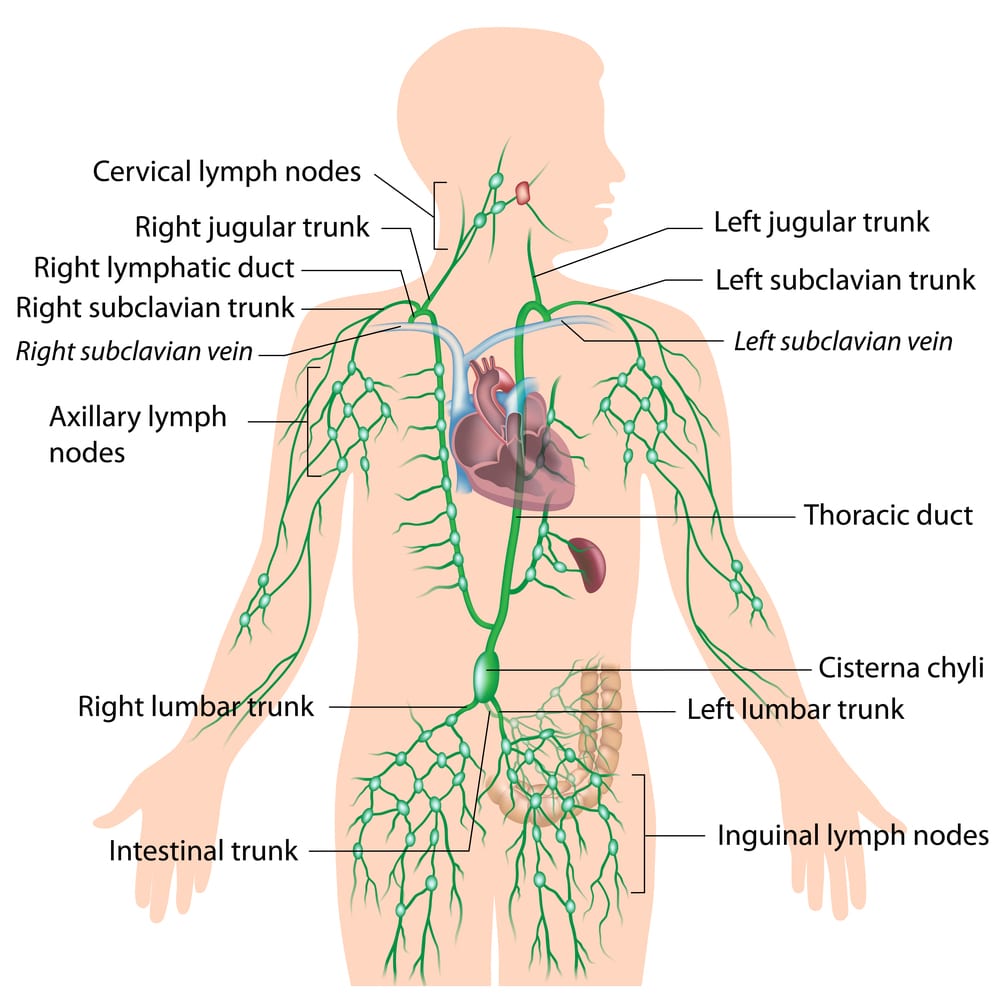 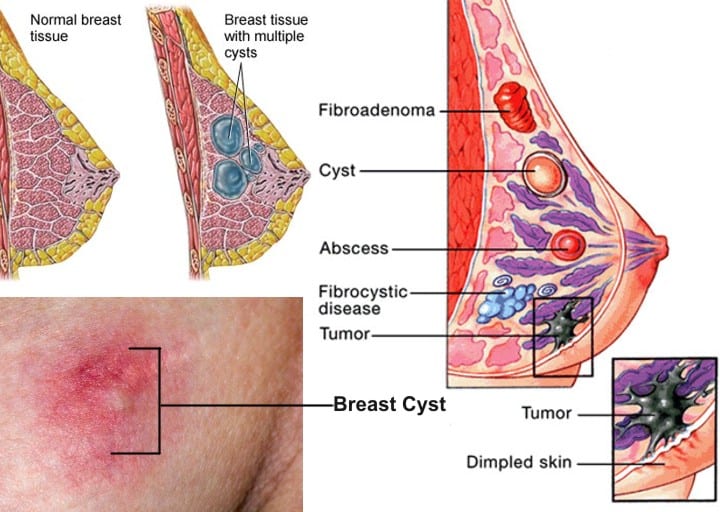 You Don’t Have To Go Under The Knife: Treat All Types Of Cysts With This Simple Recipe!
2 Min Read 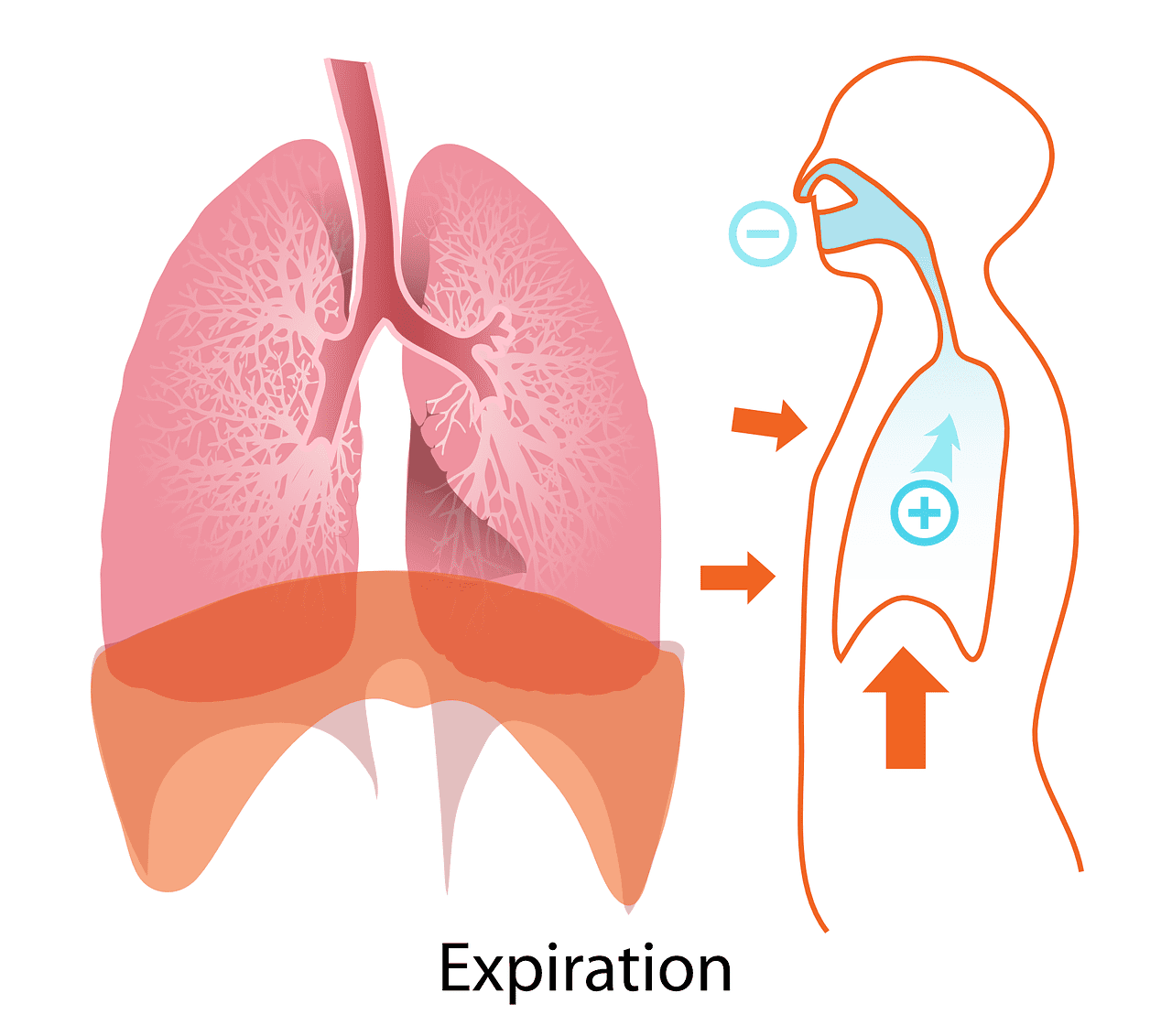 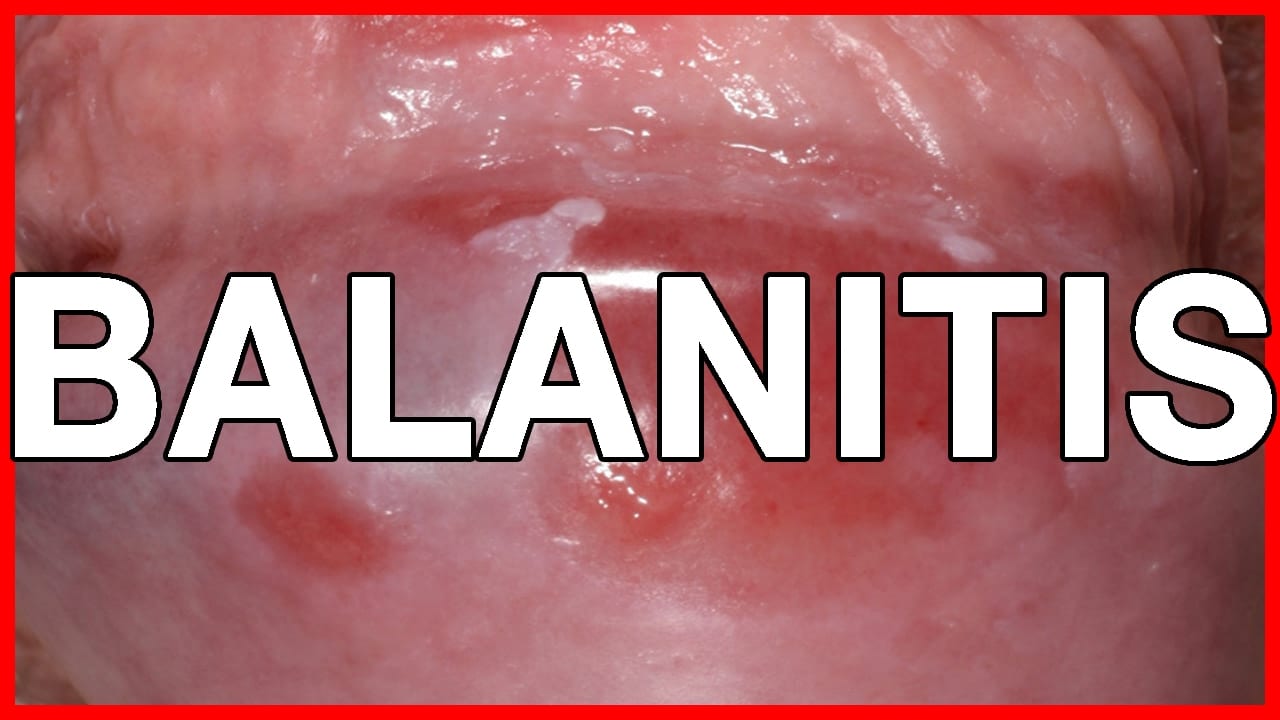