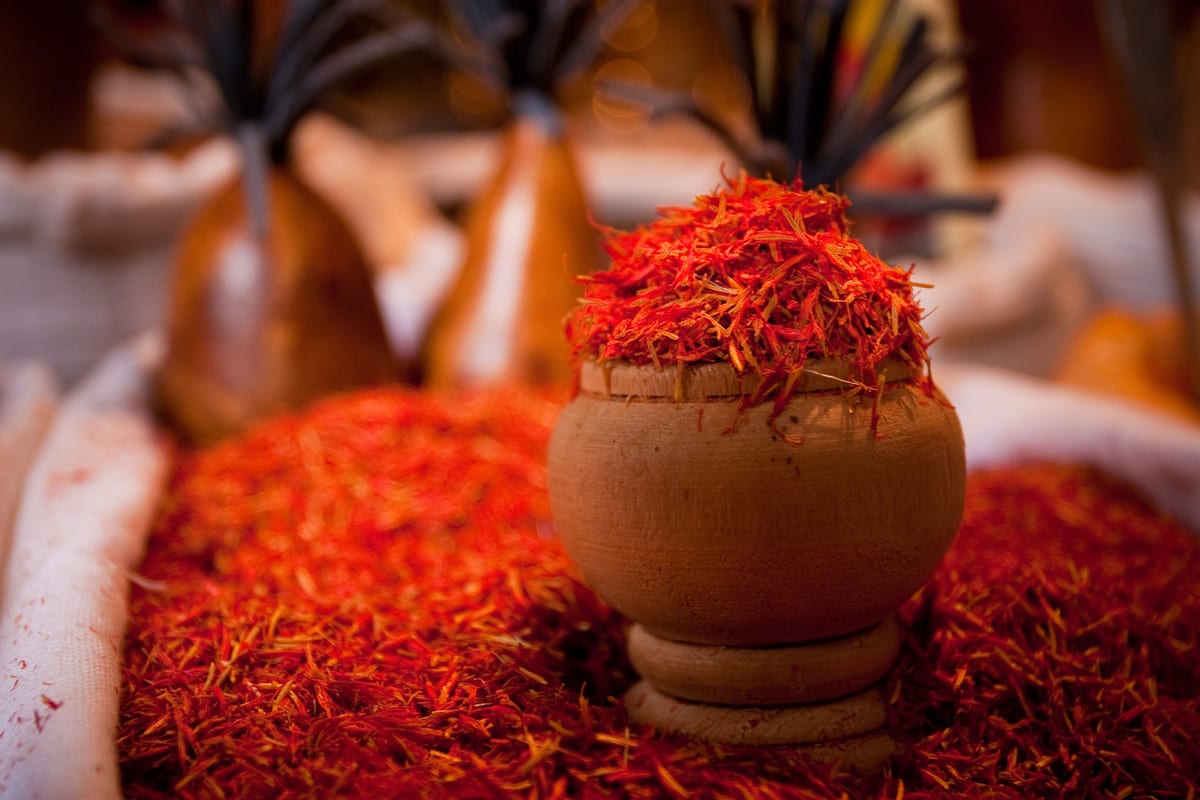 Saffron has been used medicinally for centuries, as well as for food and dye, due to its intense color. Derived from a flower most often referred to as the saffron crocus, it’s extremely precious as it has to be harvested by hand, requiring more than 75,000 threads, or filaments, of the crocus flower in order to equal just one pound of saffron.

Saffron’s unique organic composition makes it an important addition to anyone’s diet, thanks to its over 150 volatile compounds, including antioxidants, carotenoids, and multiple other biochemicals, along with essential vitamins and minerals. This spice is known to help fight cancer, improve memory, relieve pain, reduce symptoms of PMS, help stave off Alzheimer’s disease, and much more. Some experts even say that it’s a “miracle appetite suppressant” that can help shrink belly fat quickly.

Delving in further to saffron’s remarkable benefits, here’s why this is something you really need to start using asap.

Saffron has been found in studies to relieve symptoms of depression, ease anxiety and improve mood in those who consume it regularly. The beneficial active compounds in it have effects on the endocrine system that are known to trigger the release of “feel good” hormones that make one feel happier.

Recent research out of Iran focused on patients with major depression who were taking conventional psychiatric medications. Half of the participants took crocin, which is a key constituent of saffron alongside their medication, while the other half took only the pharmaceuticals. The subjects who took the combination were found to have significantly improved scores for depression relief, anxiety relief, and general overall health status compared to the placebo group.

Research has also revealed that saffron may curb one’s appetite, promoting weight loss.  While Dr. Oz has been under fire for a number of controversies in recent years, in 2012 he and his team performed their own study using two female volunteers who tried the same saffron supplement over one weekend to see if it helped decrease their hunger and both women were self-proclaimed emotional eaters, and both noted positive results.

The first participant lost three pounds in three days and said that she didn’t get her usual cravings – and that the stress of the weekend didn’t cause her to eat more. The other lost five pounds during that same period and said that she noticed a decrease in her levels of hunger and the intensity of that hunger.

Saffron extract is said to help combat emotional eating, which is a significant factor in weight gain for many people, triggered by chemicals in the brain. Dr. Oz says that when you take carbs and put them in your mouth, you’re actually “turning on” those chemicals. The saffron extract is said to get into your system and ultimately stimulates the same feeling an emotional eater would get from eating carbs, providing a feeling of relief without the short-term hit from the carbohydrates, and making it much easier to say “no,” when you see those foods you don’t really need.

The majority of menstruating women suffer from at least some frustrating symptoms, from pain to poor mood, but saffron may be able to help. Research out of Tehran University of Medical Sciences in Iran randomly gave women either saffron capsules or a placebo twice each day through two menstrual cycles. At the end of that period, they found that the saffron was able to significantly reduce symptoms, for much the same reason it helps one battle depression – it has the ability to influence the neurotransmitter serotonin. Three-quarters of the women reported at least a 50 percent reduction in symptoms, compared to just 8 percent of those in the placebo group.

Thanks to the minerals and certain organic compounds found in saffron, adding it to your diet can also help improve bone strength. That’s because it’s been linked to optimised nutrient absorption, particularly calcium, and by doing so it can help improve bone density while preventing the onset of serious health problems like osteoporosis, a devastating bone disease, as well as other degenerative age-related conditions.

Saffron can help strengthen the immune system too as it’s a surprisingly good source of vitamin C. A vitamin C deficiency broadly affects the various key aspects of immune function, including the cells that kill invaders, the cells that coordinate those attacks, and even the production of antibodies that battle known infections. As a result, a lack of C leaves us vulnerable to infections as well as a wide range of illnesses – and, a weakened immune system caused by low vitamin C levels can make an infection more serious too. This becomes even more ominous for older adults who are already at a greater risk. Consuming saffron, and therefore, consuming vitamin C, also helps in the formation of collagen, important for cellular and tissue production as well as muscle growth, blood vessel repair and wound healing.

Saffron has long been used in Eastern medicine for treating gastrointestinal disorders like indigestion and heartburn, and animal studies have revealed why it’s so effective. The active components like crocin and safranal offer powerful antioxidant properties that decrease ulcer formation by preventing damage to the gastric system. Not only can this help relieve digestive issues like excess gas, cramping, and other problems, it may even help if you’re prone to ulcers.

Saffron contains a high amount of manganese –  400% of the daily recommended value in one ounce – an important nutrient known to help control blood sugar. Diabetes is one of the most harmful and widespread health issues in the U.S. and many other places around the world, but by using saffron regularly, it may help regulate your blood sugar and insulin levels to prevent the onset of type 2 diabetes, or help manage the symptoms if you’ve already been diagnosed.

Some of the most encouraging results have been derived from studies that link saffron with its capacity for lowering glycemia in diabetics and improving glucose uptake and utilization by the muscles. In 2011, research out of Iran reported the hypoglycemic effect in the Journal on Medicinal Plants, showing a significant reduction in blood sugar in induced diabetic rats. When the animals were given a dose of saffron, it decreased both blood glucose and HbA1C levels.  Other scientific studies have demonstrated it can also alleviate peripheral neuropathy, a common complication of diabetes.

Saffron is particularly beneficial to the heart, with its high level of antioxidants and anti-inflammatory compounds known to help promote healthy arteries. A 2007 study out of Nanjing, China found that the crocetin in saffron has the ability to lower cholesterol. Researchers believed that crocetin may be one of the reasons that in Mediterranean nations like Spain, where they use a lot of saffron, heart disease rates are low.

Saffron also contains a significant amount of potassium, and it just so happens that one of the best ways to improve heart health is to increase your intake of potassium. Potassium acts as a vasodilator, which effectively reduces stress and pressure on the blood vessels and arteries, allowing blood pressure to lower, ultimately relieving the strain that’s put on that on the cardiovascular system. In turn, that can lower the risk of developing atherosclerosis, a stroke, or a heart attack.

Prescription pain pills can be highly addictive and come with all sorts of side effects, so whenever a natural herb can offer effective pain relief it’s a much better option. Surprisingly, saffron can do this too, thanks to a compound called safranal, which serves as a sedative. It’s that sedative action that can ease the pain – and, it also helps reduce stress and anxiety, improve sleep and providing a general soothing to both the mind and body.

Age-related macular degeneration is the leading cause of blindness in the developed world. It develops when light-sensitive cells in the retina begin to break down over time. Several studies have indicated that saffron has the ability to protect the eye from these devastating effects, thanks to its carotenoids, crocin, and crocetin.

Researchers in Italy teamed up to explore the effect of saffron on those who were experiencing vision problems due to macular degeneration. Study participants were given just 20 milligrams of saffron to take daily for three months and were evaluated at the end of that period. The experts discovered that the retinas of those who were suffering from early age-related macular degeneration saw noticeable improvements in their functioning – a result that was considerably better than what was experienced in the placebo group.

There are over 100 various compounds within saffron’s complex form, including many types of antioxidants, as mentioned previously. Of these dozens of antioxidants, many have the ability to seek out and neutralize free radicals. Excess free radicals are known to be hazardous byproducts of cellular metabolism that can cause healthy cells to mutate or die. Not only does this strengthen the immune system, but it can even help prevent cancer from developing, or some spreading if it’s already present. Saffron has been observed to prevent new cancer growth by slowing and preventing DNA damage that is typically related to chemotherapy, as well as the inflammation that results from free radical exposure.

Liver, lung, and stomach cancer are some of the deadliest forms of cancer. Tumors and tissue damage in these organs as a result of cancer have been shown in studies to actually decrease, and even halt entirely when treatment with saffron begins. It was found to elicit direct and mutually enhancing effects when used in combination with other cancer therapies. In the case of stomach cancer, blood levels of protective compounds that suppress cancer were raised when combined with stomach cancer medication, and in lung cancer, it was able to induce cancer cell apoptosis.

Saffron can also be used topically in creams or as an oil to help reduce inflammation that occurs with gout, arthritis, sports injuries and other inflammatory conditions. Its potent antioxidants also help to speed the healing process in wounds and bruises

How to Tell Fake Saffron From The Real Thing

Because of the extensive labor involved in harvesting saffron by hand, as well as the amount of the flower it takes to make a relatively small amount, saffron is said to be the world’s most expensive spice, selling in recent years for as much as $2,700 per pound unfortunately means that there are more than a few sellers trying to pass off fake saffron in order to make a buck, so you’ll need to make sure what you’re buying is real in order to reap those benefits. In fact, there’s more “cheating” said to be going on with saffron than just about anything else.

To determine if yours is authentic:

The color. High-quality saffron should appear dark red, and the redder, the better. There should be no color variations.

The aroma. Genuine saffron should have a distinctly sweet aroma, kind of a cross between honey and hay – if you don’t detect that, don’t buy it.

Testing it. If it’s real saffron, it should change the color of a mixture of water and baking soda to yellow. If it turns a light red, it’s not genuine. You can also place a bit onto your tongue, sucking it for a few seconds; spit it out onto a tissue and then if you see yellow on the tissue you’ll know what you’re getting is the real thing. Red means they’re selling dyed material that has nothing to do with saffron. Yet another way to check is to place it in water. Leave it there for a while and then take it out – has it lost its original color? If it’s fake, it won’t look the same as it will have completely lost that vivid hue. 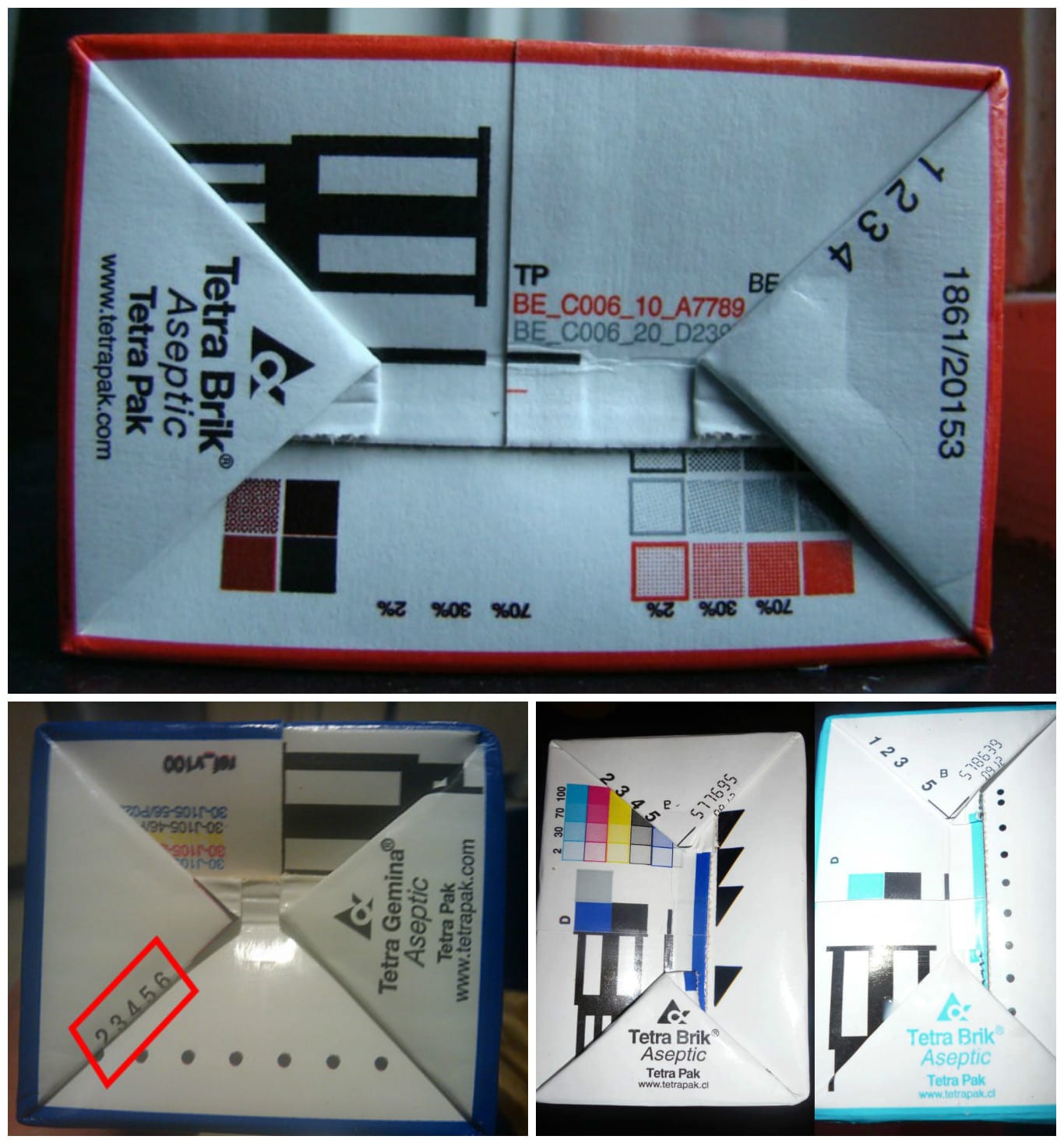 WARNING! Do You Even Know What Kind of Milk You`re Drinking and What The Numbers on The Packaging Mean?!?
2 Min Read 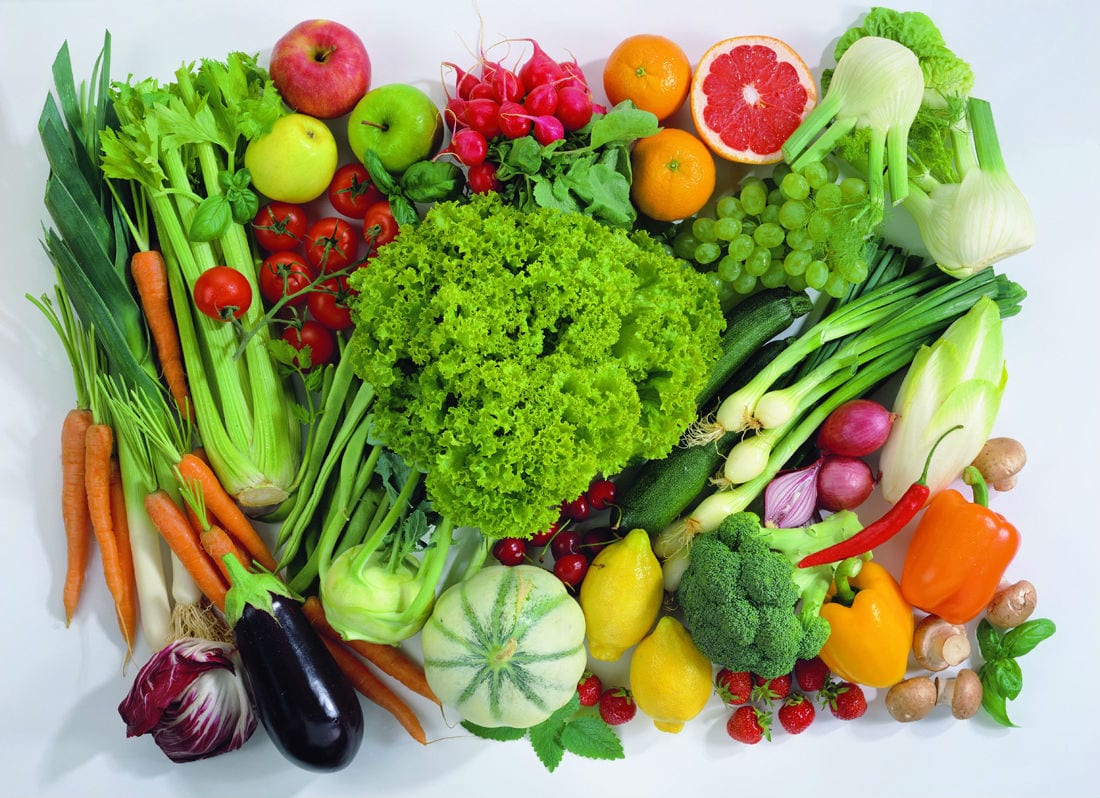 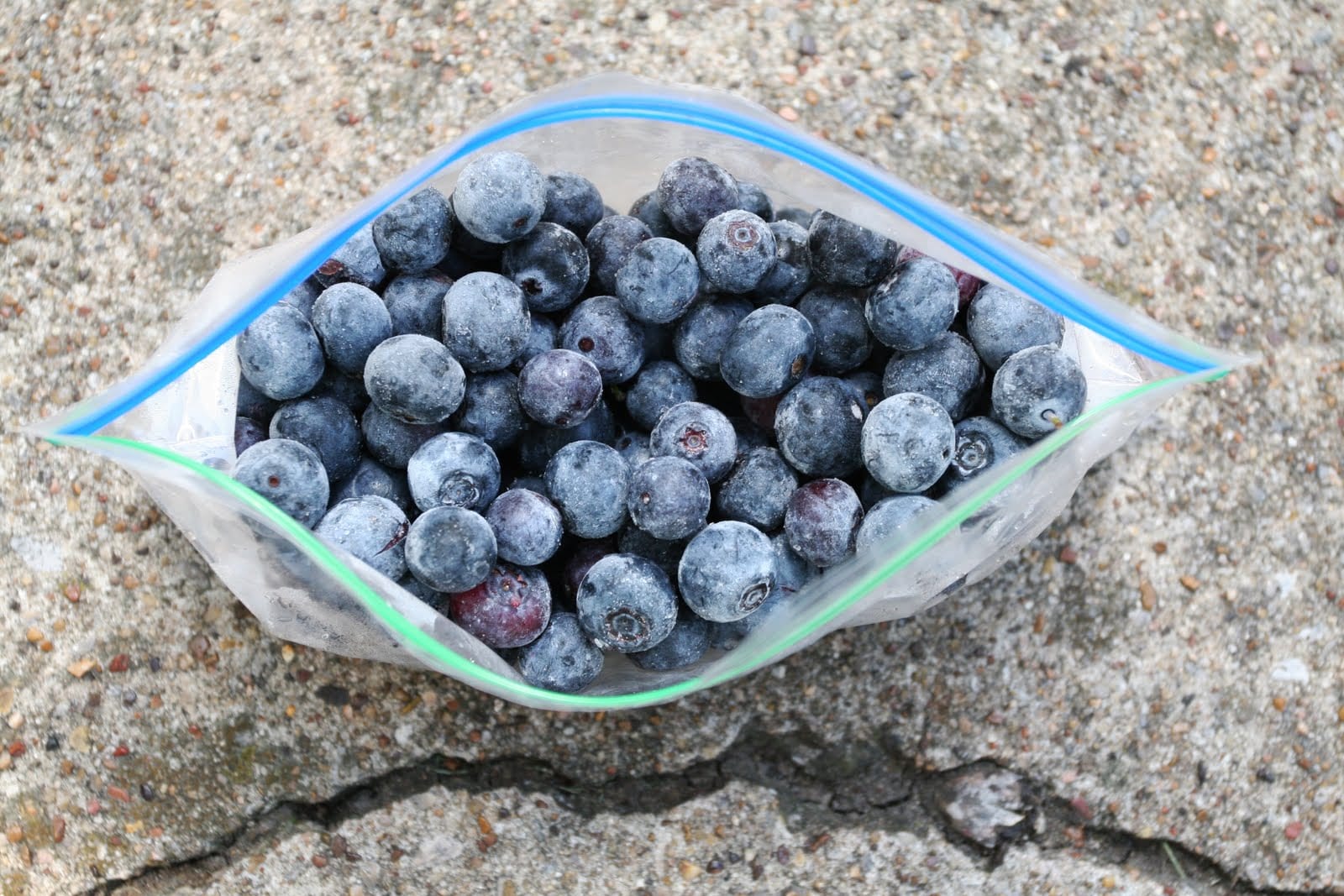 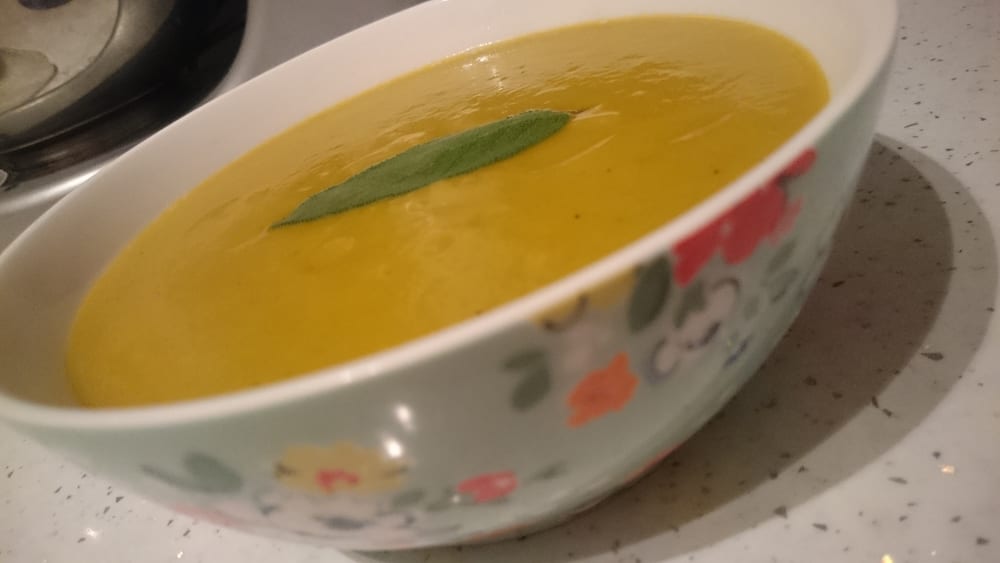 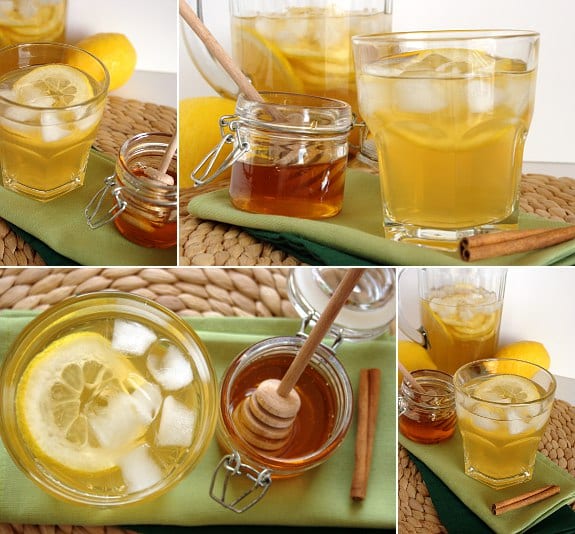