Home » Fitness & Yoga » How Yoga Can Stop Your Bones From Breaking 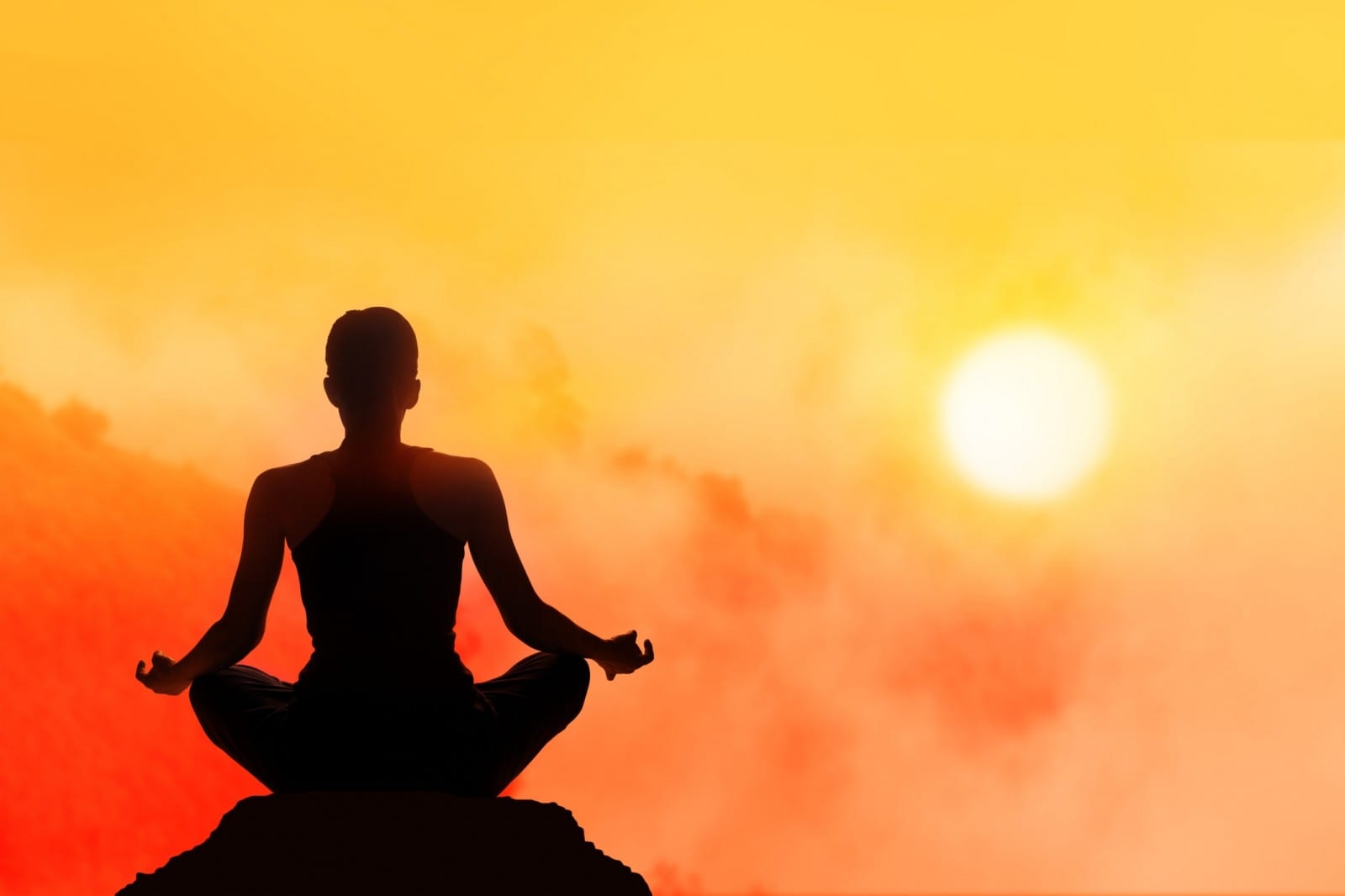 Bone weakening is a common problem associated with aging. In most people, sometime during your 30s, your bone mass will begin to gradually decline. For women, that bone loss can significantly speed up during the first 10 years after menopause.

This is the period when osteoporosis often develops, provided you’re not doing anything to counteract it, that is. Those with osteoporosis are at increased risk of serious fractures, including hip fractures, which can have lethal consequences, not to mention chronic pain.

One important strategy for maintaining healthy bones is to eat real food. A diet full of processed foods will produce biochemical and metabolic conditions in your body that will decrease your bone density, so avoiding processed foods is the most important first step to improving your bone health.

Certain nutrients, including animal-based omega-3 fat, calcium, vitamin D, K2 and magnesium, are also critical for strong bones — as is exercise. Weight-bearing exercises and Whole Body Vibrational Training (WBVT) using a Power Plate are both excellent for strengthening bones and warding off osteoporosis.

Yoga May Help Ward Off Osteoporosis

Yoga may be another option. According to a previous report in The New York Times (NYT), Dr. Loren Fishman, who specializes in rehabilitative medicine, has spent years investigating yoga and bone health, in the hopes of determining whether this gentle exercise might be an effective alternative to dangerous bone-loss drugs.

“The idea is not widely accepted in the medical community, but then, researchers know comparatively little about complementary medicine in general,” the NYT notes. “So in 2005, Dr. Fishman began a small pilot study of yoga moves that turned up some encouraging results.

Eleven practitioners had increased bone density in their spine and hips, he reported in 2009, compared with seven controls who did not practice yoga … Weight-bearing activity is often recommended to patients with bone loss, and Fishman argues that certain yoga positions fit the bill.

‘Yoga puts more pressure on bone than gravity does,’ he said in an interview. ‘By opposing one group of muscles against another, it stimulates osteocytes, the bone-making cells.’”

In a larger follow-up study that lasted from 2005 to 2015, Fishman and three collaborators enrolled 741 volunteers to do 12 yoga poses every day (fully compliant), or at least every other day (moderately compliant).

The average age of the participants was 68 at the outset of the study, and 83 percent of them had been diagnosed with either osteopenia or osteoporosis. The 12-pose regimen, each of which was held for 30 seconds (for a total workout of 12 minutes), included the following:

You can find a slideshow demonstration of several of these poses here.

Fishman has also co-authored the book, “Yoga for Osteoporosis,” which contains a comprehensive guide to his program. The featured video contains a similar program, with yoga poses adapted specifically for those with osteoporosis. Participants’ bone density was measured at the outset and at the end of the study. Blood and urine samples, as well as spine and hip x-rays were also taken. Compliance was recorded via an online program.

The results, published in the April/June issue of Topics in Geriatric Rehabilitation, were again quite promising. Those who were either moderately or fully compliant with the exercises had indeed improved their spine and femur bone densities. Bone density in the hip was also somewhat improved, although the difference was not statistically significant.

Additional bone quality testing performed on 18 of the participants revealed they also had “better internal support of their bones, which is not measured by a bone density scan but is important to resisting fractures.”

Yoga Is Safe Even for Those With Weakened Bones

For those worried about sustaining injury, the results were rather exceptional. While 109 bone fractures among the participants had been recorded prior to the study, none of them reported any fractures or serious injuries related to the yoga practice.

“Yoga looks like it’s safe, even for people who have suffered significant bone loss,” Fishman said, adding, “Even if bone density did not increase, improvements in posture and balance that can accrue from the practice of yoga can be protective.

Spinal fractures can result from poor posture, and there’s no medication for that, but yoga is helpful … Yoga is good for range of motion, strength, coordination and reduced anxiety, all of which contribute to the ability to stay upright and not fall. If you don’t fall, you greatly reduce your risk of a serious fracture.”

What makes exercise so critical for bone health? Your bones are constantly being rebuilt in a dynamic process involving the removal of old bone through osteoclasts and regeneration of new, healthy bone by osteoblasts.

Load-bearing exercise helps build stronger bones by stimulating cells responsible for the synthesis and mineralization of bone (osteoblasts). In short, as you put tension on your muscles, it puts more pressure on your bones, which then respond by continuously creating new bone.

One of my favorite weight-bearing exercises is the walking lunge, as it helps build bone density in your hips, even without any additional weights. Running and jumping (provided your fitness level allows it) are also effective, as is weight training.  As previously reported by The New York Times:

“Sprinting and hopping are the most obvious and well-studied examples of high-impact exercises. In one … study, women ages 25 to 50 who leaped like fleas at least 10 times in a row, twice per day for four months, significantly increased the density of their hipbones.

In another, more elaborate experiment from 2006, women who hopped and also lifted weights improved the density of their spines by about 2 percent compared to a control group, especially if the weight training targeted both the upper body and the legs. Women whose weight training focused only on the legs did not gain as much density in their spines.”

As mentioned earlier, certain nutrients are really important for bone strength. These include calcium, magnesium, vitamin D and vitamin K2. If I were to rank them, the latter two would be at the top of the list, for the mere fact that most people are deficient in them. That said, all four of these nutrients work in tandem and cannot perform properly without the others:

Calcium, magnesium, vitamin K2 and D3 are available in supplement form, but you can also get them naturally from food and the sun, which is typically preferable to a supplement.

Good sources include raw milk and cheese from pasture-raised cows (that eat plants), leafy green vegetables, the pith of citrus fruits, carob, sesame seeds and wheatgrass, to name a few. Calcium from dietary sources is typically better absorbed and utilized than calcium from supplements, which may increase your risk of heart attack or stroke. This is particularly true if you’re deficient in vitamin K2.

Dietary sources of magnesium include sea vegetables, such as kelp, dulse and nori. Few people eat these on a regular basis however, if at all. Vegetables can also be a good source, along with whole unprocessed grains.

However, grains MUST be prepared properly to remove phytates and anti-nutrients that can otherwise block your absorption of magnesium. As for supplements, I prefer magnesium threonate, as it can penetrate the mitochondrial membrane more efficiently than other varieties.

Ideally, optimize your vitamin K through a combination of dietary sources (leafy green vegetables, fermented foods like nattō and raw milk cheeses) and a K2 supplement, as most people don’t get sufficient amounts of vitamin K from their diet to reap its full health benefits.

The form of vitamin K2 that has the most relevance for health benefits is MK7, a newer and longer-acting form with more practical applications. MK7 is extracted from the Japanese fermented soy product called nattō. You could actually get plenty of MK7 from consuming nattō, as it is relatively inexpensive and available in most Asian food markets.

Most vitamin K2 supplements are in the form MK7. You must use caution with vitamin K2 if you take anticoagulants, but if you are generally healthy and not on these types of medications, I suggest 150 to 300 micrograms daily.

Exposing your skin to natural sunlight is the best way to get enough of this important nutrient. Vitamin D from sunlight acts as a pro-hormone, rapidly converting in your skin into 25-hydroxyvitamin D, or vitamin D3. A therapeutic UV bed may help you achieve similar results. A third alternative is taking an oral vitamin D3 supplement.

Be sure to monitor your level to be sure you’re within the therapeutic range of 40 to 60 nanograms per milliliter. Also remember to increase your vitamin K2 intake when you take a high dose D3 supplement.

One of the best ways to achieve healthy bones is a real food diet rich in fresh, whole foods that maximizes natural minerals so that your body has the raw materials it needs to do what it was designed to do. In addition, you need sensible sun exposure along with regular exercise. To sum it up:

1. Consume a wide variety of fresh, ideally organic, whole foods, including vegetables, nuts, seeds, organic meats and eggs, and raw (unpasteurized) organic dairy for calcium and other nutrients. Minimize processed sugar and refined grains. Switching to a natural salt like pink Himalayan may also be helpful, as it contains a wide variety of natural minerals needed for healthy bone growth, as explained by Dr. Robert Thompson in his book “The Calcium Lie.”

One of the tenets of his book is that bone is composed of at least a dozen minerals, and if you focus exclusively on calcium supplementation you may actually worsen your bone density and increase your risk of osteoporosis. He believes one of the best practical alternatives is the use of naturally occurring ionic minerals, as most need trace minerals these days, not just calcium, due to most of our food being grown in mineral-depleted soils.

2. Optimize your vitamin D3 through a combination of sun exposure, food and/or an oral vitamin D3 supplement (ideally one that also contains K2). Check your blood levels regularly to make sure you’re within the healthy range of 40 to 60 nanograms per milliliter.

3. Optimize your vitamin K through a combination of dietary sources and a K2 supplement, if needed. Although the exact dosing (for oral supplementation) is yet to be determined, and you must use caution on the higher doses if you take anticoagulants, if you are generally healthy and not on these types of medications, I suggest 150 to 300 micrograms daily.

4. Make sure you do some form of weight-bearing exercise. Examples include body-weight exercises, WBVT and yoga. Strength-training exercises are also important in order to produce the dynamic electric forces in your bones that will stimulate the osteoblasts to produce new bone. 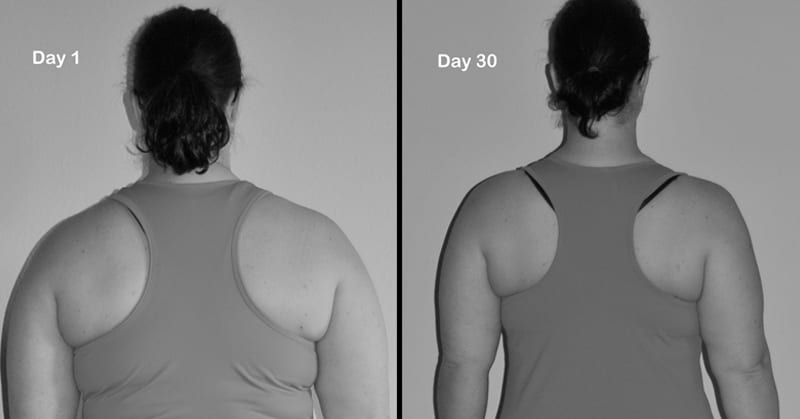 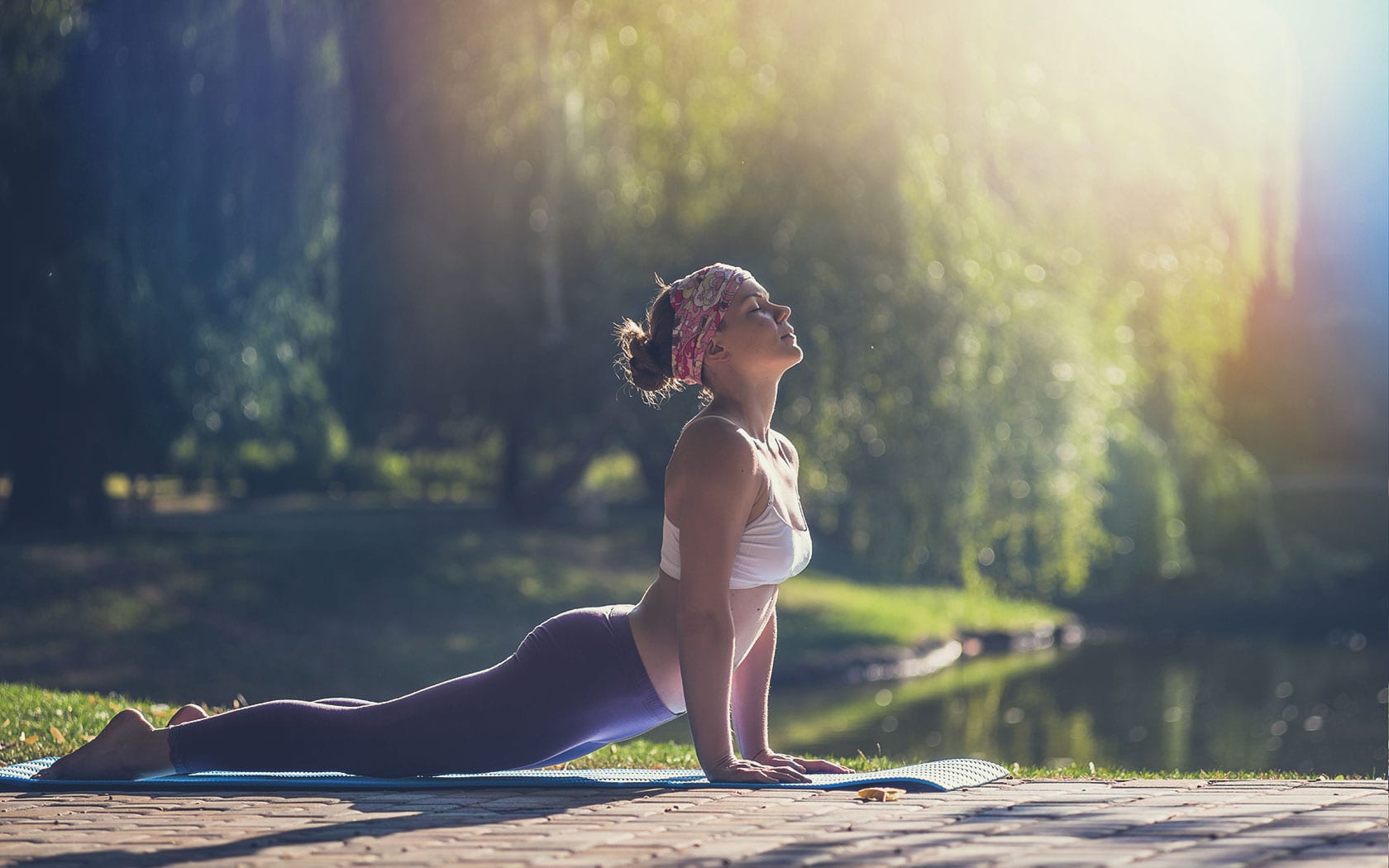 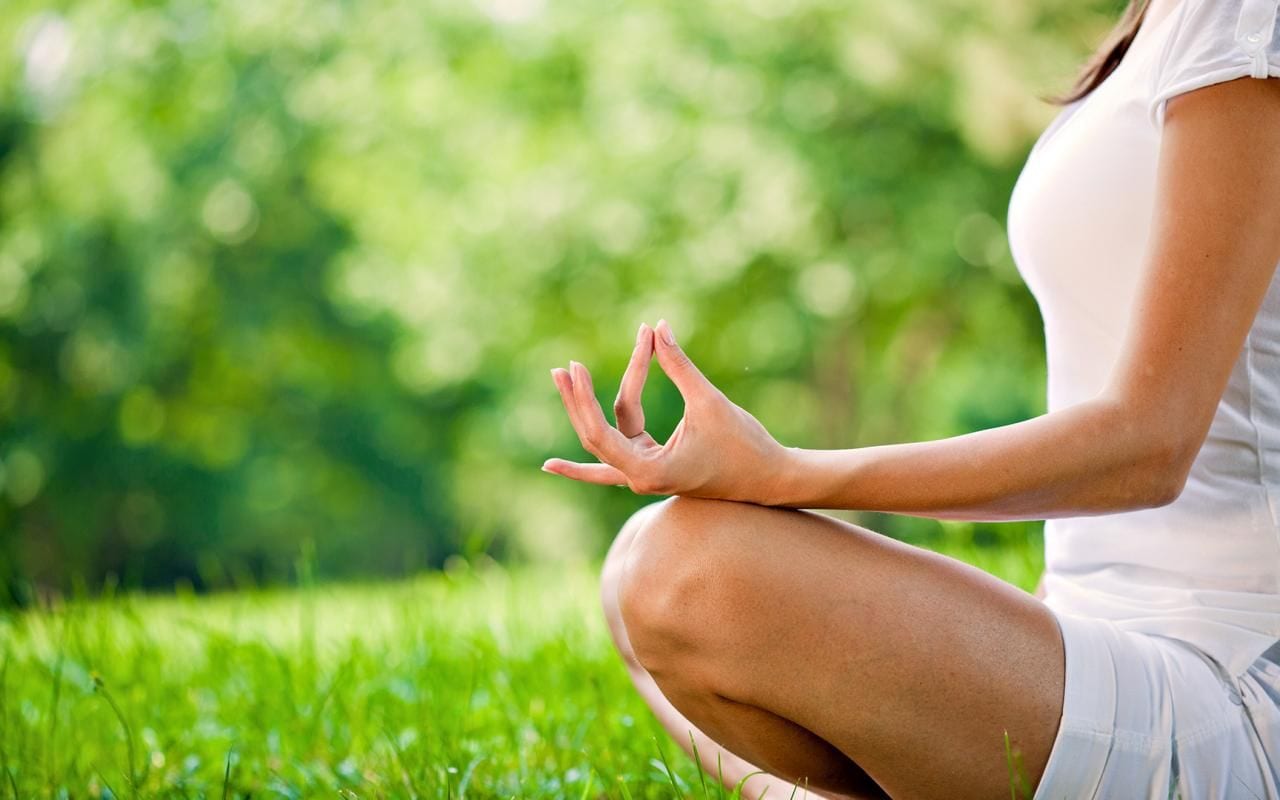