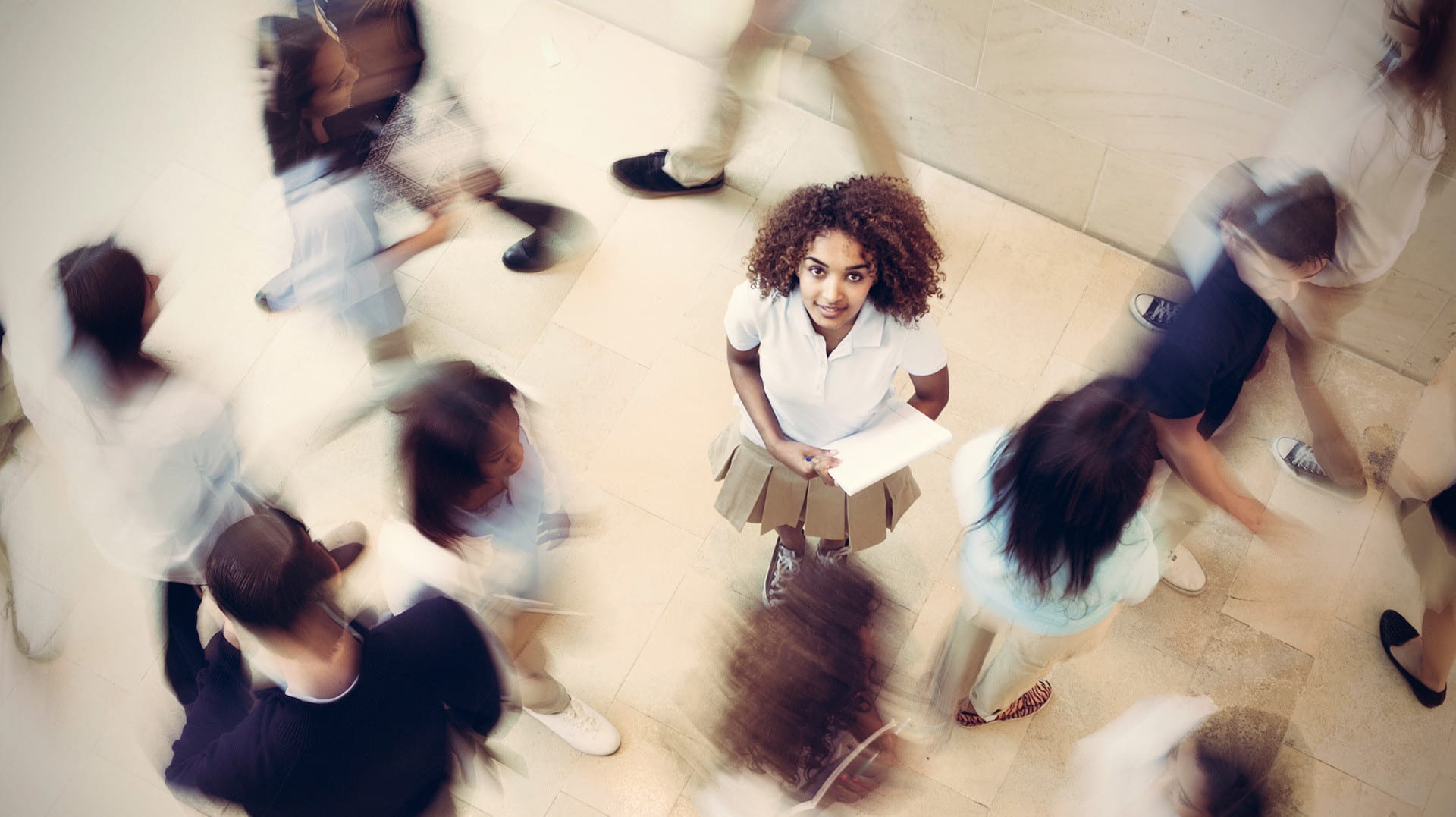 For the sensitive tween who’s starting middle school, one wrong word, a single miscalculated fashion decision or lunch table choice, and her whole world may seem as if it’s been blown to bits. And what’s a kid to do once she has, inevitably, stomped down full-force on a reputation-exploding landmine?

This predicament faces Beatrix Lee, a 12-year-old poet, after a public humiliation leaves her ostracized and fragile. Fearful of misstepping again, Bea has quickly taught herself to “Go Stealth,” hiding behind music-less headphones and speaking so rarely that her words back up inside her. Even the poems she writes are invisible — haiku composed in lemon juice and water, which she tucks inside a hole in a wall on a wooded path, where no one could possibly stumble upon them. In a welcome divergence from the traditional coming-of-age novel, Kat Yeh’s “The Way to Bea” is not the story of a young girl discovering who she is, but rather a girl who knows from harsh experience that being yourself can be the fastest way to trouble.

Yeh, the author of “The Truth About Twinkie Pie,” has created an indelible character in Bea. Her story shines most brightly in its juxtaposition of Bea’s “true” self — in all its dancing-on-the-sidewalk-and-colored-bath-bombs-in-the-pool vibrancy — with the “blank page” she presents to the world. An intuitive creature, Bea counts out the beats of the haiku she writes on her fingers, thumping the syllables against her chest until she has a “bah-bump moment.” So she understands, with heartbreaking clarity, that sometimes she’s seen as “too much,” just by virtue of being her. She knows, too, that she’s not nearly as strong and brave as her pregnant artist mother, who paints enormous blue nude self portraits and tells her daughter, “Whatever you feel on the inside is what you put out there in the universe.” Nor is Bea as goofy and kind as her graphic-novelist father, whose latest creation — a Taiwanese superhero named Sky, who can draw objects into existence — has won him legions of fans. While on the surface her parents’ loving but lax approach to childrearing seems ideal, Bea sometimes feels like little more than an interruption in their otherwise dreamy love story. She doesn’t feel entirely at home in the offices of the school newspaper, either, where she’s been named the first-ever seventh-grade poetry editor. It’s there she meets Briggs, a fedora-wearing eighth grader who is clearly enamored by Bea and her work — a development that causes Bea further anxiety. “He smiles at me in this sweet awkward way that makes me wish people didn’t have to start liking people in a way that wasn’t just friendship,” Bea muses. “Because I just really, really like Briggs.”

Bea does find a fellow outcast to help steer a course through middle school — Will, who may be “Planning Smart” and “Observing Smart,” but certainly isn’t “People Smart.” Will, who we are left to assume falls somewhere on the autism spectrum, has an obsession with labyrinths and is single-mindedly planning to break into the grounds of an eccentric billionaire, where the third-largest labyrinth in the country is thought to be cloistered. Unlike a maze with its twisty trails and blind alleys, Will explains, a modern labyrinth is made up of a single path that winds toward a central spot. There are no choices to make, no wrong turns, and walking a labyrinth is said to create a Zen-like calm. The idea of a decision-free path strikes a chord with Bea, and she joins Will in his scheme.

If the ensuing adventure relies a little too heavily on coincidence and conveniently dropped morsels of information, the resulting escapade is worth it, for Bea and for the reader. The trip through the labyrinth itself makes for a gorgeously terrifying climax, and Bea’s ultimate plunge into the heart of the unknown is triumphant. It’s refreshing to find a children’s novel that refrains from offering the pat advice to “just be yourself,” and instead explores the messier truth that sometimes you have to decide when and by whom the most vulnerable bits of your personality might be best received. When a mysterious stranger discovers Bea’s invisible poems in the hole in the wall — and not only knows the trick to read them but encourages Bea to write more — Bea feels she’s been saved from “eternal invisibility.” Whether this will be her salvation or her undoing is the larger question we are left pondering.