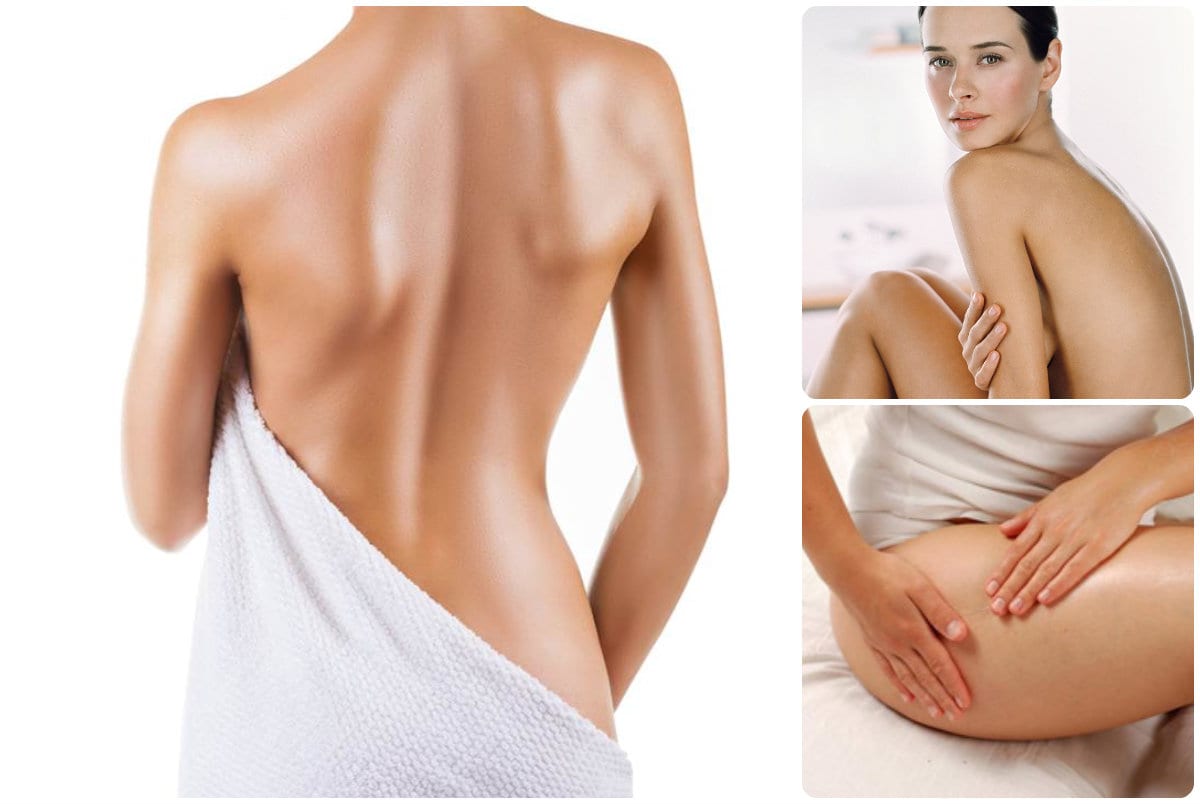 Vitamin A (retinoic acid) offers the benefits of good vision, cell growth, and in the case of skin, increased collagen production. Although dermatologists used to believe that these topicals made the skin more sun sensitive, we now know that they protect against further ultraviolet (UV) damage. Just a pea-size amount can lead to an even complexion, softer facial lines, and acne prevention.

Vitamin B12, also known as cobalamin, is one of the eight vitamins found in vitamin B complex. Each B vitamin has a unique function, and they all work in tandem to maintain health. B vitamins are water soluble and not retained by the body, so it’s important to get what we need through diet or supplementation. B12 keeps nerves and red blood cells in check. It boosts skin metabolism, allowing nutrients to more readily access our largest organ. This also results in healthier hair, because as the nutrients reach your scalp and help folicles to grow strong. Take note: B12 also keeps hair color vibrant!

One of the best antioxidants around, vitamin C (L-ascorbic acid) helps to protect us against the free radical damage inflicted on the skin from unprotected UV exposure and pollutants. It boosts collagen production, decreases marks, and reduces overall inflammation in sun-exposed areas. A bonus? Vitamins C and A work perfectly together, with no irritation, to turn back the hands of time.

Although vitamin D is a heavy hitter when it comes to heart health, bone health, and overall immunity, some research shows that it can also benefit the skin. According to a 2004 study, topical vitamin D was found to prevent wrinkles and protect against environmental stressors. Although D is not an antioxidant, it’s thought to act in a similar capacity. Enjoy the sun, but remember to protect yourself.

A well-regarded antioxidant, vitamin E (tocopherol) certainly has some all-over health benefits. But when it comes to skin, it’s a little tricky. Touted as the ultimate scar remedy and in some cases an eczema cure, there is little science behind these claims. In fact, according to the American Contact Dermatitis Society, this vitamin is one of the most common culprits of skin allergies. Because there are ample other options, the best advice here would be to proceed with caution, if at all.

Folic is a firming force on the skin. It helps to remove toxins, a benefit to any organ, and is a notorious source of glowing hair.

Brittle nails? It’s biotin time. This vitamin is reliable in its ability to strengthen and grow. Avoid splits and tears especially as pool time approaches. Let’s get those hands summer ready.

Eye circles? They may come from genetics, pigmentation, or leaky capillaries. If it’s leaky capillaries, vitamin K may be the key ingredient needed to plug the leak, as it plays an critical role in clotting.

Australian researchers did a study suggesting that nicotinamide (vitamin B3) significantly reduced the incidence of non-melanoma skin cancers among people who have had a previous basal cell carcinoma or squamous cell carcinoma. In a yearlong study of 386 people, half of the group took 500 milligrams of nicotinamide twice a day and the other half were given a placebo. The researchers found that people who took the vitamin cut their chances of developing new skin cancers by 23 percent. Nicotinamide also may have a benefit in reducing skin redness. That’s power!

These are good fats. They have been credited with promoting a healthy heart and healthy skin. By regulating cell membranes, omegas keep in the good and block out the bad.

Selenium is most beneficial when is comes to decreasing redness—meaning that post-workout flush. It also can help with dandruff and scalp flakes.

Over 90 percent of the signs of visible aging and skin cancers come from unprotected exposure to UV light. Choosing a broad-spectrum SPF 30 or higher with titanium dioxide (a naturally occurring mineral) can help protect your skin. Mineral sunscreens block out sunlight before it’s absorbed into the skin. They are often less irritating than products that contain chemicals. Another plus: They effectively protect against other sources that can contribute to skin damage such as visible light and even the glow that comes from your smartphone.

Zinc is not only a top sun protector, it’s a zit-zapper too. It reduces the inflammatory response involved in the production of acne. Because it helps cell turnover, it may also decrease some of the oil production leading to clogged pores.