Home » Nutrition and diet » The Surprising Benefit of Eating Fish 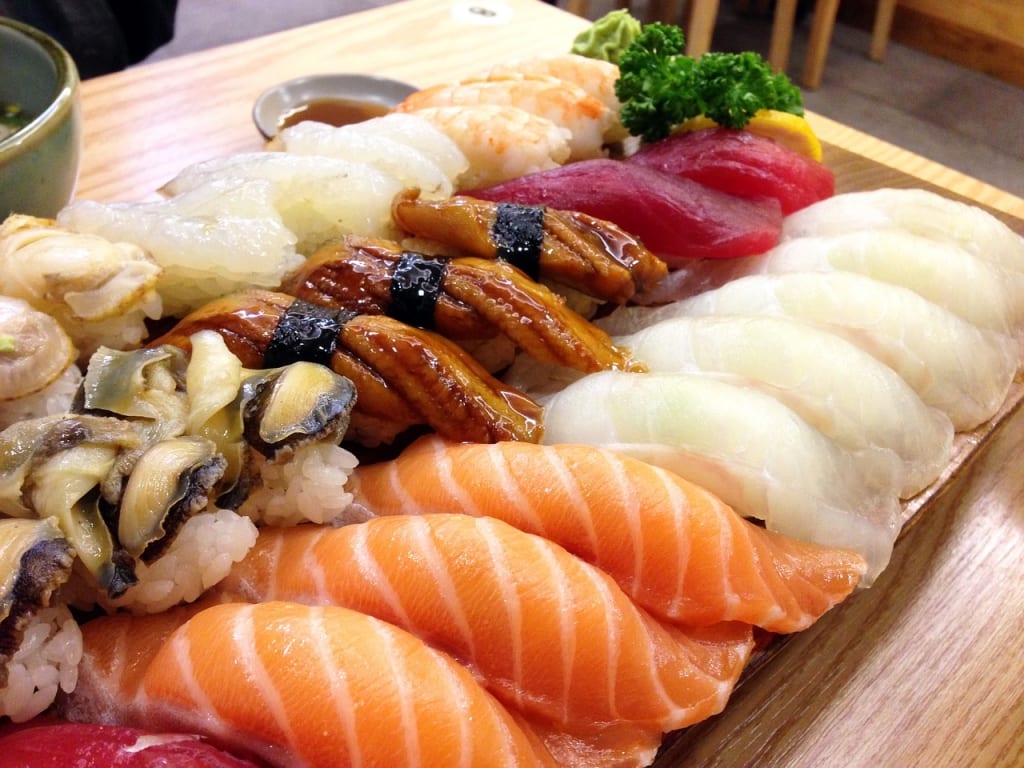 Ordering off the seafood menu may help ease the aches and pains of rheumatoid arthritis (RA), according to a new study in Arthritis Care & Research. People with RA who ate fish at least twice a week reported less joint swelling and tenderness than those who rarely or never did—and the findings suggest that the more fish they ate, the less active their disease.

The study involved 176 people with RA who answered questions about their diet over the past year. Specifically, the authors looked at responses to questions about how often people ate tuna, salmon, sardines and other fish prepared raw, broiled, steamed or baked.

They did not look at how often people ate fried fish, shellfish or fish in mixed dishes (like shrimp stir-fry, for example), because these meals tend to be lower in omega-3 fatty acids—a type of fat with anti-inflammatory properties. Previous studies have shown that taking fish-oil supplements (which are rich in omega-3s) may benefit people with RA, but this is among the first studies to look at the consumption of actual fish.

The researchers also looked at the patients’ disease-activity scores, a measure that takes into account the number of swollen and tender joints they have, as well as a blood marker of inflammation.

Disease-activity scores were an average of half a point lower for people who ate the most fish (twice a week or more) compared to those who ate the least (once a month or never). This was found after researchers adjusted for a number of factors that may otherwise affect the results, including age, sex, body mass index, depression, marital status, medication use and fish-oil consumption.

That may not sound like much. But for the scale used in the study, a score of less than 2.6 indicates remission, while a score greater than 5.1 indicates active disease. A half-point reduction is clinically significant, say the researchers; it’s about one-third the amount of improvement reported in clinical trials for methotrexate drugs, which are considered the standard of care for RA.

“With that type of improvement, we would generally expect that a patient would feel noticeably better,” says lead author Dr. Sara Tedeschi, associate physician in rheumatology at Brigham and Women’s Hospital.

The study also suggests that people don’t have to eat fish twice a week to get some benefit, and they don’t have to stop at twice a week, either. Each serving of fish per week was linked to lower disease activity.

The authors concluded that higher intake of fish may be associated with lower disease activity in people with RA, although they caution that the study—which only looked at fish consumption and disease activity at one point in time—could not show a cause-and-effect relationship. While Tedeschi can’t say whether eating fish might have anti-inflammatory benefits for people without RA, she does point to previous research that has suggested a small protective effect.

“If our findings can be replicated in other populations and over longer periods of time, we may be able to show one specific reason for people with RA to eat more fish,” says Tedeschi. That’s in addition to plenty of other reasons that eating fish is a smart choice, she adds, whether you have arthritis or not.

Nutrition and diet Benefits of raspberries for health and body

Nutrition and diet Most useful nuts: what varieties need to be eaten?

Nutrition and diet Properties and Benefits for Health of Pomelo