Home » Health » What Happens to Your Body When You Stop Eating Meat? 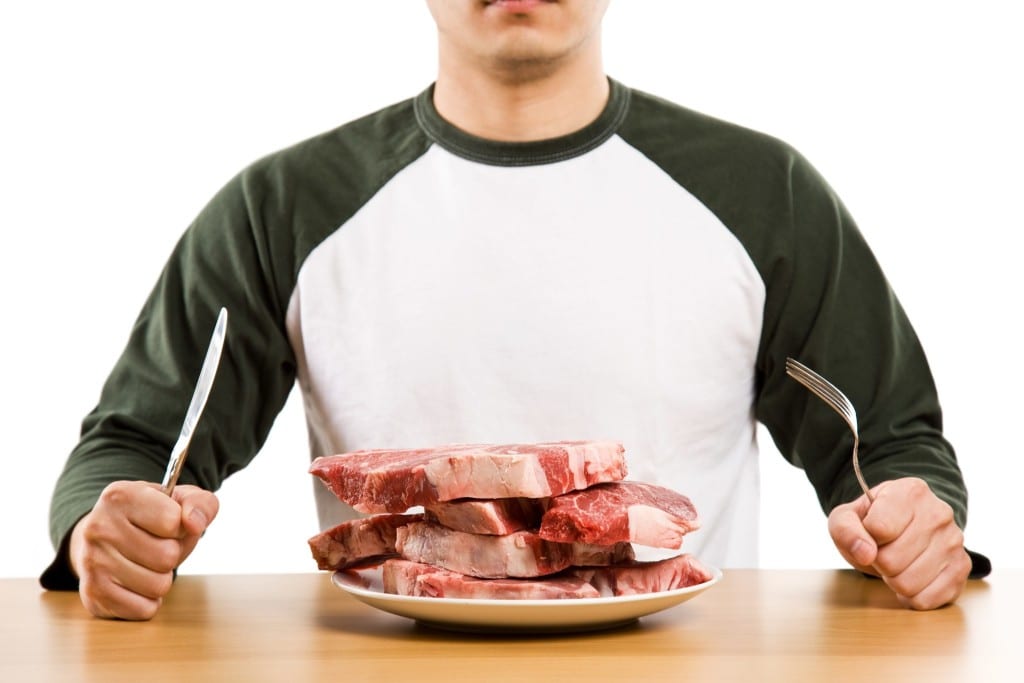 Are you thinking about going on plant-based diet only?

If you make this crucial change in your diet, you may reap noticeable health benefits including: weight loss, energy boost, reduced risk of heart disease, decreased number of pills you take, and so on.

Just check out these 6 important benefits if you go plant-based:

1. Reduced inflammation in your body

Eating a lot of meat, cheese, and highly processed foods, elevates the level of inflammation in your body. While short-term inflammation (like the one after an injury) is necessary and normal, inflammation that goes on for months or years is not at all ‘normal.’

Chronic inflammation has been closely related to the development of heart attacks, atherosclerosis, strokes, diabetes, and most of the autoimmune diseases. As opposed to meat-based nutrition, plant-based diets are anti-inflammatory in a natural way, because they are abundant in plant fiber, antioxidants, and other phytonutrients.

This diet is significantly lower in inflammatory triggers such as saturated fat and endotoxins (those are toxins released from bacteria commonly found in foods originating from animals).

Studies have shown that people who adopt plant-based diets can dramatically decrease their level of C-reactive protein (CRP), which is an indicator of inflammation in their body.

When blood cholesterol level elevates, it becomes a key risk factor for heart disease and stroke, which have been listed as top 2 killers in the U.S.

Red meat, poultry, cheese, and other animal products, contain saturated fat, which is amajor driver of our blood cholesterol levels.

Studies consistently show that when people turn to plant-based food, their blood cholesterol levels drop by 35%. In many cases, the decrease is equivalent to that noticed with drug therapy—but, for a change, with many positive effects replacing the side effects associated with taking drugs!

People who need cholesterol-lowering drugs can further slash their cholesterol levels and cardiovascular risk by adopting a well-planned vegetarian diet.

Organic whole-foods reduce blood cholesterol because they tend to be very low in saturated fat while their cholesterol is zero.

On top of it, plant-based diets are rich in fiber, which additionally reduces blood cholesterol levels. Soy has also been shown to play a role in lowering cholesterol, for those who choose to put it on their menu.

3. Your microbiome gets a ‘makeover’

Microbiome is a single name for the trillions of microorganisms living in our bodies. Progressively, these microorganisms are seen as crucial for our complete wellbeing.

Not only do they help our food digestion, but they also produce critical nutrients, ‘train’ our immune systems, turn genes on and off, keep our gut tissue healthy, and help protect us from malign conditions.

Studies have shown that they play a role in diabetes, obesity, atherosclerosis, autoimmune diseases, inflammatory bowel disease, and liver disease.

Plant foods are indispensable in shaping a vigorous intestinal microbiome. The fiber in plant foods promotes the growth of the so-called ‘friendly bacteria’ in our GI tract.

On the other hand, fiber-lacking diets (such as those that are high in milk products, eggs, and meat) can foster multiplying of disease-promoting bacteria. Landmark studies have shown that when omnivores eat choline or carnitine (found in meat, poultry, seafood, eggs, and dairy), gut bacteria make a substance that is converted by our liver into a toxic product called TMAO.

This TMAO by-product leads to worsening cholesterol plaques in our blood vessels and escalates the risk of a heart attack or stroke.

At the opposite end, people who are having plant-based diets make LITTLE or NO TMAO after consuming a meat-containing meal, because they have a totally different gut microbiome.

It takes only a several days for our gut bacterial patterns to change – the benefits of a plant-based diet ‘kick’ quickly!

Scientists have made the remarkable discovery that “environmental and lifestyle factors can turn genes on and off.” The antioxidants and other nutrients we intake through whole plant foods can alter gene expression to optimize how our cells repair impaired DNA chains.

Research has also shown that lifestyle changes, which certainly include a plant-based diet, can decrease the expression of cancer genes in men with low-risk prostate cancer.

We have even seen that a vegie-based diet, accompanied by other lifestyle changes, can lengthen our telomeres (they are the caps at the end of our chromosomes that help keep our DNA stable).

This might mean that our cells and tissues decline more slowly, since shortened telomeres are associated with aging and earlier death.

5. Your chances of getting type 2 diabetes get reduced

About 38% of the U.S. population have prediabetes —a precursor to type 2 diabetes. Animal protein, especially the one in red and processed meats, has been shown multiple times to increase the risk of type 2 diabetes.

In the Adventist population, omnivores have doubled rate of diabetes compared with vegans, even when differences in body weight are taken into accounting.

In fact, in this population, eating meat once a week or more over a 17-year period increased the risk of diabetes astounding 74%! Similarly, in the Health Professionals Follow-up Study and Nurses Health Study, increasing red meat intake by more than just half a serving per day was associated with a  48% increased risk of diabetes over 4 years.

The question is, why would meat products cause type 2 diabetes?

There are several reasons for this outcome. Namely, animal fat, animal-based (heme) iron, and nitrate preservatives in meat have been found to damage pancreatic cells, worsen inflammation, cause weight gain, and impair the way our insulin functions.

Hence, you will radically lessen your chances of getting type 2 diabetes by keeping animal products away from your dish and putting whole plant foods instead.

This is especially true if you eat unrefined whole grains, which are highly protective against type 2 diabetes.

6. You get both the right amount, and the right type of protein

An average omnivore in the U.S. gets more than 1.5 times the optimal amount of protein, most of it from animal sources.Contrary to popular perception, this excessive protein intake makes us neither stronger nor leaner.

Excess protein is stored as fat or turned into waste, and animal protein is a major cause of extra weight gain, heart disease, diabetes, inflammation, and ultimately cancer.

On the other hand, the protein found in whole plant foods protects us from many chronic diseases. There is no need to ‘track’ protein intake or use protein supplements with vegetal -based diets.

If you meet your daily calorie needs, you get plenty of protein. The longest-lived people on Earth, i.e. those living in the ‘Blue Zones’, get about 10% of their calories from protein, compared with the U.S. average of 15-20%. 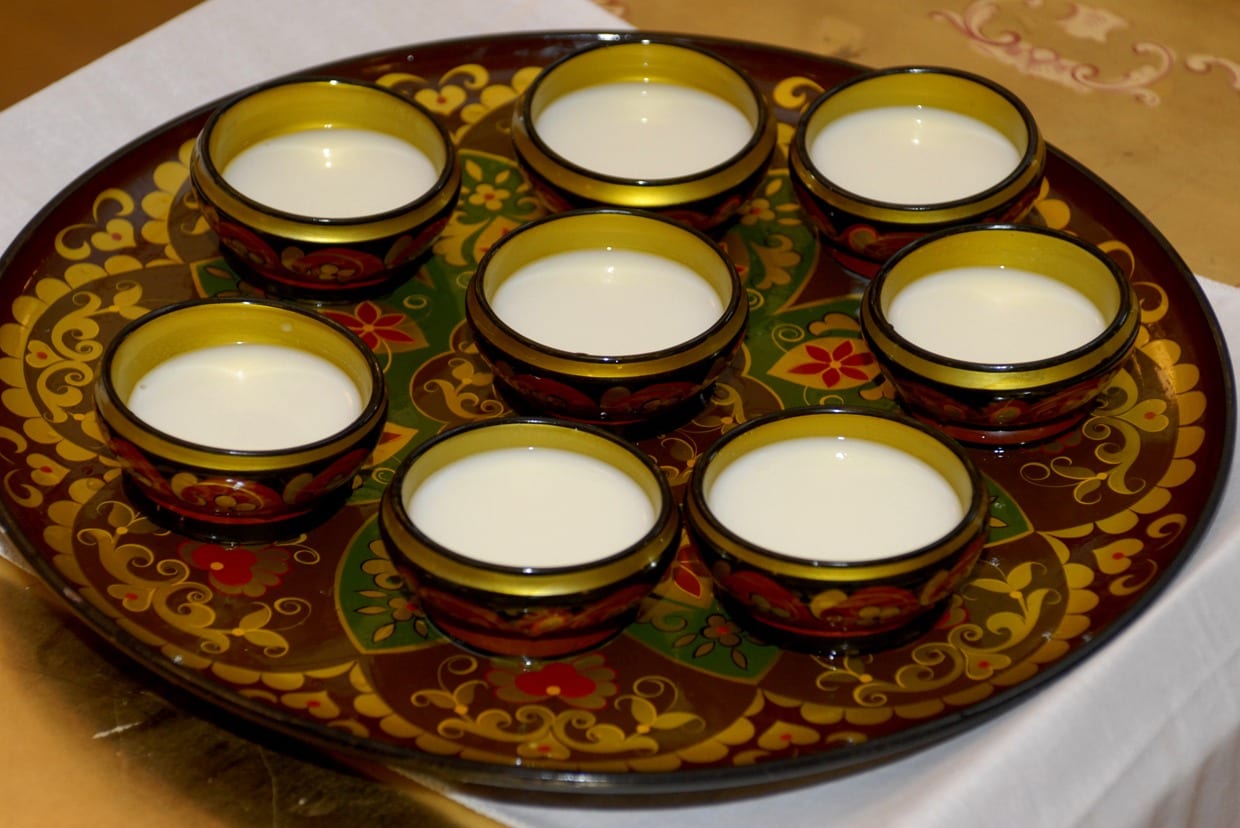 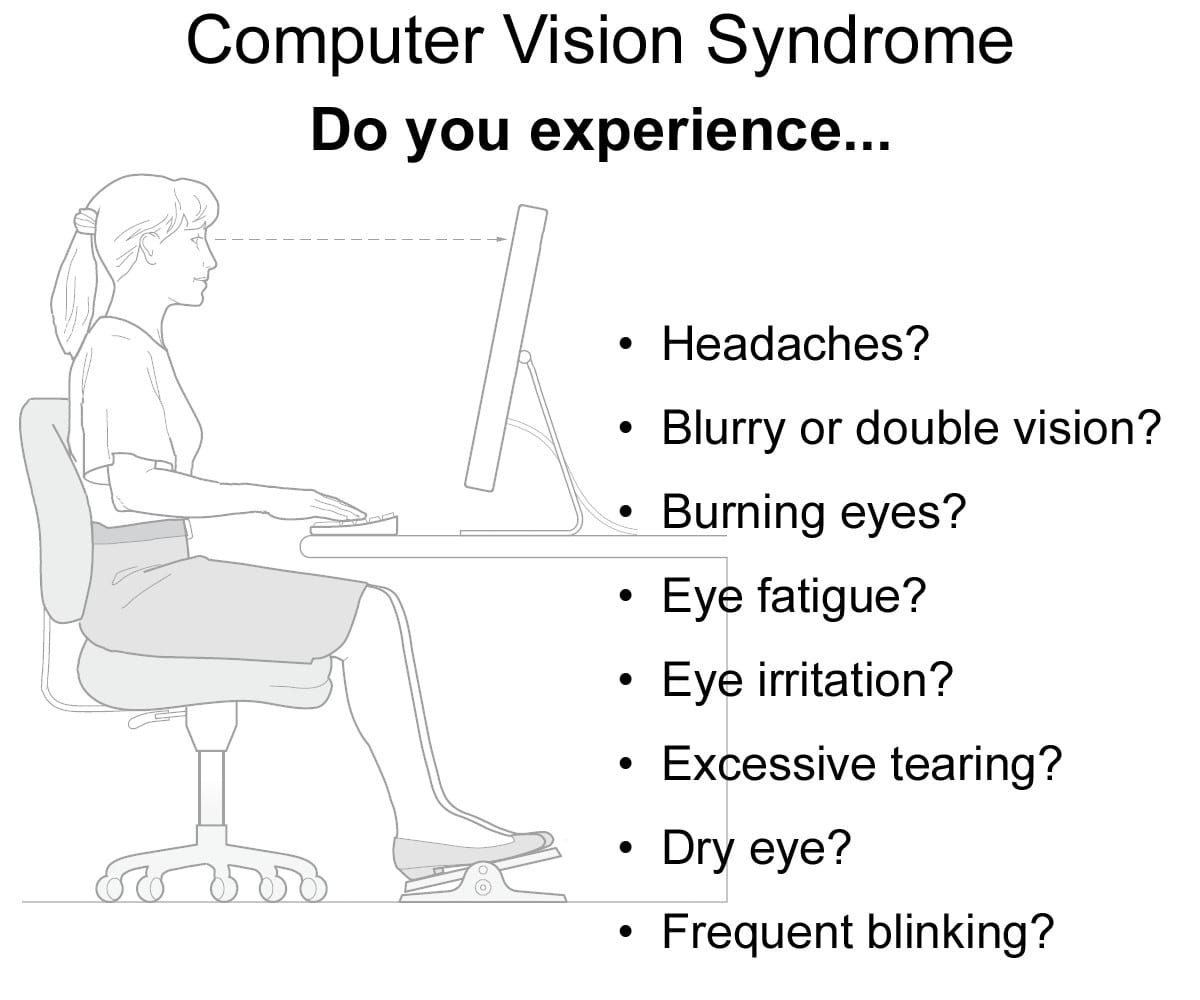 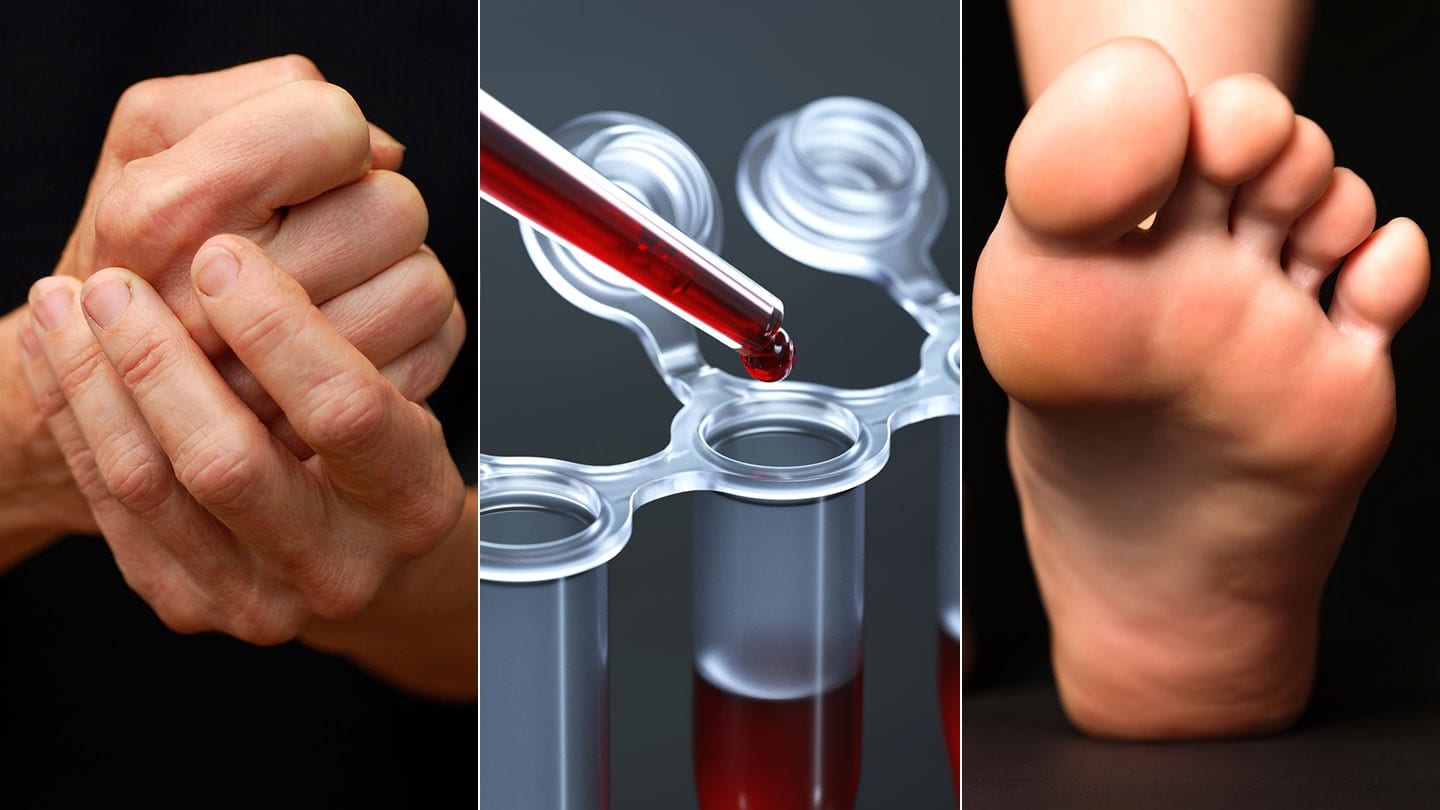 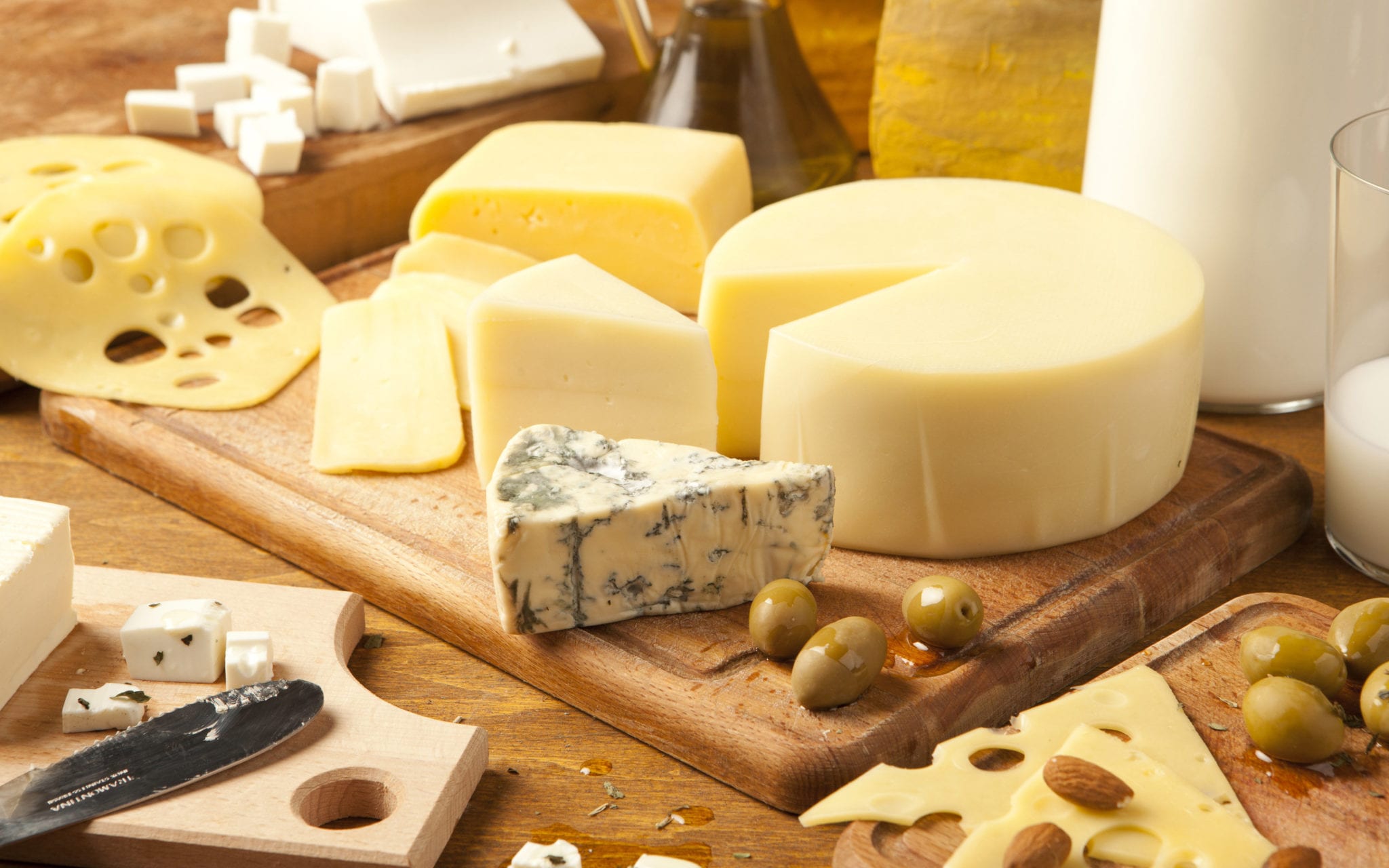 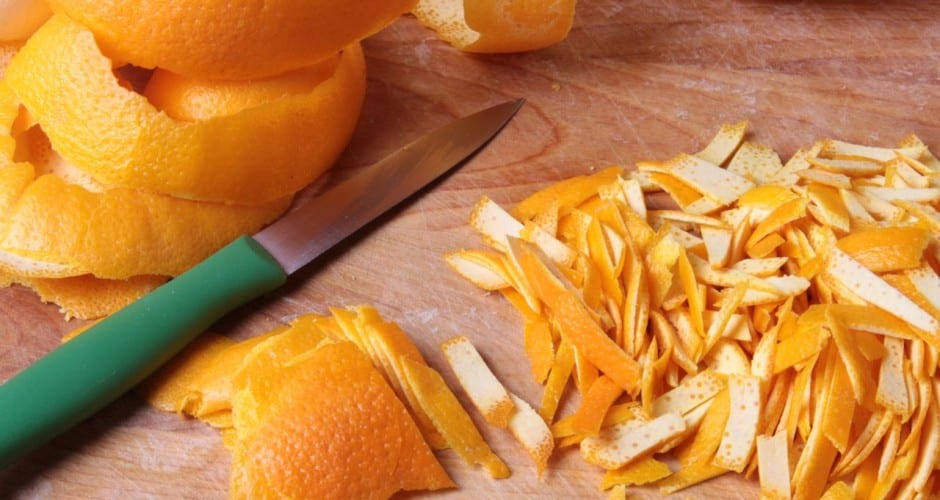 Make Your Own Vitamin C Supplement At Home – It’s Easy And Costs You Nothing!
3 Min Read