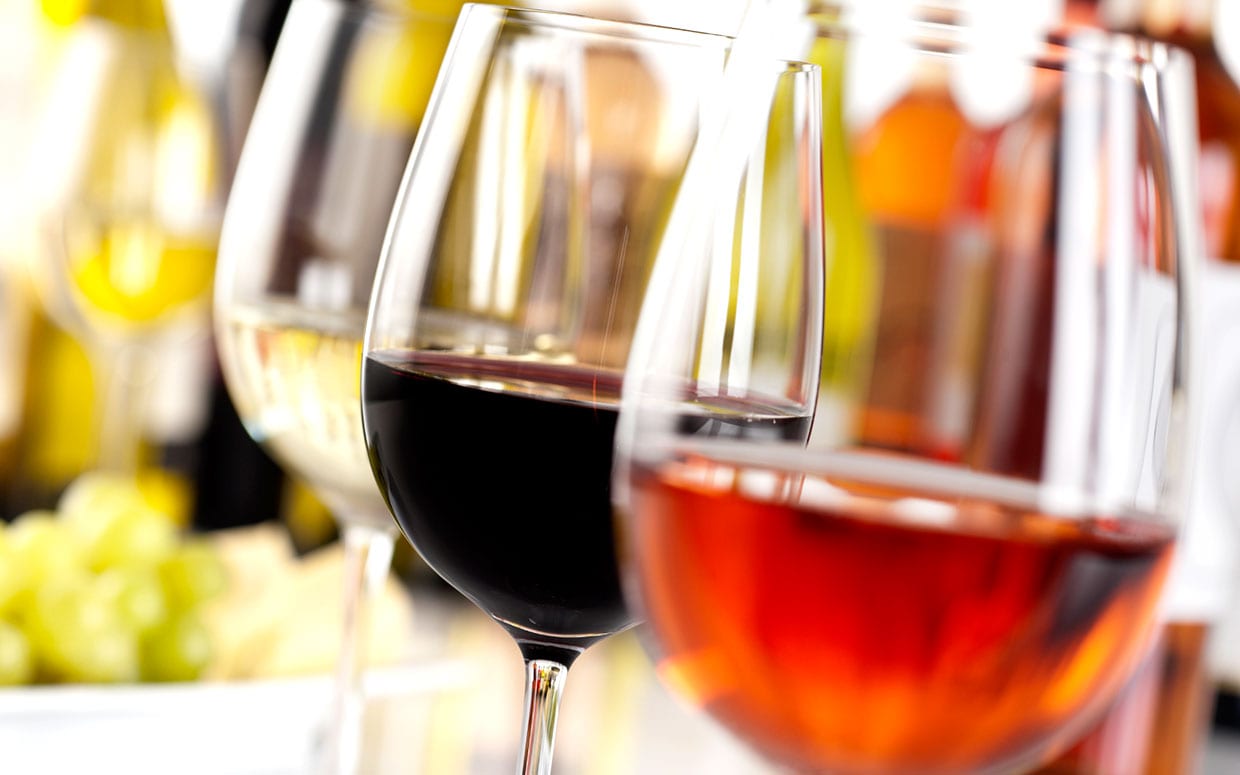 Some plants make resveratrol to fight off bacteria and fungi, or to withstand a drought or lack of nutrients. Red and purple grapes, blueberries, cranberries, mulberries, peanuts, and pistachios are sources. Resveratrol may be the wonder ingredient responsible for many of wine’s benefits.

Isolating the resveratrol does not yield the same powers, indicating that a constellation of forces act together to protect the body. Most studies focus on the benefits of red wine because white grapes do not contain resveratrol.

Prepare to be amazed and relieved. You’re about to learhow your wine-drinking ritual can be a powerful health elixir. Check out the following fourteen benefits of wine that go way beyond heart healthiness.

That’s right. On the island of Ikarios, a recently discovered Blue Zone, people live longer than anywhere else in the world. Daily wine consumption is part of a dietary pattern that encourages long life through eating fewer animal-based foods and eating more plant-based foods. You’ll find the long-lived residents of Crete and Sardinia sipping dark red wine, a part of their anti-aging lifestyle. A 2007 study suggests procyanidins, compounds found in red wine tannins, help promote cardiovascular health. Wines produced in areas of southwest France and Sardinia, where people tend to live longer, have particularly high concentrations of the compound.

Researchers at Harvard Medical School uncovered evidence that resveratrol directly activates a protein that promotes health and longevity in animal models. Resveratrol increases the activity of sirtuins (longevity pathways), a group of genes that protects the body from diseases of aging.

Resveratrol may help improve short-term memory. After just 30 minutes of testing, researchers found that participants taking resveratrol had a significant increase in retention of words and showed faster performance in the portion of the brain associated with the formation of new memories, learning, and emotions.

Resveratrol is able to inhibit the growth of acne-causing bacteria longer than benzoyl peroxide. And it works even better when combined with benzoyl peroxide.  So far, drinking the antioxidant is the best way to benefit from its properties. Topical application in creams has not been proven as effective – so imbibe your antioxidants in wine, fruits, and veggies rather than buying expensive creams.

4.  Wine may beat trips to the gym

Would you rather drink wine or slave away at the gym?  Scientists at the University of Alberta in Canada found that resveratrol improves heart, brain, and bone function; the same way these parts are improved when you go to the gym. Now imagine the benefits of doing both!

5. Say goodbye to the blues

You know wine helps you relax…but depression?  Researchers in Spain found that men and women who drank two to seven glasses of wine per week were less likely to be diagnosed with depression. Even when taking into account lifestyle factors which could influence their findings, the reduced risk held strong.

6. Reduce (not increase) your risk of liver disease

This study challenged conventional thinking about alcohol and liver disease. Modest wine consumption, defined as one glass a day, may decrease the prevalence of Non-Alcoholic Fatty Liver Disease (NAFLD). Modest wine drinkers, as compared to teetotalers, cut their risk of NAFLD in half. And compared with wine drinkers, modest beer or liquor drinkers had four times the odds of having suspected NAFLD.

Resveratrol stops out-of-control blood vessel growth in the eyes, according to Washington University School of Medicine in St. Louis. This may help with treatment of diabetic retinopathy and age-related macular degeneration. Note that these studies were done in mice, so the dose for humans is not yet clear. But this is a great start.

Did you know that drinking wine is a little-known way to protect your teeth from bacteria? We mentioned wine’s antimicrobial effects on the skin. Well, it also helps reduce bacteria on our teeth.Using five of the common oral plaque-causing bacteria, scientists noted almost complete degradation of the bacteria after applying the biofilms with red wine.

Red grapes are the fruit best able to suppress the activity of aromatase, the enzyme used by breast tumors to produce their own estrogen – this is called an aromatase inhibitor. Red wine may serve as a nutritional aromatase inhibitor, which may ameliorate the elevated breast cancer risk associated with alcohol intake. Note that you can also eat red grapes; those with seeds are especially helpful. Resveratrol is also thought to kill cancer cells by cutting off a pathway that feeds cancer cells.

Studies show that moderate consumption of red wine can reduce the risk of colon cancer by 50%.

Harvard Men’s Health Watch reports that men who drink an average of four to seven glasses of red wine per week have a 52% less chance of being diagnosed with prostate cancer compared to those who don’t drink wine.  Red wine appears particularly protective against advanced or aggressive cancers. Doctors speculate that flavonoids and resveratrol contain potent antioxidants and may counterbalance androgens, the male hormones that stimulate the prostate.

10.  Stave off those pesky sniffles

So maybe grandma’s cold remedy isn’t so strange after all. A study looked at 4,000 faculty members at five universities across Spain. Those who drank wine were less likely to come down with a cold compared to those that drank beer or spirits. Researchers think that the antioxidants help lower inflammation and reduce the symptoms of colds.

11.  Lower your cholesterol (without changing your diet)

Resveratrol is thought to reduce LDL and increase HDL, meaning that our blood vessels are less likely to be coated with plaque. Even the American Heart Association admits that moderate consumption of any type of alcohol can increase your HDL, or good cholesterol, by about 12%.

12. Reduce the risk of stroke

Wine may reduce your risk of ischemic stroke. In analyses adjusted for age, sex, and smoking, intake of wine on a monthly, weekly, or daily basis was associated with a lower risk of stroke compared with no wine intake.  The benefits were not seen in beer or hard alcohol consumption.

Red wine is abundant in polyphenols. The polyphenols in wine interact with cells involved in the development and storage of fat and the regulation of blood sugar.  The amount of polyphenols in a small glass of red wine appears to rival the blood sugar regulating activity of certain diabetes drugs.

Men and women who drink moderately have a 30% lower risk of developing Type 2 diabetes. This may be due again to resveratrol, which improves sensitivity to insulin. Insulin resistance is the most important critical factor contributing to Type 2 diabetes risk.

The monumental mistake people make is trying to buy these benefits in a bottle, rather than looking at how wine can be a part of a healthy lifestyle. We want to bottle it, sell it, and find that magic bullet.

Supplements have not proven to have the benefits of simple foods. Nature is complex, and we haven’t figured out how to put that in a bottle (and I hope we don’t). 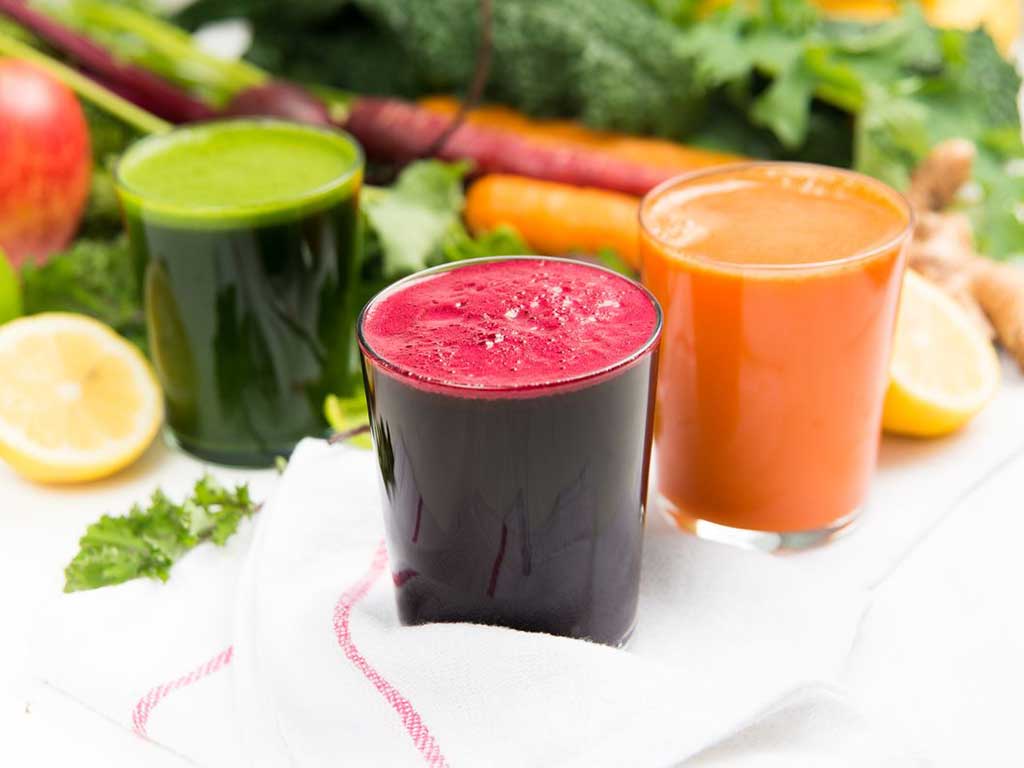 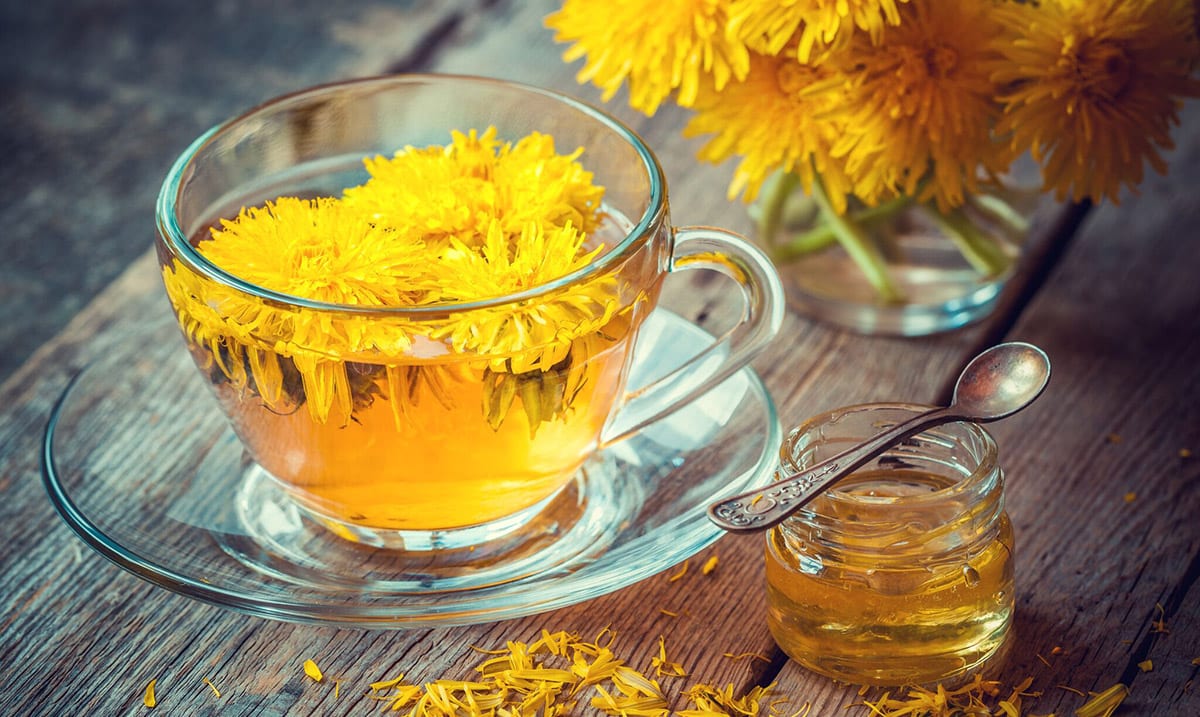 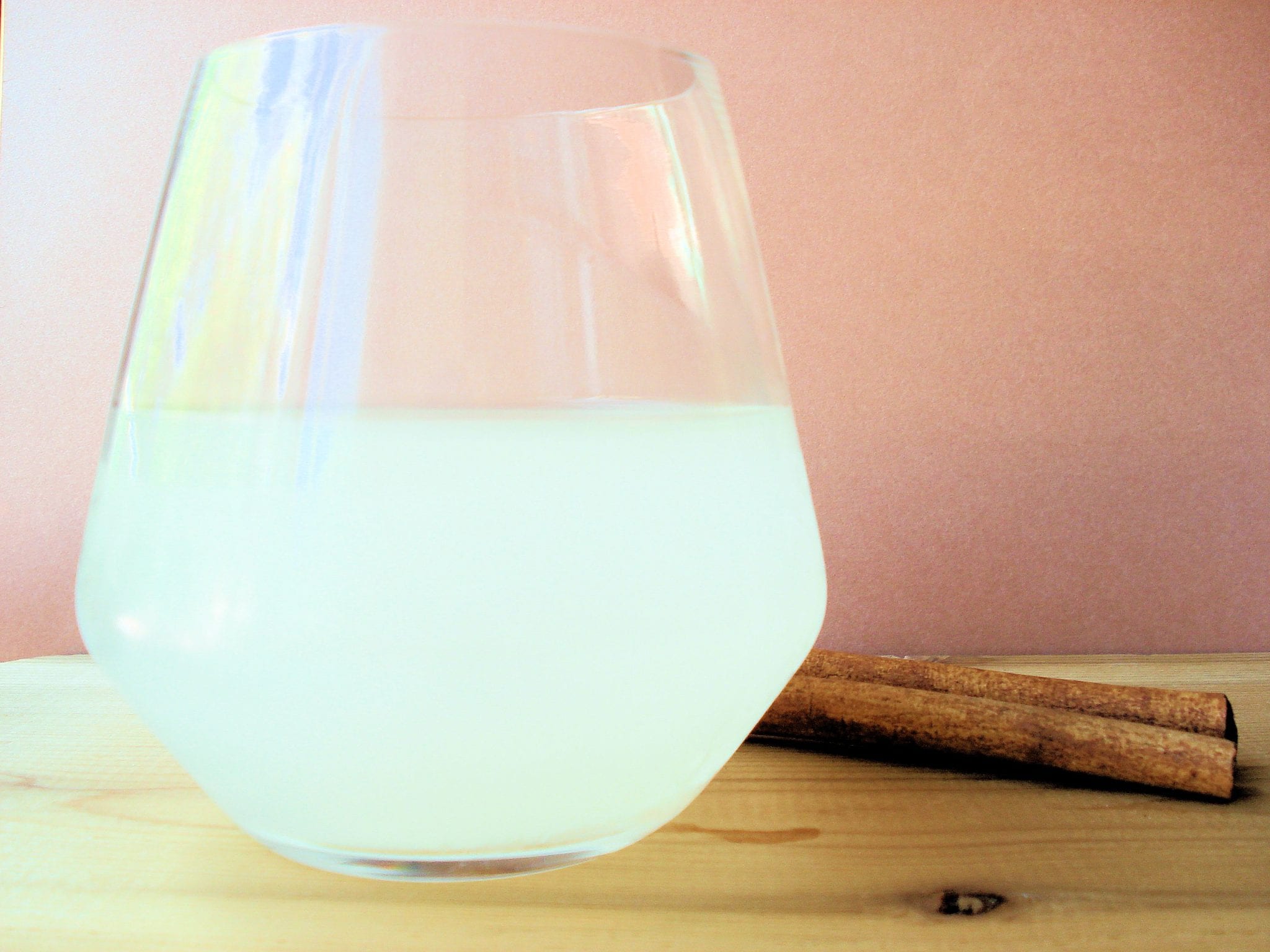 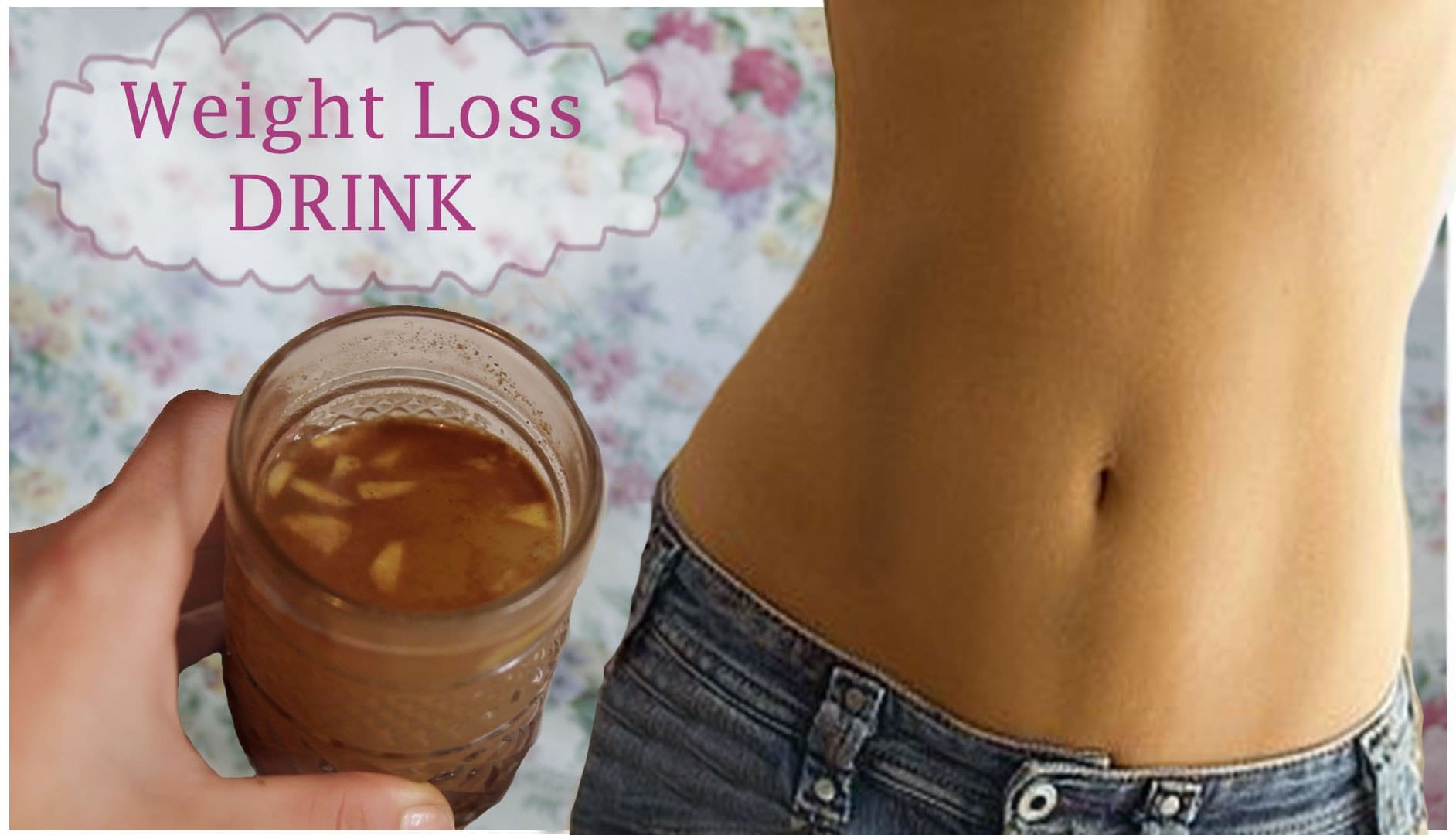