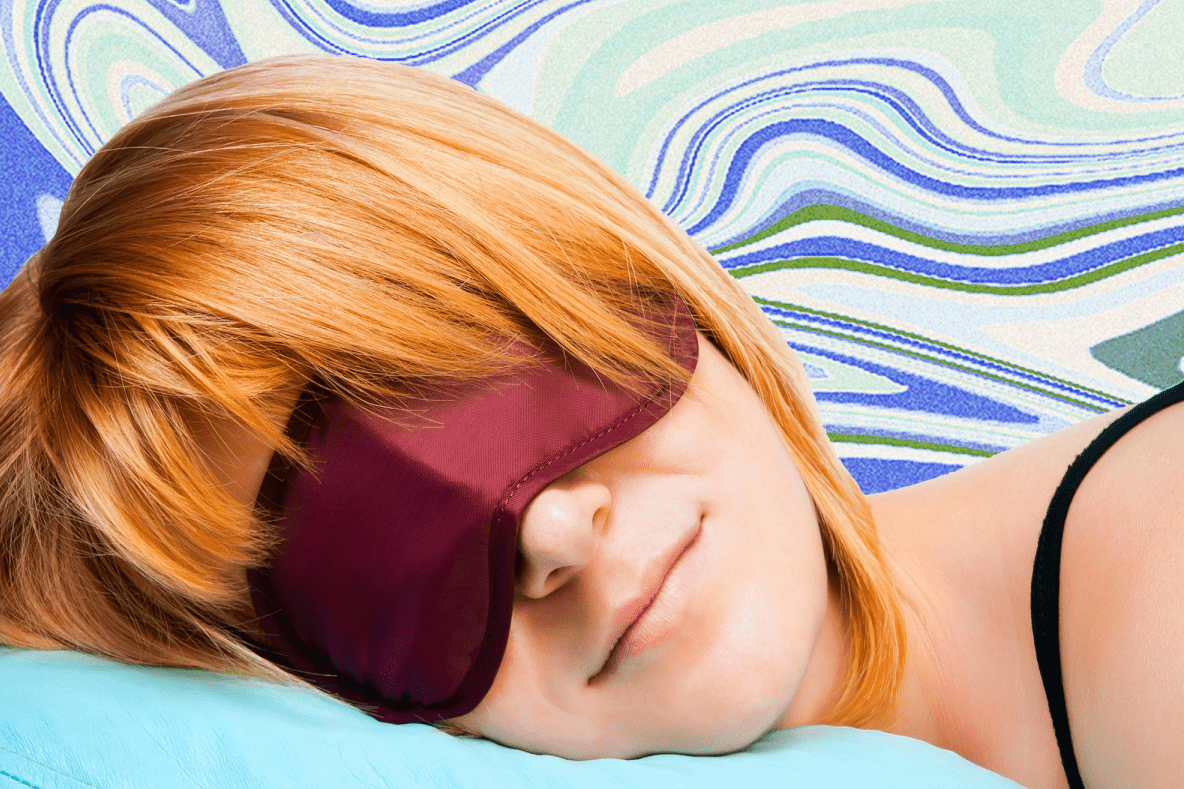 Some nights you hit the sheets, and you just know your snooze will be lackluster. Maybe you’re nervous about your interview tomorrow or are still simmering about the unresolved argument you had with your significant other. Or maybe, you stayed up a little too late watching Supernatural reruns on Netflix.

But other nights, the reason you’re tossing and turning until 1 a.m. isn’t so clear. You woke up, went to work or school, worked up a sweat in class, came home, and only had one glass of vino (okay, maybe two). With a few mild differences here and there, it was like any other day. So why the struggle with sleep on this particular night?

“The biggest issue is that we don’t have a good separation between day and night anymore. We live in a 24/7 society, with work or electronics seeping into our home life at night,” says Shelby Harris, Psy.D., director of Behavioral Sleep Medicine at the Sleep-Wake Disorders Center, Montefiore Medical Center. “Sleep is thought of being an on/off switch, but sadly, it doesn’t work that way.”

“When we sleep less, we have an increase in ghrelin, the hormone that makes us hungry, and a decrease in leptin, which tells us we’re full. As a result, we eat more because we don’t have a strong signal to stop,” she says. “In addition, sub-par sleep can lead to increased work errors, poor concentration and attention, increased absenteeism, poor motor skills, worse memory, increased stress and depression/anxiety.”

But there is some good news, sleeping beauties: Getting a good night’s sleep is 100 percent attainable with the right preparation. Here, Dr. Harris lists eight surefire tips for ensuring the time between hitting the sheets and getting shut-eye is as minimal as possible.

Although it’s not entirely clear where this old wives’ tale originated (or counting sheep, for that matter), Dr. Harris says that liquids of any kind should be avoided once you hit the bed.  “Have a tiny sip of water to get any medication down, but that’s it.”

While you may look forward to snoozing past noon on the weekends, according to Dr. Harris, it’s also a quick way to disrupt your sleep schedule for the week. “Sleeping in on the weekends can make it hard to adjust to a regular, earlier bedtime on Sunday evening,” she explains. “You’re essentially creating jet lag in your body Friday through Sunday morning.”

Trouble getting motivated in the weekend’s wee hours? Try picking an early Saturday or Sunday class to attend with a friend (so you’ll have no excuse to bail).

Keep your bed for sleep and, er, maybe one other thing

“Use the bed only for sleep and sex,” says Dr. Harris. “Don’t lay in your bed if you’re not sleeping.” Of course, if you’re in a tiny studio or apartment and lacking in the furniture department, cozying up on a big, comfy couch before bed isn’t really an option. Consider investing in a space-efficient (but super plush) chair like a papasan or finding a nearby coffee shop to wind down at before coming home and hitting the sheets.

Make sure to exercise, but within a certain timeframe

Although it might be tempting to squeeze in a late-night sweat sesh after you’ve completed your chores for the day, Dr. Harris says it’s best to resist if you want a good night’s snooze. She recommends avoiding the gym within three hours of bed.

Of course, that doesn’t mean you still shouldn’t try to fit in a workout elsewhere. “Even 20 minutes of exercise four to six hours before bedtime can help you fall asleep faster.”

Put the phone down

“Most electronics emit blue light, which suppresses melatonin before bedtime,” explains Dr. Harris. “Melatonin is the ‘hormone of darkness’ and comes out in the evening to help induce sleepiness. When we are exposed to blue light within one to two hours before bedtime, we suppress melatonin and it becomes more difficult to fall asleep.”

Although you can still listen to music or audio books through your smartphone, Harris recommends turning the device over to ensure you’re not directly facing the snooze-killing blue light.

If you know you’re going to have a big day at work tomorrow, it can be tempting to start hacking away at emails before bed. But according to Dr. Harris, this is one of the biggest sleep offenders of all. “Prioritize! Not everything needs to get done before bed,” she stresses. “We’re often on our computers, phones and tablets just before bed, checking work emails and social media. This makes it difficult for our brains to wind down and relax.”

As heartbreaking as this piece of sleep advice sounds, according to Dr. Harris, it’s crucial if you’re finding yourself with too much energy in the late hours. “Avoid naps, especially if you have trouble sleeping,” she says. “Naps steal sleep from the night.”

Just like that ill-fitting H&M dress that looked so much better on the hanger, when it comes to falling asleep at night, the best piece of advice is ultimately the simplest: Don’t force it.

“Don’t lay in bed if you can’t sleep,” says Dr. Harris. “Instead, get up after approximately 20 minutes (don’t watch the clock, just estimate) and do something quiet, calm and relaxing in dim light until you’re sleepy. Don’t try to force sleep to happen. The more you worry about it, the worse it will get.”