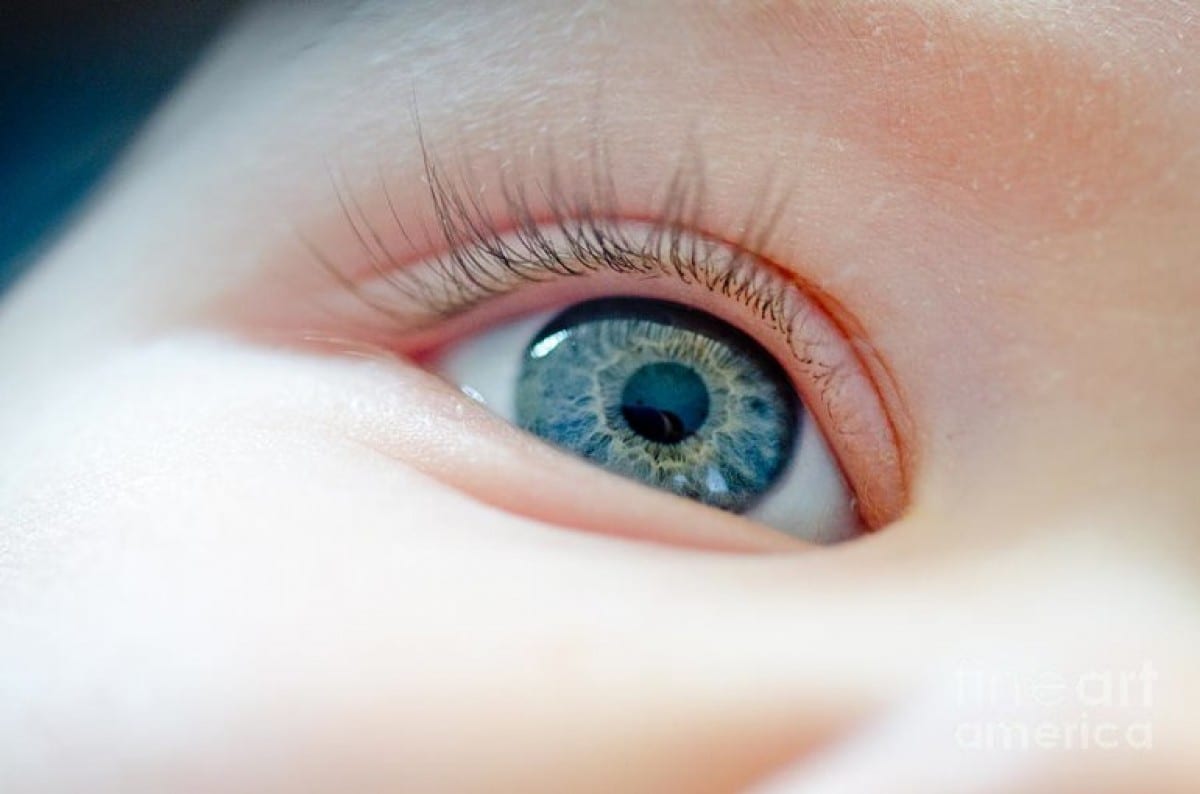 You rely on them from the moment you wake up to when you turn off the lights at night. But are you really giving your eyes the care they deserve? We talked to Deeba Chaudri, OD, a New York City-based optometrist with LensCrafters, about her patients’ biggest bloopers when it comes to taking care of their baby blues (or browns, greens, or hazels).

Here’s what not to do to make sure your vision stays healthy well into your golden years.

There are two types of contacts that are FDA-approved for overnight wear, but Chaudri says even those can be risky. In fact, an American Academy of Ophthalmology study revealed that the risk of developing a corneal ulcer is 10 to 15 times greater in extended-wear contact lens users than those who only wear their contacts during the day. And don’t even think about sleeping in any other type of contact lens. “You’re depriving your corneas of oxygen, and that’s a great way to cause infection and encourage bacteria to grow,” Chaudri says.

It’s fine to take a 20-minute nap in your contacts, she says, but it’s safer to take them out beforehand—just in case you oversleep! If you do wake up to realize you’re still sporting your lenses, don’t try to take them out right away; if your eyes are dried out, you could actually pull the top layer of your cornea away with them. Instead, wait 20 to 30 minutes and lubricate with artificial tears before you remove the contacts. Then stick to glasses for the rest of the day.

Touching and rubbing your eyes

Whether you wear contacts or not, you’re asking for trouble by unnecessary poking and rubbing your eyes. “Sometimes your eyes itch and you have to rub, but it’s best to keep the lid closed and only touch the outside of the eye,” Chaudri says. Rubbing too hard can also lead to broken blood vessels and inflammation.

Another reason to keep your hands off? Your eyes are protected by mucous membranes—moist tissue that can easily collect dirt and germs—so they’re a great place for bacteria to grow. “If you shake someone’s hand and then you rub your eyes, you’re transmitting those germs and there’s a good chance you can catch whatever cold he’s got.”

Not getting annual eye exams

“A lot of first-time patients tell me ‘I haven’t had an eye exam in 12 years because my vision was 20/20 the last time I was checked,’” Chaudri says. Vision changes aren’t even the most important reason you should still see an eye doc every year, she says. “It’s about getting your overall eye health checked out: There are no pain receptors behind the eye, so if you have a broken blood vessel or a tumor back there, you would otherwise not know it until it starts to interfere with your vision, or worse.”

Staring at devices all day (and night)

Electronic screens, like those on our computers, tablets, and smartphones, emit blue light, which some eye doctors believe to be as harmful as the sun’s ultraviolet rays. Plus, focusing on anything for hours on end can cause eye strain and headaches, Chaudri says.

“If I told you to run around Manhattan and not stop for hours, your calves would be pretty sore afterward, wouldn’t they? Think about what your eyes are going through when you don’t take a break from your computer all day,” she says. Instead, follow the 20-20 rule: For every 20 minutes you look at a screen, take a 20-second break to look into the distance, refocus your eyes on something else, and make a conscious effort to blink—you may not have been doing enough of it before!

Applying eyeliner to your waterline

Even though makeup artists often swear by putting liner on the inside of your lower lashes, Chaudri says it’s actually quite risky. “When you put liner inside your eye, you’re mixing it with your tears,” she explains. If you’re wearing contacts, your lenses then get coated in tiny makeup particles, which can deprive your eyes of oxygen. And even if you’re not wearing contacts, those makeup particles can also be carrying germs that can cause infection.

Liquid liners are especially dangerous, she adds, since the applicator tip sits in a tube that can harbor bacteria.Soft pencils are safer since they are continuously being worn down and a new “tip” is exposed, but she still recommends applying them outside the eye only.

Sleeping in your makeup

Hitting the sack without washing your face can do more than leave mascara stains on your pillow; it can also clog the glands around your peepers and lead to irritated skin, pimples, and even styes—painful, raised bumps that can appear on or around the eyelids.

False lashes are a no-no in Chaudri’s book, too. “If you’re sleeping in them and rubbing them, that glue can get into your cornea and lead to major inflammation.”

There’s nothing wrong with saving a slightly-past-its-prime bottle of contact lens solution, right? Actually, there could be. “These solutions have cleansers that kill bacteria on your lenses, so you want to make sure all of those ingredients are still doing their job,” Chaudri says.

The same thing goes for the lenses themselves, which sit in a sterile solution that can break down over time. Artificial tears and prescription eye drops also have expiration dates that you should pay close attention to, as well. And definitely don’t rinse your contact case or store contacts in any liquid that’s not sterile, like tap or distilled water; both have been associated with Acanthamoeba keratitis, a drug-resistant corneal infection.

“My biggest pet peeve is the overuse of redness-reducing eye drops,” Chaudri says. The kinds you buy in the drugstore contain vasoconstrictors, which shrink blood vessels and temporarily make your eyes appear less red. “But they also contain preservatives and other chemicals that can make your problem even worse in the long run, and it’s only a matter of time before you experience a rebound effect.”

If your eyes are constantly red or irritated, it’s important to see an eye doctor who can get to the root of your problem, Chaudri says. He or she can recommend an over-the-counter product (like a moisturizing “artificial tears” drop) or suggest other forms of treatment.

“A lot of people think sunglasses are only for the summer, or that they’re only for fashion purposes,” Chaudri says. “But wearing them in the winter can be even more important because the sun reflects off the snow.”

Failing to wear proper UV protection can result in corneal burns, skin cancer on the eyelids, and visible spots on the whites of the eyes. Make sure your glasses provide protection against UVA and UVB rays, advises Chaudri, and wear them whenever you’re out in the sun. 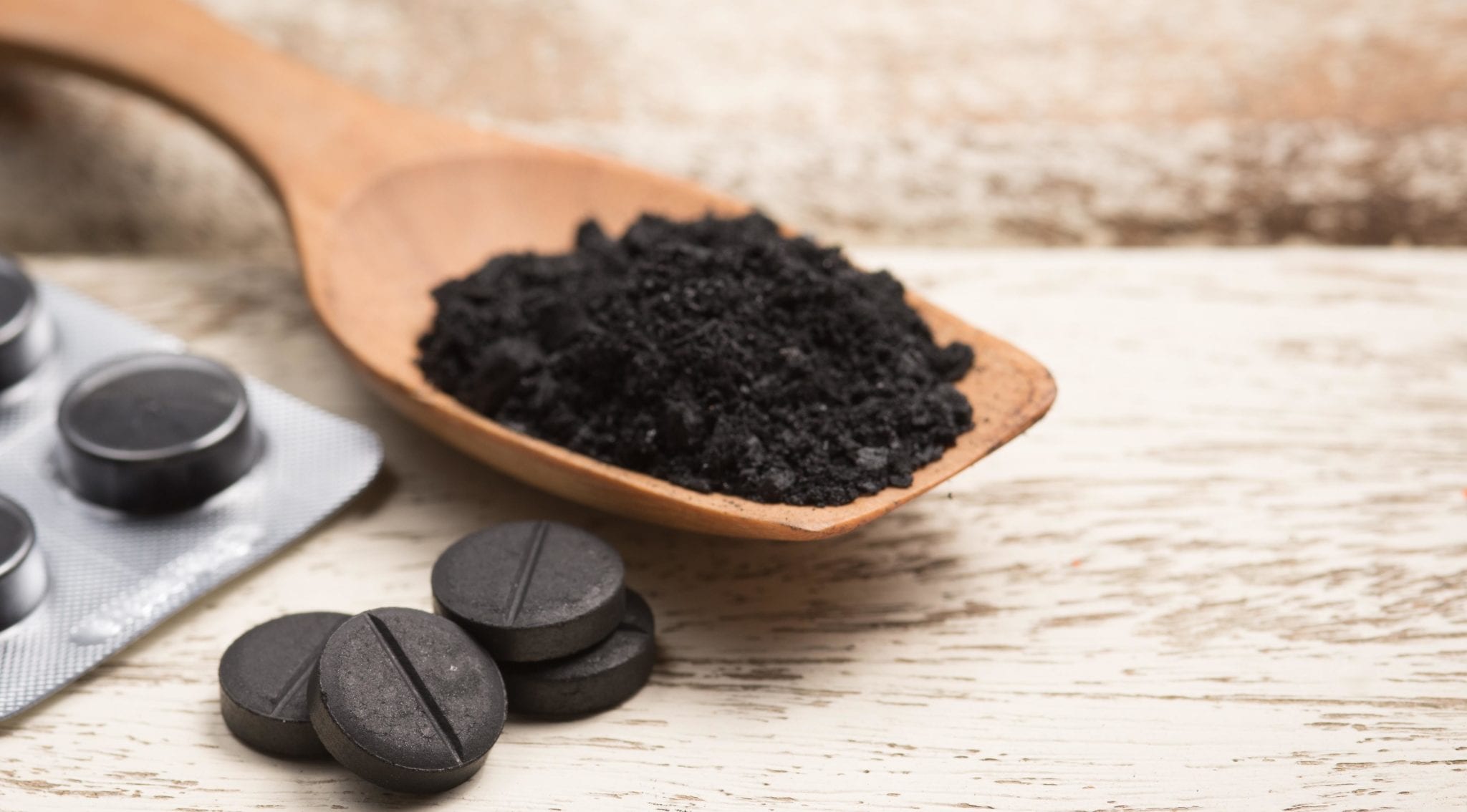 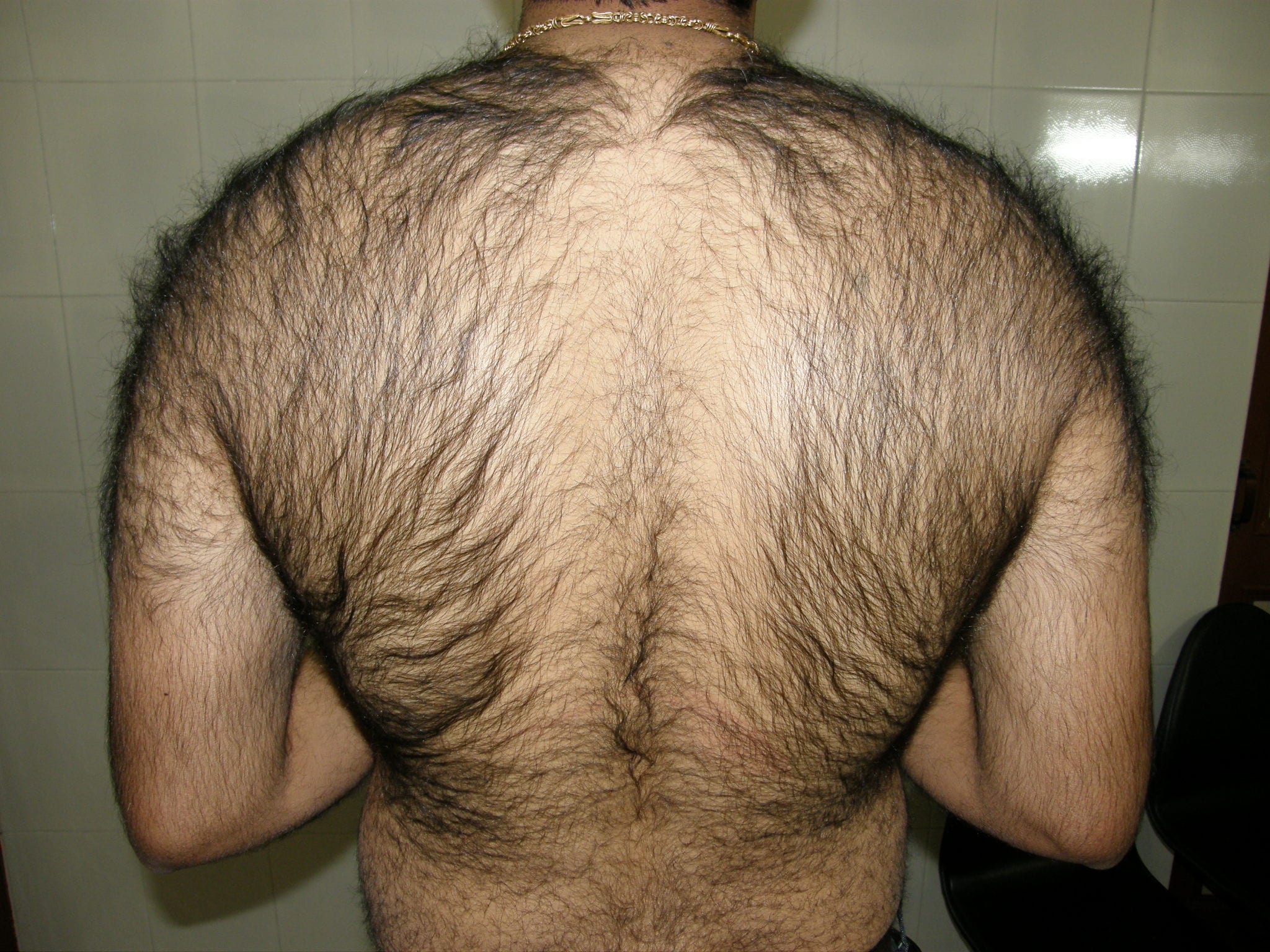 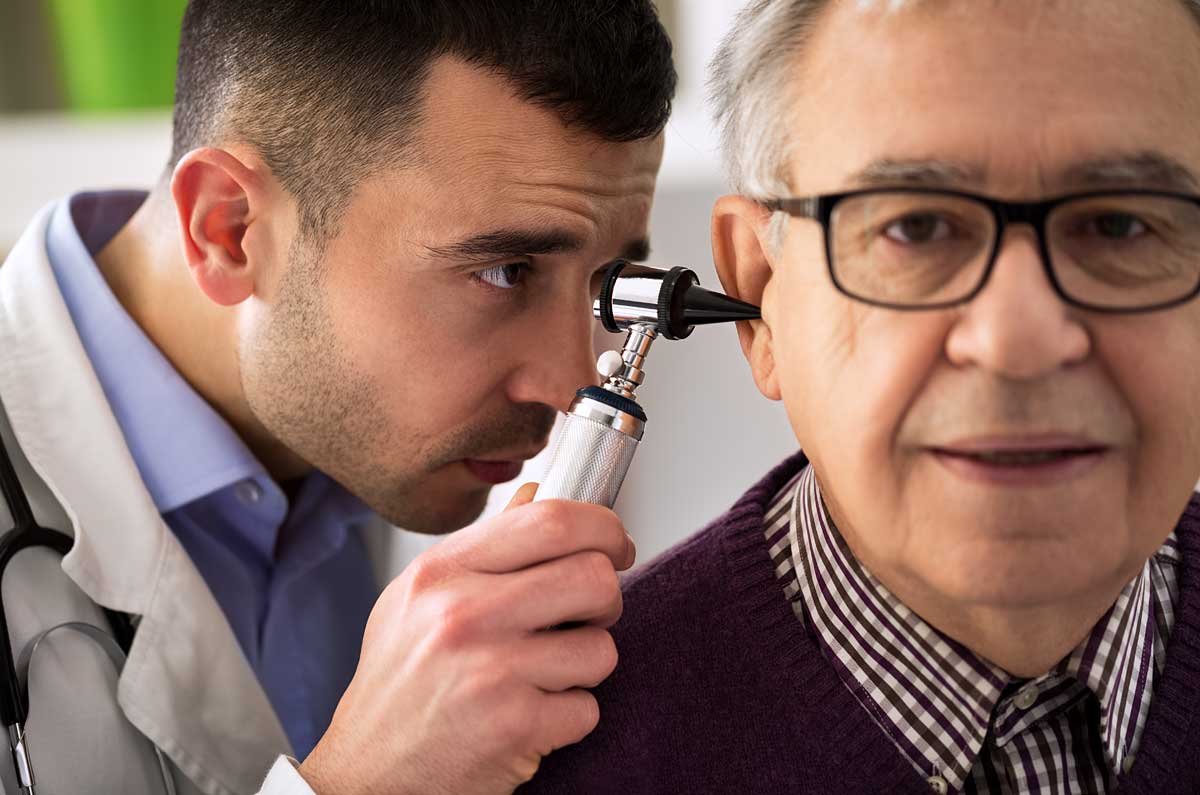 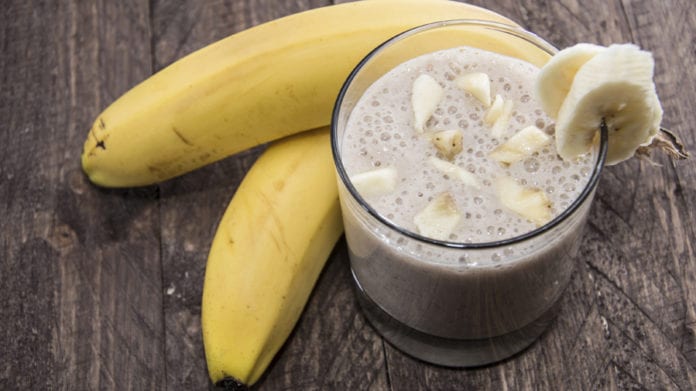 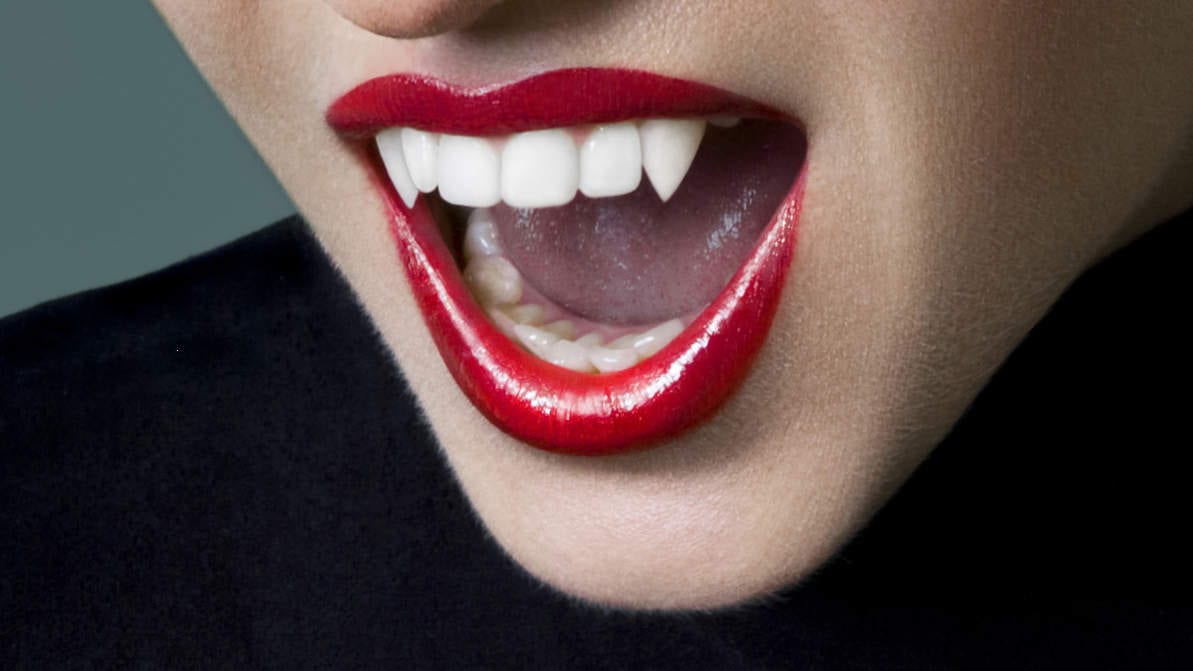 What Are Psychic Vampires? Plus How to Keep Them Out of Your Life
3 Min Read