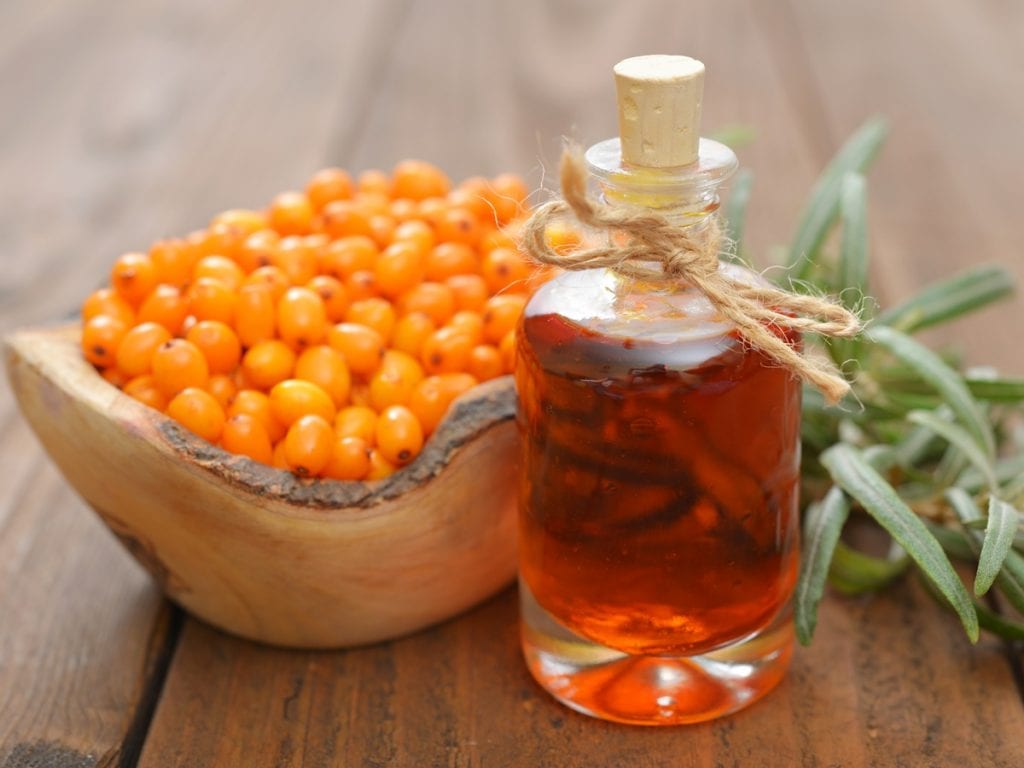 Despite its name, you don’t find sea buckthorn oil in the sea, but you may want to consider making this oddly named wonder oil part of your daily supplementation.

Why? Because sea buckhorn oil provides a whole host of benefits that may surprise you.

Sea buckthorn oil contains powerful phytonutrients, anti-inflammatory properties and even exhibits anti-cancerous elements. A study published in Poultry Science evaluated the toxic hepatoprotective activity of oil from sea buckthorn berries, indicating the diminished adverse effects of aflatoxins in the liver. The liver is the largest organ inside the body and plays numerous important roles for the body, including digesting our food, storing energy and removing toxins.

Sea buckthorn oil may a great way to help reduce possible cancers that may develop in the liver thanks to its liver-cleansing effects.

Sea buckthorn oil helps reduce many issues with skin. The berries, berry concentrate, and berry or seed oil can be applied directly to the skin for preventing sunburn and providing sunburn relief, healing wounds like bedsores and cuts. Sea buckthorn oil can be used to reduce the negative results of, and maybe even prevent, acne, dermatitis, dry skin, eczema, skin ulcers and stretch marks.

3. May Reduce Symptoms of Adrenal Fatigue

4. Aids in Preventing Infections and Boosts the Immune System

We know that antioxidants are crucial in helping prevent infections by fighting free radicals that cause them in the first place. A study conducted by the Department of Drug Technology and Pharmaceutical Management at Kaunas University of Medicine in Lithuania focused on evaluating the potency of antioxidant activity of sea buckthorn oil, showing that the pure extracted oil contained 2.4 times more carotenoids than other oils. This means that the antioxidant benefits are very high and can help reduce the onset of infection if exposed to environmental hazards or bacteria.

Because antioxidants help improve immune function by protecting the body from infections caused by bacteria, viruses or parasites, sea buckthorn oil, used as part of your nutrient supplementation, may be able to keep infectious bacteria from causing inflammation in the body, and therefore, it may boost your immune system.

Dr. Yan Jun Xu, a research scientist in Winnipeg, has evidence that suggests a reduction in blood cholesterol levels after using sea buckthorn oil. Because of its antioxidant properties, it can inhibit platelet aggregation, which provides cardioprotective qualities against free radical damaging cells. It’s possible that the daily consumption of sea buckthorn oil could prevent cardiovascular diseases, such as atherosclerosis, hypertension and even heart attacks.

This research is backed up by a studied published in the American Journal of Clinical Nutrition. Eighty overweight women consumed dried sea buckthorn berries, sea buckthorn oil, sea buckthorn phenolics ethanol extract mixed with maltodextrin or frozen bilberries, assigned randomly, for 30 days. What researchers concluded after the 30 days that “berry  intake has overall metabolic effects, which depend on the cardiometabolic risk profile at baseline.” Thus, sea buckthorn holds heart-protective effects.

The Journal of Functional Foods also notes it as having qualities that may help reduce cardiovascular disease.

A study published in the European Journal of Clinical Nutrition in 2010 evaluated the effects of sea buckthorn oil on insulin levels. The study found that sea buckthorn oil may help maintain normal blood sugar levels by keeping them in moderate ranges, ultimately combatting type 2 diabetes and diabetes symptoms. It seems to have provided this positive effect through minimizing spikes in blood sugar levels after meals.

Sea buckthorn strains are mainly found Europe and Asia, with the most common species being Hippophae Rhamnoides.  This species has the most omega-7 content but can be harder to come by than omega-3s, omega-6s and omega-9s. In fact, macadamia nut oil and cold-water fatty fish may be the only other sources of this super-fat to date.Regardless, this fatty acid, also known as palmitoleic acid, may be useful in providing heart disease-fighting benefits as well as reducing problems with type 2 diabetes. Though more studies need to be conducted, sea buckthorn oil may be the perfect healing ingredient.

The fruit oil is a dark red or reddish orange in color and thicker than the seed oil. The seed oil is typically yellow or pale orange in color — however, both have a musky odor.
Hippophae Rhamnoides is the technical name for sea buckthorn, and it’s also known as sandthorn, sallowthorn or seaberry. Its classification includes the Elaeagnaceae or Oleaster family and Hippophae L. and of the Hippophae rhamnoides L. species.

Sea buckthorn can nearly be classified as the almighty wonder oil given its intensely rich nutritional profile, which includes vitamins A, B1, B2, C, D, E, K and P; carotenoids; flavonoids; amino acids; phenols; folic acid; organic acids; and 20 mineral elements, not to mention its essential fatty acid profile. It may be the only plant in the world to contain all four omegas: omega-3, omega-6, omega-7 and omega-9. That’s a powerfully healing cocktail.

Sea buckthorn oil, which comes from the fruit of a plant, has been around for thousands of years and is known as a natural remedy for numerous ailments. Initially, it became known as a great healer for horses that had been through battle back in Ancient Greek times. Sea buckthorn oil is known as “God sent medicine” or “liquid gold” in Tibet, China and Mongolia given its healing reputation.

Sea buckthorn oil comes from the Elaeagnaceae family of deciduous shrubs. As I noted above, the benefits of sea buckthorn have been taken advantage of for a very long time, in particular along the coastal regions of Europe and Asia.

Sea buckthorn oil has been noted in ancient Tibetan healing texts since the Tang Dynasty (617–907) and has been called “the Holy Fruit of the Himalayas.” Its use has been recorded in early Ayurvedic medicine herbal remedies, mentioned as far back as 5000 B.C. Through much research conducted by “Chinese, Russian and Indian scientists, sea buckthorn oil has even been used to reduce the risk of radiation burns for Russian astronauts working in space.”

How to Take Sea Buckthorn Oil

You can find sea buckthorn oil from the seeds and the berries. The extraction process is important, and some health experts recommend what’s called “supercritical CO2-extracted sea buckthorn oil” since it better preserves the nutrients within it than other processes. Though you should follow the directions on the bottle, look for 1,000 milligrams of pure sea buckthorn per serving, and take it twice per day. Like most anything, if the label is unclear, it’s likely to contain other ingredients, meaning it isn’t pure sea buckthorn oil. To see the benefits, you probably need to take it for at least 30 days.

Typically, juices and blends have very little sea buckthorn in them so take time to read the labels carefully. If you can find sea buckthorn oil that comes from both the seeds and the berries, you will gain the most benefits. You should be able to find it at your local health food store. Just be careful to ensure that you are getting the pure product.

Sea buckthorn is tart when eaten raw, which is why it’s often found in jams and syrups, or as supplements found as a capsule or in juice form, making it easy to include in smoothies.

9 benefits of grapefruit oil you must know about: #6 is especially helpful