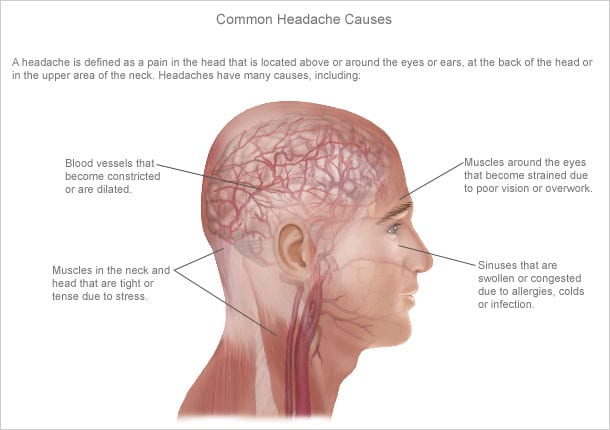 About 6 to 7% of men and 15 to 18% of women suffer from migraine headaches which can last from a few hours up to three days. An estimated 20 million migraine attacks occur every single day.

Yet, it is still one of the least understood and poorly treated medical disorders, because they most likely appear because of a complex interplay of genetic, environmental and neurological factors that vary from person to person.

What’s very complex is that the experiences of people who suffer from migraines also vary greatly. Aside from the throbbing, searing pain which may or may not be one-sided, some experience “auras” prior to the onset, while other people don’t. Other symptoms include: nausea, vomiting, fever, chills, sweating and/or sensitivity to light, sound and smells.

There are many different theories about what causes migraines, but none of the hypothesis can explain the occurrence of migraines in all sufferers. These theories, although sometimes conflicting, include:

Changes in the brain chemical “serotonin”: When levels drop, blood vessels including those in your brain become swollen and inflamed, which can lead to migraine pain.

Vascular constriction in your brain: From initial blood vessel constriction and a drop in the blood flow, followed by dilation and stretching of blood vessels which activates pain-signaling neurons.

Excessive increase of blood flow in your brain: As a direct contrast to the preceding theory, another research has found that migraines are not preceded by constriction and decrease in the blood flow, but rather by an increase of nearly 300%. The circulation then appears normal or even slightly reduced, once the attack is in full swing.

A neurological disorder related to the nerve cell activity that sweeps across your brain, causing pain: In this case, researchers think that a wave release of neurotransmitters across your cortex can directly stimulate your trigeminal nerves, setting off the chain reaction that ends in the transmitting of pain signals.

A nervous system disorder originating in your brain stem: Your brain stem is your control center for alertness, perception of light, noise and smell, cerebral blood flow, cardiovascular function and pain sensitivity – many, if not the most, of which are a part of the symptoms of a migraine attack. A research has revealed that three clusters of cells in your brain stem are active during and after a migraine. This hypothesis indicates that an abnormal activity in those cells could include the sensation of pain, even when there are no pain signals received from your brain membrane or blood vessels.

A disruption of the subtle energies circulating throughout your body, together with some unresolved emotional issues that manifest in your body as headaches

Mutation or dysfunction of certain genes

Are Your Migraines Due To a Vitamin Deficiency?

A recent study discovered that vitamin B6, B12 and folic acid supplements were found to produce a two-fold reduction in migraines over a six-month period. Previous studies, such as a 2004 study in the European Journal of Neurology, have also reported that high doses of B2 (riboflavin) can help prevent migraine attacks.

Some gene mutations and dysfunctions can lead to higher levels of homocysteine production and that can make you more susceptible to migraine attacks. Vitamins B6 and B12 reduce your homocysteine levels. Researches also discovered that depending on your genotype, you may need a higher or lower dose in order for it to work. Professor Lyn Griffiths says:

“… If all patients received the same vitamin dosage for the same period of time, it would be expected that those with TT genotypes, having a reduced enzymatic rate, would metabolize less homocysteine over the treatment period compared to C allele carriers, thus resulting in a smaller reduction in homocysteine and consequent migraine symptoms.

Indeed, it may be that TT genotypes although having a higher risk of disease actually require a larger dosage of vitamins to exhibit the same effect as C alleles. Further clinical trials of much larger patient cohorts are required to test this hypothesis.”

According to professor Griffiths, their aim is to determine the optimal dosage of B vitamins based on your genetic profile.

“The success of our trial has shown that safe, inexpensive vitamin supplements can treat migraine patients,” she said.

However, there may be one more vitamin deficiency underlying your migraine symptoms which is even more widespread.

Last year researchers presented results of an observational study at the 50th Annual Meeting of the American Headache Society and showed that nearly 42% of the patients with chronic migraine were deficient in vitamin D. The study also showed that the longer you suffered from chronic migraines, the more likely you are to be vitamin D deficient.

This is a brand new discovery that can be tacked on to the literally hundreds of health ramifications of being vitamin D deficient.

It is very important for everyone to completely appreciate that treating migraines by using a simple remedy is rarely effective. So, while using supplements like these B vitamins might be useful, this is still an allopathic approach that is very similar to using medications.

It is believed that pain can be one of your strongest allies if you use it to help you to find what is truly contributing to the cause of the problem.

There are numerous theories on the actual mechanics of migraine pain, but there is also a wide number of potential triggers – and what triggers a migraine for you might not trigger it in someone else. So, rather than just popping some vitamins you will want to consider a more comprehensive strategy.

Here are some of the most commonly reported triggers:

Food and Drink: Many people have migraines when they eat certain foods, especially wheat, dairy (especially pasteurized), sugar, artificial preservatives or chemical additives. Cured or processed meats, alcohol, aspartame, caffeine and MSG are some of the most common culprits.

Changes in sleeping cycle: Missing sleep and oversleeping can both trigger a migraine.

Stress: Any kind of emotional trauma can trigger a migraine, even after the stress has passed.

Physical exertion: Some extremely intense exercises or even sex can bring on migraines.

Hormones: Some women experience migraines before or during their periods, during pregnancy or during menopause. Others may get migraines from hormonal medications like birth control pills or hormone replacement therapy.

How to Relieve Migraine Pain Without Dangerous Drugs?

Migraine pain can be seriously debilitating and sometimes you could justify popping a pill for instant relief. Unfortunately, migraine medications only work in 50% of people, half the time.

They have intense side effects such as “medication overuse headache”, which often occurs when people take too much of a certain medication. It’s even worse if you take tryptamine-based drugs, which bind to serotonin receptors to constrict your cranial blood vessels, but your pain is not due to engorged blood vessels, then constricting them can potentially do a lot of harm. Also, serious cardiovascular events, including heart attack and stroke can be some of these side effects.

Fortunately, there are some better ways to treat migraines than pharmaceutical drugs.

First, you have to make sure you avoid the triggers.

This means eating healthy whole foods and avoiding processed ones. Avoiding wheat, grains, sugar and all fluids but water seems to be particularly effective.

Regular exercise will also help and keep migraines away by improving your response to stress, along with the underlying inflammatory conditions that can trigger migraines.

You need to focus on these long-term lifestyle choices if you want to reduce your migraines. But, if a migraine attacks and you need instant relief, here are some safe and healthy alternatives that you can try:

This Powder has More Antioxidants Than Blueberries, Iron Than Spinach and Vitamin A Than Carrots

Are These Vitamins and Minerals Missing from Your Diet? 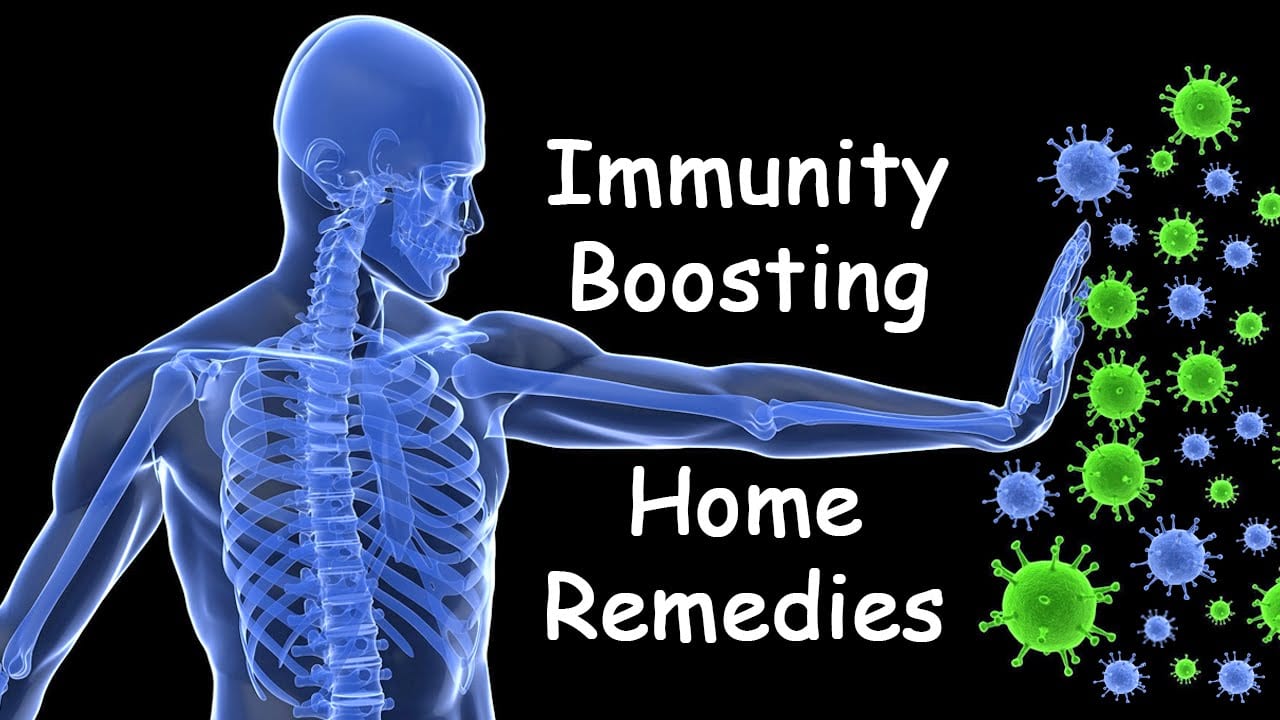 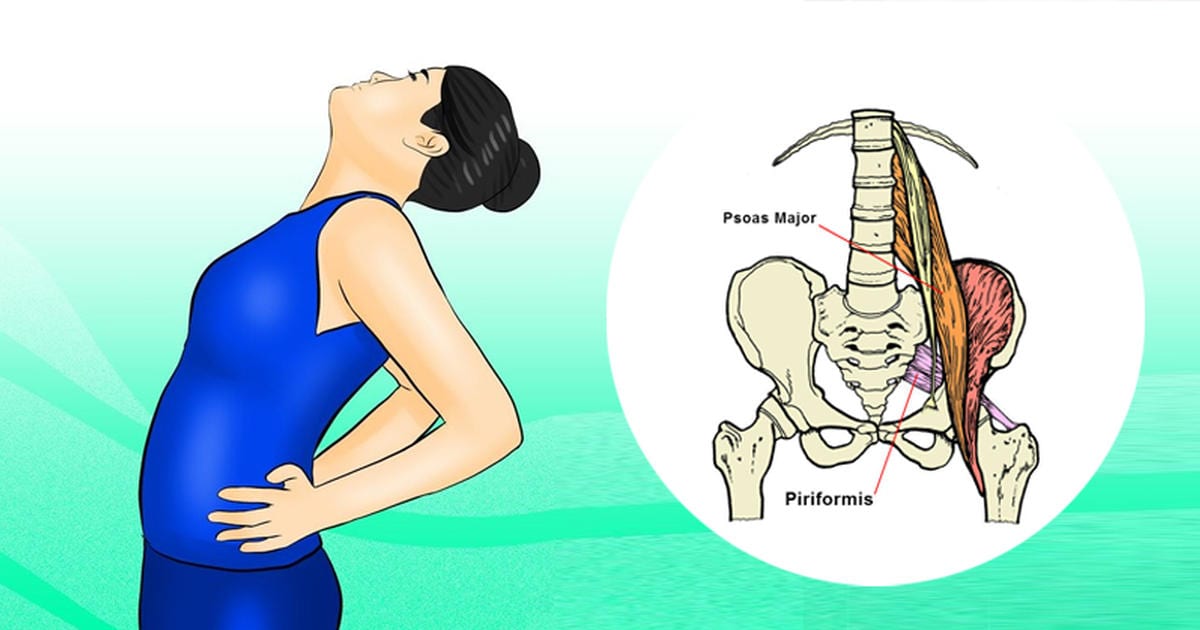 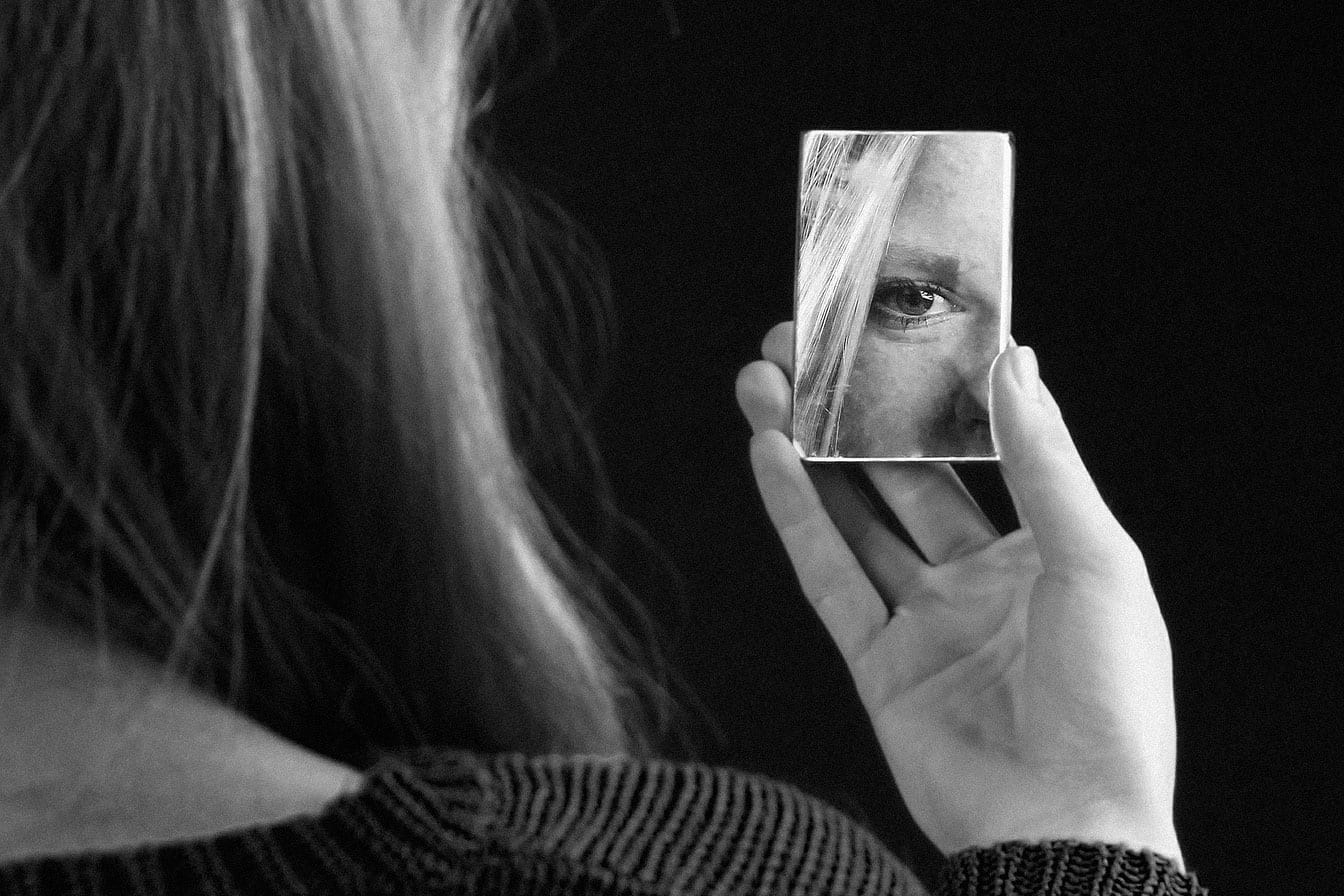 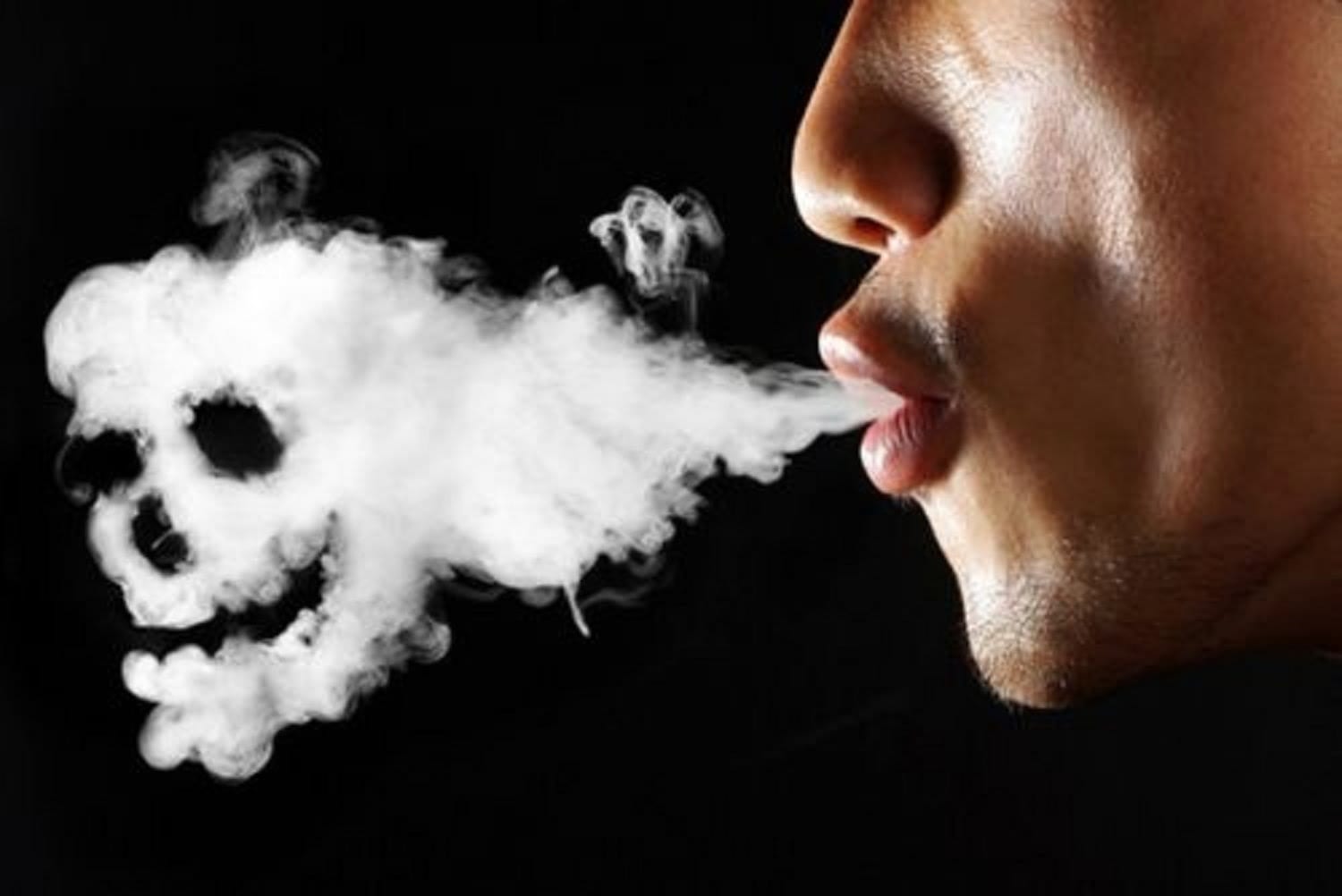 Smokers and Non-Smokers: Clean and Revitalize Your Lungs
2 Min Read 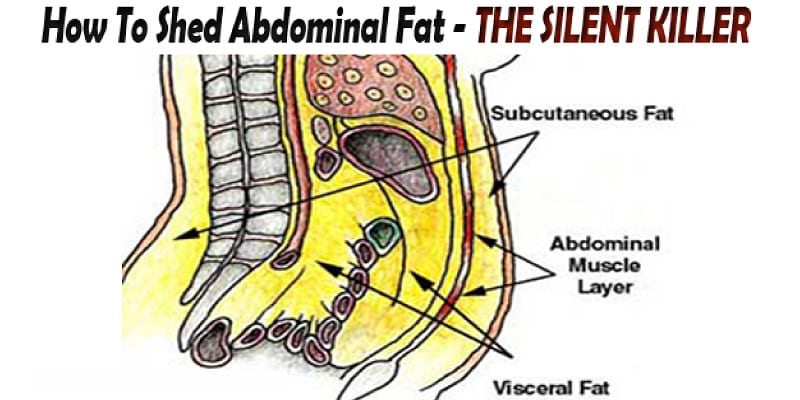